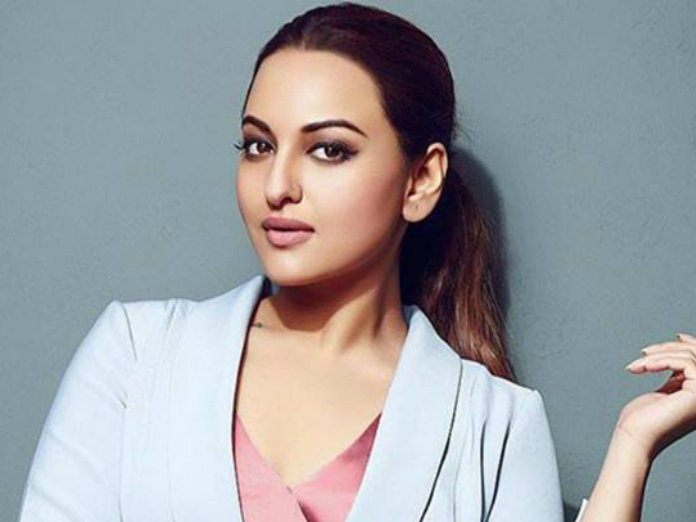 After a case of fraud was registered against Sonakshi Sinha in Moradabad district of Uttar Pradesh, the Bollywood actress management agency on Sunday said the organiser is using the media to release false and manipulated facts and that if he doesnt stop at this, Sonakshi and her team will be forced to take legal action

Lucknow, Feb 24: After a case of fraud was registered against Sonakshi Sinha in Moradabad district of Uttar Pradesh, the Bollywood actress' management agency on Sunday said the organiser is using the media to release false and manipulated facts and that if he doesn't stop at this, Sonakshi and her team will be forced to take legal action.

Police said on Sunday that four others have been named in the complaint alleging that the actress along with four others -- Malvika Punjabi, Dhumil Thakkar, Edgar Sakaria and Abhishek Sinha -- have defrauded the complainant of Rs 32 lakh.

In the police complaint, Pramod Sharma has said that an amount of Rs 32 lakh had been transferred to Sonakshi's account for her presence at an event but she did not turn up.

Accusing the police of inaction, Sharma had consumed poison recently but was saved.

A police official said that they have registered a case after a probe into the matter and the organiser was trying to unnecessarily exert pressure on them by acts like consuming poison. The official told IANS that the India Fashion and Beauty Award programme had been organised on September 30 last year.

Talent Full On Company was roped in for the event and after talking to the private secretary of Sonakshi, Rs 32 lakh was deposited in her account. At the last minute however, Sonakshi cancelled her appearance causing losses to the organiser.

On learning about the "misinformation" doing the rounds, Sonakshi's management agency released an official statement on Sunday: "Sonakshi was approached by the event organiser in Delhi to attend an event. However, despite repeated reminders, the organiser failed to make the payments to Sonakshi before the event as contracted.

"The tickets to Delhi were not in order/as were agreed, the organiser also didn't send return tickets for Sonakshi and her team, despite knowing that she had a shoot the next morning after the event. This put everyone in a tough spot."

Several attempts were made to contact the organiser requesting him to make the contracted payments and send the tickets. However, he "remained incommunicado and didn't live up to his end of the bargain".

The statement further read: "Due to a lack of commitment by the organiser, Sonakshi and her team were left with no choice but to return home from Mumbai airport."

Ever since that day, Sonakshi's management agency has been trying to reach out to the organiser to find an "amicable solution" to the extent of offering an alternate date and tried to connect but to no avail.

"The organiser is now using the media to release false and manipulated facts. If the organiser doesn't stop at this, Sonakshi and her team will be forced to take a legal course of action to set this straight. We request media to not let anyone use their platform without looking into the facts."