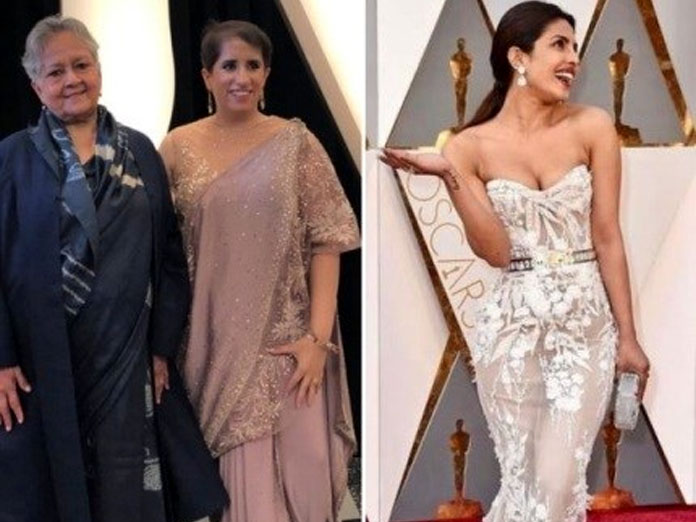 International style icon and actress Priyanka Chopra congratulates the entire team of documentary Period End Of Sentence for bagging an Oscar, says it is a special moment

International style icon and actress Priyanka Chopra congratulates the entire team of documentary “Period. End Of Sentence.” for bagging an Oscar, says it is a special moment.

The biggest and brightest of the film industry, across the world, have gathered in Los Angeles for the 91st Academy Awards to honour and celebrates the most creative people.

Indian documentary “Period. End of Sentence.” has won the Oscar for Best Documentary Short at the 91st Academy Awards that took place in Los Angeles.

Priyanka Chopra just took to her social media profile and wrote, “One of the most special moments of the evening...a film based on the taboos around menstruation wins BEST DOCUMENTARY SHORT! Congratulations to the entire #PeriodEndOfSentence team, and my fearless friend @GuneetMonga!! #Oscars2019”

The documentary, Period. End of Sentence, directed by Iranian-American filmmaker Rayka Zehtabchi, is co-produced by Guneet Monga’s Sikhya Entertainment, which earlier co-produced films like The Lunchbox and Masaan.

The short film, set in Uttar Pradesh’s Hapur, was a part of The Pad Project, an Oakwood School students' and their teacher Melissa Berton's initiative. It is been produced by Guneet Monga and co-produced by her production house Sikhya Entertainment.

As for Priyanka Chopra, she will soon be seen in “The Sky Is Pink” with Farhan Akhtar and Zaira Wasim.

The upcoming biographical drama film directed by Shonali Bose and is based on motivational speaker Aisha Chaudhary who was diagnosed with pulmonary fibrosis.