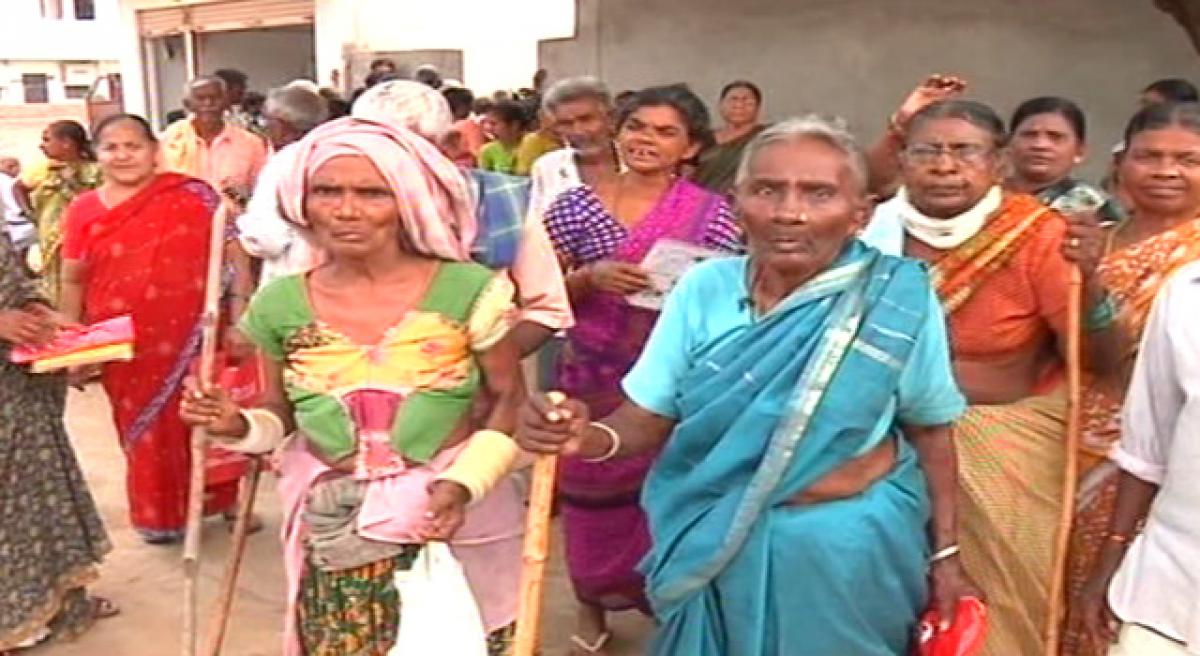 As per the norms, the family members of government employees are not eligible for Aasara pension scheme which is meant for the people of below poverty line. Some corrupt field-level officials of the municipal corporation sanctioned Aasara pensions for many ineligible beneficiaries.

As many as 2,751 bogus beneficiaries of the pension scheme were identified during verification. Out of the total, 1,216 beneficiaries are the parents of government employees who were getting Aasara pension for the past two years. The Aadhaar linkage also helped weed out the bogus Aasara beneficiaries.

Speaking to ‘The Hans India’, Warangal Municipal Commissioner Sarfaraz Ahmad made it clear that the Aasara pension amount which was illegally claimed by the parents of government employees, would be recovered from the salaries of their children. The Municipal Commissioner’s decision to recover Rs 1.38 crore from the salaries of the staff was opposed by the government employees' associations.

Warangal Gazetted Officers' Association president Jaganmohan Rao said the decision to recover the Aasara pension amount from the salaries of the children of ineligible beneficiaries was unjustified. Meanwhile, the parents of employees urged the government to reconsider its decision on cancellation of their Aasara pensions as they are not being looked after by their children.

Retired employees Posetti and Srinivas said they were dependent on Aasara pension for their survival as their children completely ignored their well-being in the old age. However, no action has been initiated against the municipal corporation officials who sanctioned Aasara pensions for the ineligible persons without verifying the facts.