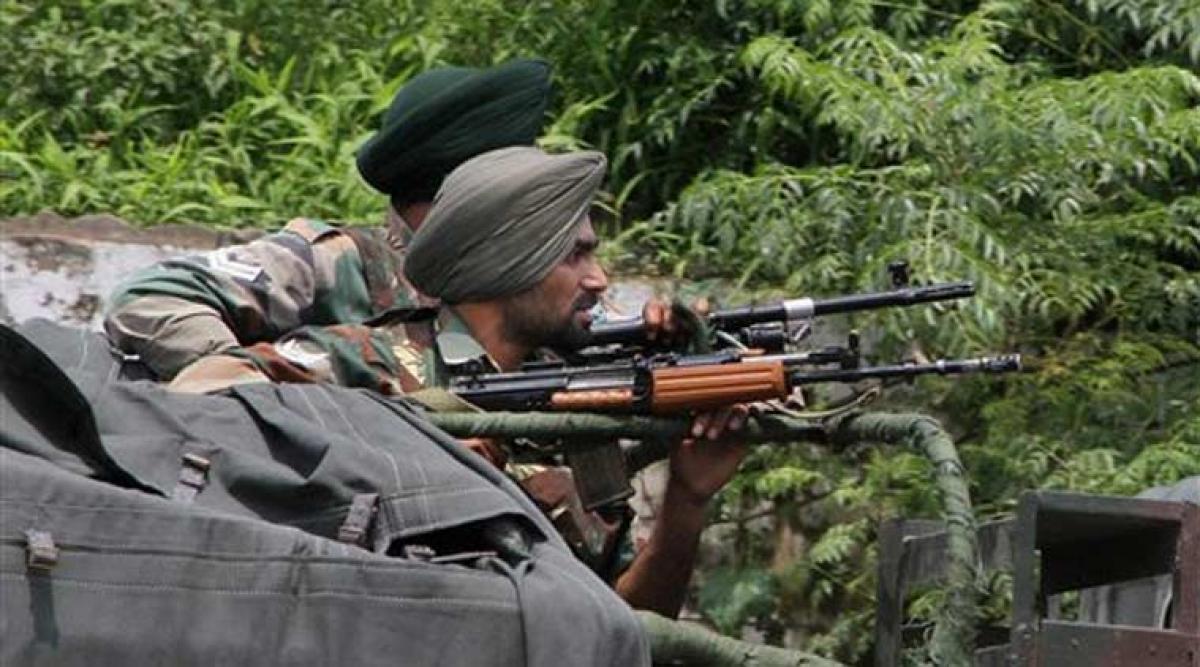 The first major terror attack in Punjab, coming after some years of relative peace on the State’s border with Pakistan, killing seven and wounding ten at a police station in Gurdaspur district, has grim prospects of an escalation in the current tensions between India and Pakistan.

The first major terror attack in Punjab, coming after some years of relative peace on the State’s border with Pakistan, killing seven and wounding ten at a police station in Gurdaspur district, has grim prospects of an escalation in the current tensions between India and Pakistan.

The three terrorists, who were gunned down, were from the Fidayeen force of ready-to-die suicide attackers nurtured by Pakistan Army’s Inter Services Intelligence (ISI). Dressed in military uniform, they carried out the attack with the surprise element to their advantage. They could only have come from across the border. But a vehement, pro forma denial from Islamabad is bound to be on the known, expected lines.

Five bombs were also found on a railway track in the State, suggesting an attempted coordinated attack. Indian intelligence sources say the terrorists came from Narowal across the border, via Jammu and Kashmir. This is the known hilly route for infiltration and falls into an established pattern. Intrusion in Punjab’s plains is difficult. Similar attack took place about five years ago.

With three Punjab policemen, including Gurdaspur’s Superintendent of Police Balwant Singh, dying in the terror attack, emotions are bound to be raised and the Government of Prime Minister Narendra Modi, in keeping with its current policy, proclaimed for Pakistan and anyone else to take note of, can only be expected to respond in a strong manner.

The developments were serious enough for an alert sounded in Parliament in faraway New Delhi. However, no distance is long when it comes to coordinated terror attacks, even more in Parliament that had witnessed an audacious attack on it in 2001. The Gurdaspur attack is timed for India marking the anniversary of a near-war with Pakistan in Kargil sector in northern Kashmir in 1999.

There was a surprise element then, too, and Pakistan, under Nawaz Sharif, the then Prime Minister, had to withdraw troops under pressure from the world community. However, as is our wont as a people, the initial response is a divided one. An ailing Punjab Chief Minister Parkash Singh Badal, while rightly demanding why the border was not sealed, sought to make the terror attack “a national problem, not a state problem.”

Even allowing scope for semantics that political leaders engage in, he could have begun by first condemning it in strong words. Secondly, he appeared to overlook the fact that the first force to engage the terrorists was the Punjab police, very much under his charge. That a senior officer and two others of the force had died fighting did not form part of his initial response.

Although Badal’s Shiromani Akali Dal is a constituent of the ruling National Democratic Alliance (NDA), the response seemed adversarial – akin to what the Leader of the Opposition in the Lok Sabha, Mallikarjun Kharge, a Congressman, said, holding the Centre responsible for the incident. One does not want political leaders, irrespective of the party affiliations, to engage in avoidable jingoism. The occasion demands a more coherent, coordinated response.