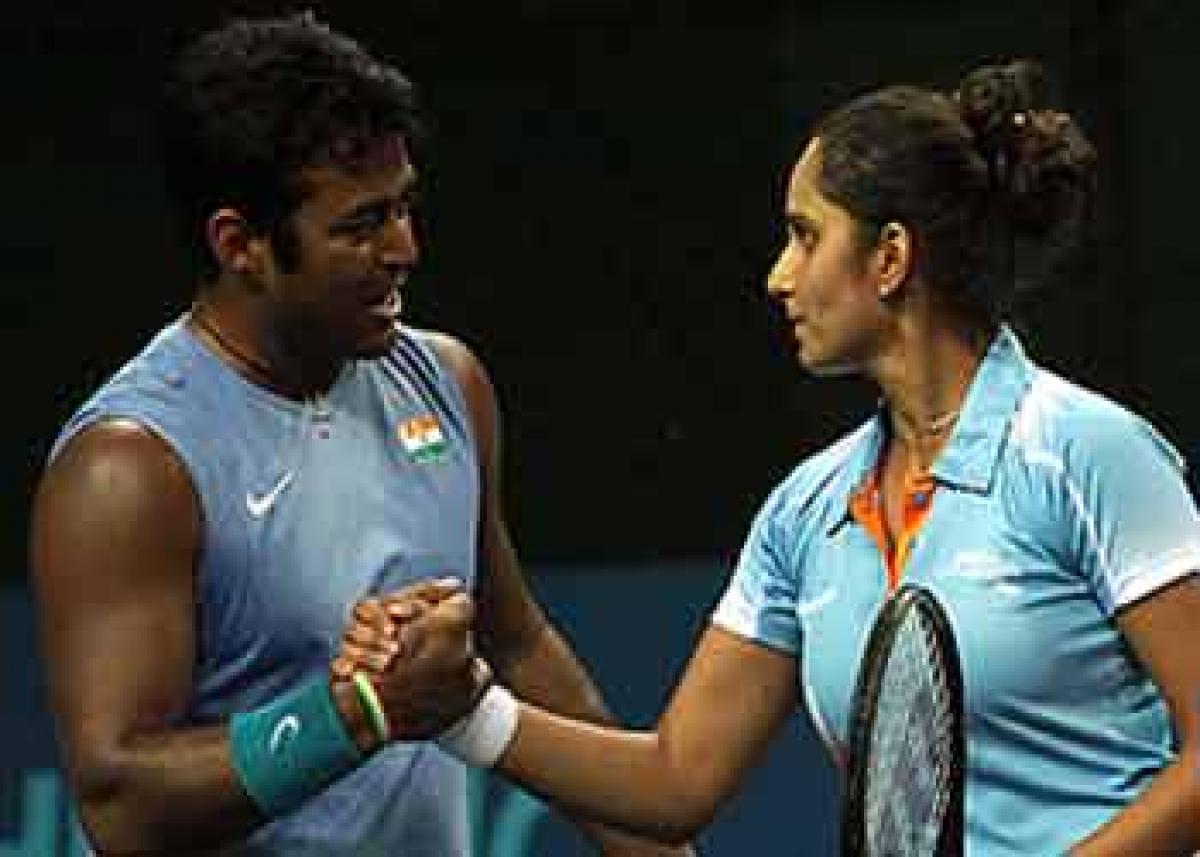 There is no denying that 2015 has, by far, been India’s best season on the circuit considering that two outstanding players shared five Grand Slam doubles titles between them. There is no denying that 2015 has, by far, been India’s best season on the circuit considering that two outstanding players shared five Grand Slam doubles titles between them.

It is also clearly established that when it comes to drumming up aces, India can always bank upon old warhorse Leander Paes and Sania Mirza.

The Hyderabad girl should be in a particularly celebratory mood because it has only been this year that she could win a woman Grand Slam doubles title.

One runs short of superlatives to describe the amazingly gifted Paes, whose hunger for titles is that of a youngster who has just taken a racquet in his hands.

The best part of Sania, who is no stranger to controversies, is that she has always come up with her best form when hounded by the national media. Like it was ahead of the 2012 London Olympic or right now just prior to the US Open when her Khel Ratna honour was challenged.

One should appreciate the guts of the formidable forehand exponent for slamming the hype-active media for whipping up controversies that revolved around her. On that count, Paes has also been a victim of media bashing, particularly about purely personal issues.

As things stand, Sania may be nowhere near acquiring a global legend status but Paes is held in the highest esteem and is up there at the summit for his spectacular performances as a doubles player whereby the partner has always been the gainer.

For a great survivor, who has come over the Indian Express tag, Paes has that quality in him, which makes all the difference to the outcome, a hallmark that bears the Paes signature all over. Rahul Dravid is right when he points out that Paes and Sania are huge inspirations for not only tennis aspirants, but for sportspersons, as a whole.

Any talk of Paes and Sania without mentioning Martina Hingis will be anathema, because India’s lucky mascot has been the best doubles player of the year having figured in five title triumphs. Although, credit ought to go to the two Indian spearheads, one cannot discount the psychological edge the freshly resurgent Swiss Miss gives to the game-plan.

While on US Open, which, quite ironically was dominated by veterans, including the woman titlist, Flavia Pennetta, and ended the calendar Slam dream of Serena Williams, one cannot avoid praising Roger Federer, who may not have won title No 18 but showed enough of the spark that made him the sentimental favourite.

Of course, the ruthless professional that Novak Djokovic is, he had no qualms in extending Federer’s three-year wait for a major. Incidentally, if things work her way, Hingis will partner either Federer (who has joined Virat Kohli’s team for IPTL) or Stan Wawrinka while turning up for Switzerland in the Rio Olympics.

This even as Indians still grope in the dark while searching for an answer to the ever elusive who after Paes, Sania? Either way, it is a dead-end.