The Prime Minister left Amaravati without making any explicit statement on the quantum of assistance the Centre intends to provide for Andhra Pradesh, leave alone the vexed question of special status. Narendra Modi has only reiterated his government’s commitment to implement the provisions of the State Re-organisation Act in its letter and spirit. 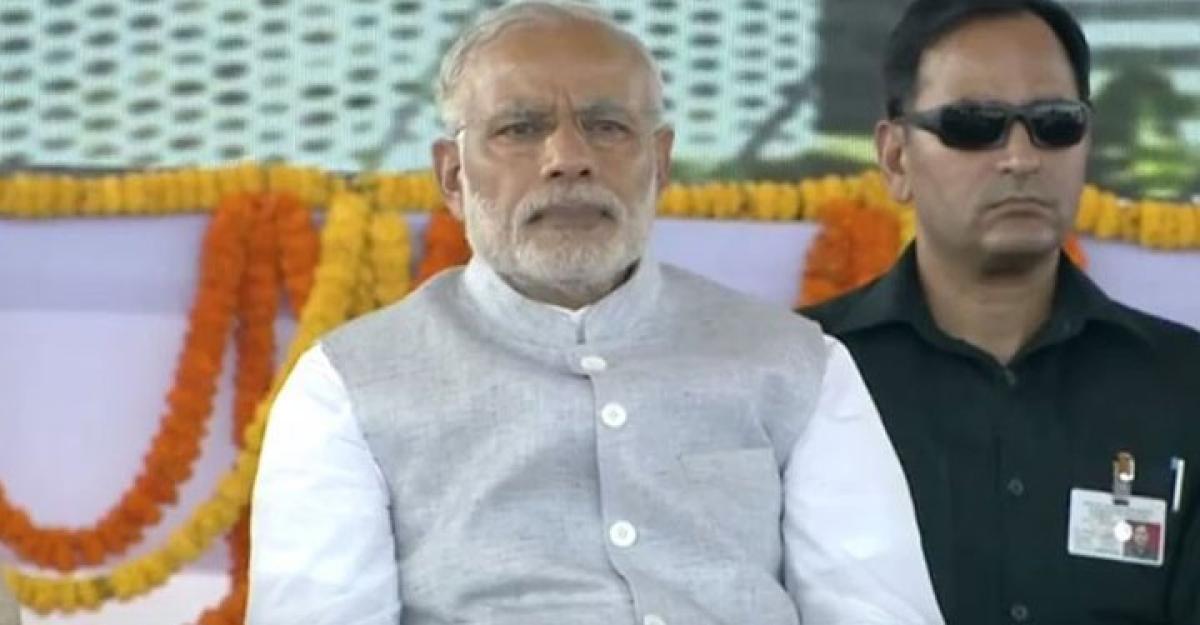 The Prime Minister left Amaravati without making any explicit statement on the quantum of assistance the Centre intends to provide for Andhra Pradesh, leave alone the vexed question of special status. Narendra Modi has only reiterated his government’s commitment to implement the provisions of the State Re-organisation Act in its letter and spirit.

The new government is legally obliged to do so as the State was reorganised under the Article 3 of the Constitution. It’s nothing special for the State. Meanwhile, the BJP leaders have been arguing that special status is not part of the Re-organsiation Act. Does the PM’s statement imply denial of special status forever?

The Prime Minister’s repeated reference to the manner in which the State was bifurcated is nothing short of hypocrisy. The BJP under no obligation whatsoever extended full and unequivocal support to the UPA regime’s Re-organisation Act. The State’s division would not have been possible without the support of BJP. If the Congress was in haste to divide the State for political reasons,

why did the BJP do so? The people of Andhra Pradesh are not so innocent to be carried away by such crocodile tears. The claim that the Centre is bogged down in correcting the anomalies of bifurcation is simply absurd.

The Central government has inordinately delayed the process of reallocation of all India officers. Even as the two States are locked in repeated controversies over power, water, education, etc., it remained a passive spectator, shunning its responsibility under the Re-organsiation Act.

Recitation of the past ignominy will not lead us anywhere. Every political party shares the responsibility for the ugly state of affairs. Political slugfest serves no worthwhile purpose except a few political scoring points for parties. We the people have nothing to gain from it.

Prime Minister tried to play an emotional chord by bringing sacred mud from Parliament and water from Yamuna. We thank the PM for his emotional touch. But, what about the people’s emotional urge for special status and special package to build a world-class capital and the state as a whole. This cannot be done with what the PM has brought all the way from Delhi.

The Chief Minister’s presentation itself revealed that the central assistance to Andhra Pradesh received till now is only a pittance. Politics for Bihar. Sentiment for Andhra Pradesh. No Prime Minister, this is a travesty of justice. Please do not undermine the credibility of Parliament, political process and political party system all of which were partners in the great promises made to Andhra Pradesh. Unfulfilled great expectation can lead to great frustration. Beware of this fallout!