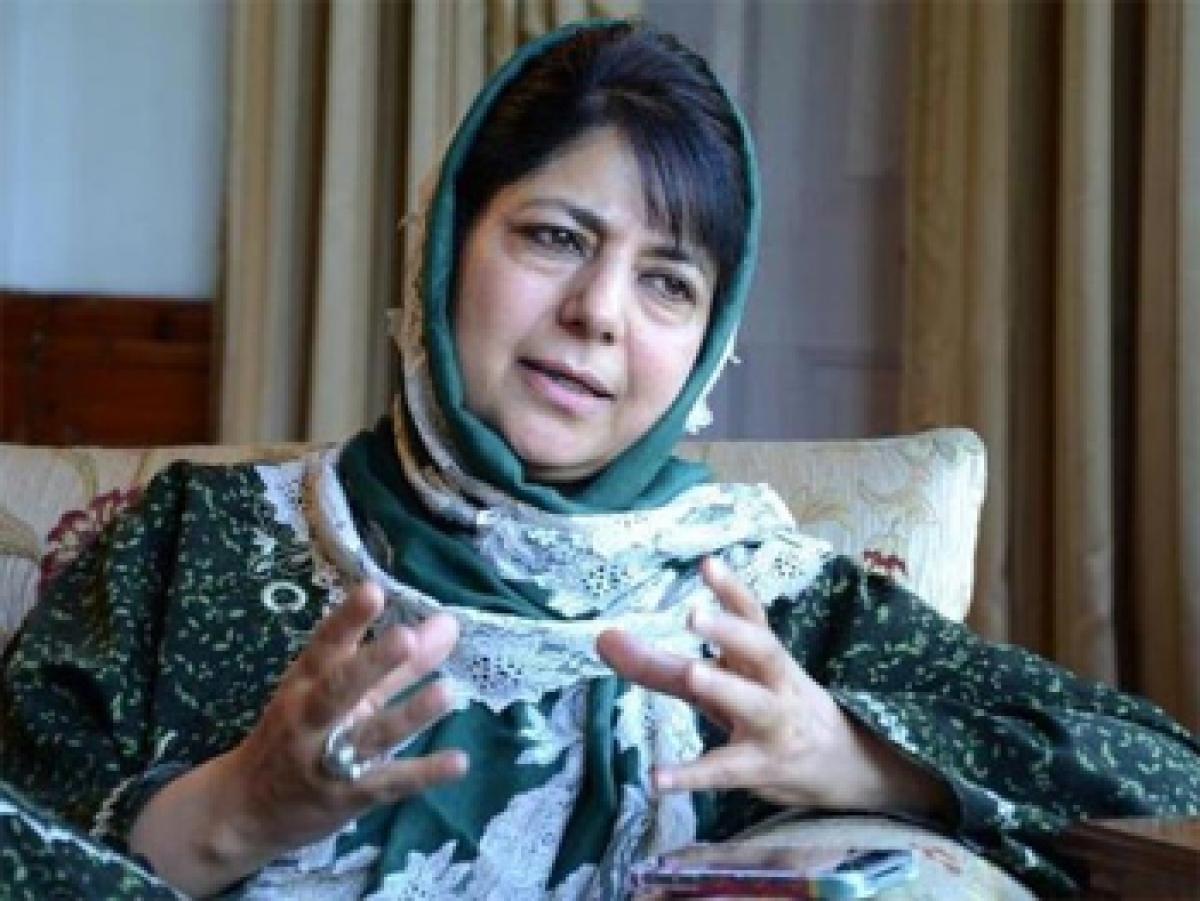 The inordinate delay in resolving the impasse in formation of government in Jammu & Kashmir subsequent to the death of Mufti Mohammad Sayeed is likely to lead to yet another round of elections in the sensitive border state.

The inordinate delay in resolving the impasse in formation of government in Jammu & Kashmir subsequent to the death of Mufti Mohammad Sayeed is likely to lead to yet another round of elections in the sensitive border state.

Such a course of development is unwarranted given the fragile nature of the state's polity. The PDP and BJP should display political maturity and spirit of coalition dharma to avert another election.

The Centre's ignominious kar Seva landed Arunachal Pradesh, yet another sensitive border state into a constitutional impasse which even the Supreme Court indirectly described as murder of democracy. The nation cannot therefore afford trouble in yet another border state.

The BJP which leads the nation should walk an extra mile to resolve differences with PDP in the nation's interests as disruption of political process in the state has a potential to benefit hostile forces within and across the border.

The recent round of neighbourhood diplomacy initiated by Prime Minister Narendra Modi created positive climate in Indian subcontinent. The acrimonious political battle in the wake of elections can trigger undesirable discourse on the bilateral relations between India and Pakistan as both the nations are locked in fierce dispute over Kashmir.

The breakup of PDP- BJP would polarise the state's polity much to the disservice of the nation. Both the parties represent two extreme positions on issues concerning Jammu & Kashmir region. Therefore, election can unveil a new phase of divisive debate on Jammu versus Kashmir and Hindu versus Muslim identities.

The troubled history of Jammu & Kashmir is witness to the disruptive political process leading to the rise of militancy. The hostile neighbour abetted the hurt sentiment thus transforming the peaceful state into India's security challenge.

The Centre's pernicious moves in the state in the past have taken a heavy toll. The undemocratic dismissal of elected governments by the then Congress led Central governments has weakened the political fabric in the state resulting in breeding of extremism capitalising on the feeling of alienation among Kashmiris.

Thus, Political uncertainty would provide fodder for the enemies of India. The PDP-BJP government backed by strange arithmetic obviously threw up equally strange political chemistry. Moving away from the common minimum programme, the BJP leaders raised voices much to the discomfiture of PDP.

The PDP and BJP hold diametrically opposite views on many questions. For instance, BJP stands for abrogation of Article 370 of the Constitution that provides for autonomy to J&K appreciating the historical conditions in which the state acceded to India. On the contrary, PDP especially Mehbooba Mufti hold radical views allegedly sympathetic to even separatist position.

Mehbooba demands what she calls Confidence Building Measures (CBMs) for the state if the alliance with BJP has to continue. But, the PDP cannot hold the state and the nation to ransom with its politics of indecisiveness.

The PDP leadership should also demonstrate political accommodation. Coalitions cannot be built upon political blackmail. Whatever may be the differences between PDP and BJP, the state cannot be allowed to slip into a quagmire of political uncertainty.