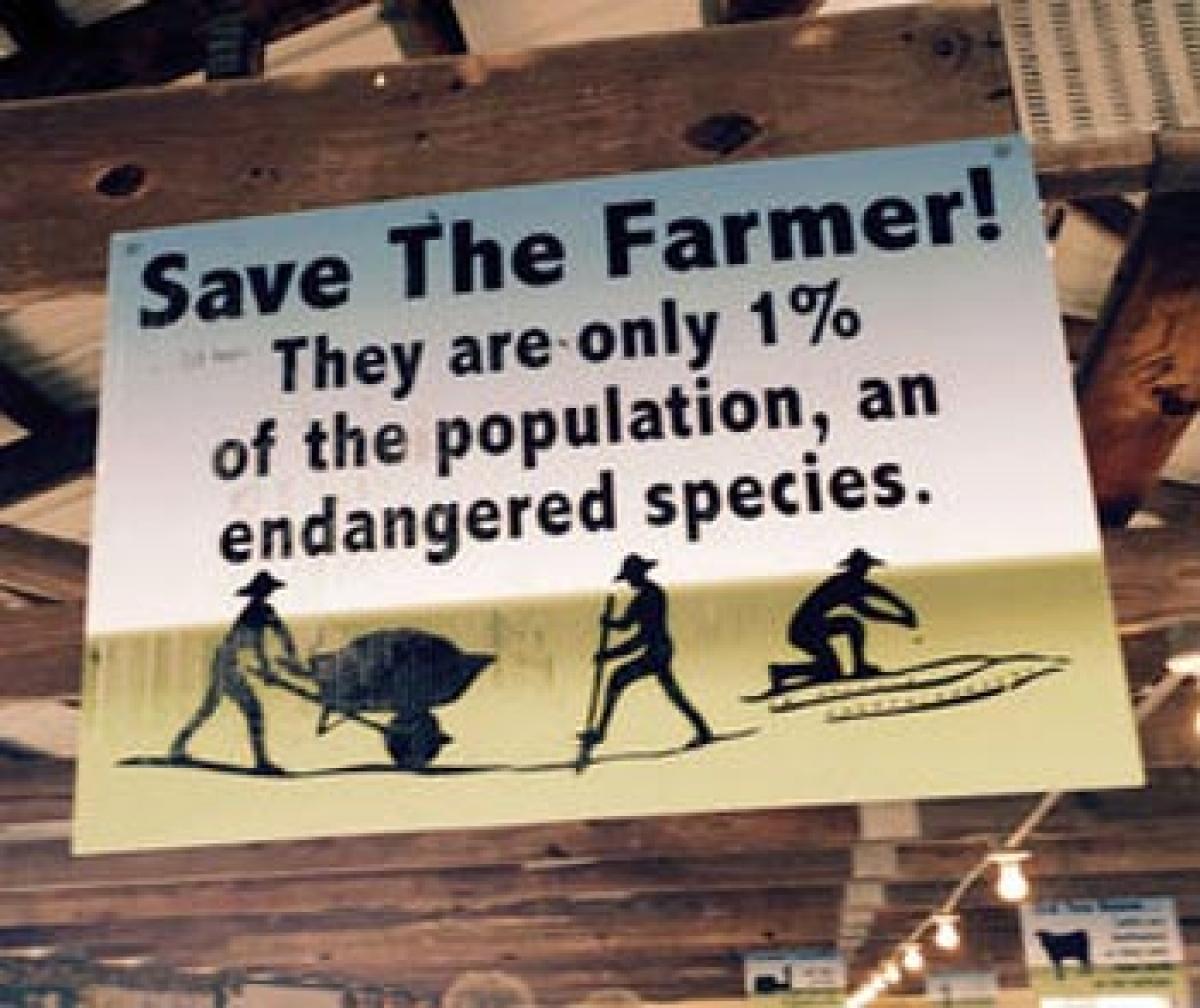 It is high time that the Union Budget paid adequate attention to the agriculture sector. Amid noises for revival of domestic demand for industries and job creation, there is only a perceptible mute demand to save the farmer.

It is high time that the Union Budget paid adequate attention to the agriculture sector. Amid noises for revival of domestic demand for industries and job creation, there is only a perceptible mute demand to save the farmer.

Accrued debts following back-to-back droughts have driven thousands of hapless farmers to suicides. An NSSO report points out that in 2014 almost 52 per cent of agricultural households were in debt, which averaged Rs 47,000 per household, as against an annual income of Rs 36,972.

Two years down the line, the situation has deteriorated to such an alarming situation that farmer-suicides in rural India reached epidemic proportions. To make matters worse, a general lack of institutional credit is pushing the already aggrieved farmers towards usurious lenders.

Given the sluggish global trends, it would be a nightmare to revive domestic economy without improving the lot of farmers. Besides importing corn, the first in 16 years, there is a rise in imports of products like lentils and oil meals, which, many fear, will result in the country turning into a net importer of food items in the not too distant future.

This, in turn, will aversely hit the consumer. In the circumstances, there is a compelling need to bolster productivity, cutting costs and procuring remunerative prices for the produce. It is unfortunate that at a time when the GDP is clocking a rather robust seven per cent plus growth rate, agri GDP is way behind at two per cent.

If the country has to achieve a double-figure GDP, and create more jobs, in the next two years, then it becomes imperative that agri growth is given the belated thrust. As presently, a majority of farmers do not even get minimum support price, it would make sense if the NITI Aayog suggestion to fix a three-year price average for crops and compensate farmers suitably is taken into consideration.

A serious issue that plagues farmers is the shortage of traditional farm labour, which is migrating to urban areas in search of livelihood. It reflects the abject failure of NREGS, which has neither made life better for farmers, nor has it been able to check such migrations.

Misuse of NREGS funds is further aggravating matters. Issue of soil health cards, which promise to boost soil fertility, is yet to take-off. A way out to cut costs will be in ending over-dependence on private firms and MNCs to procure seeds at exorbitant costs.

The Modi government has done well with its new crop insurance scheme and the national unified agri market but it needs to also focus on dairy, fisheries, precision farming, organic inputs, which play major contributory roles.

The government should ramp up rural infra development fund to create sustainable livelihoods for the badly-hit small and marginal farmers and non-agri families. Encouraging agri startups like those in IT sector is also worth the effort. The onus is clearly on Arun Jaitley.