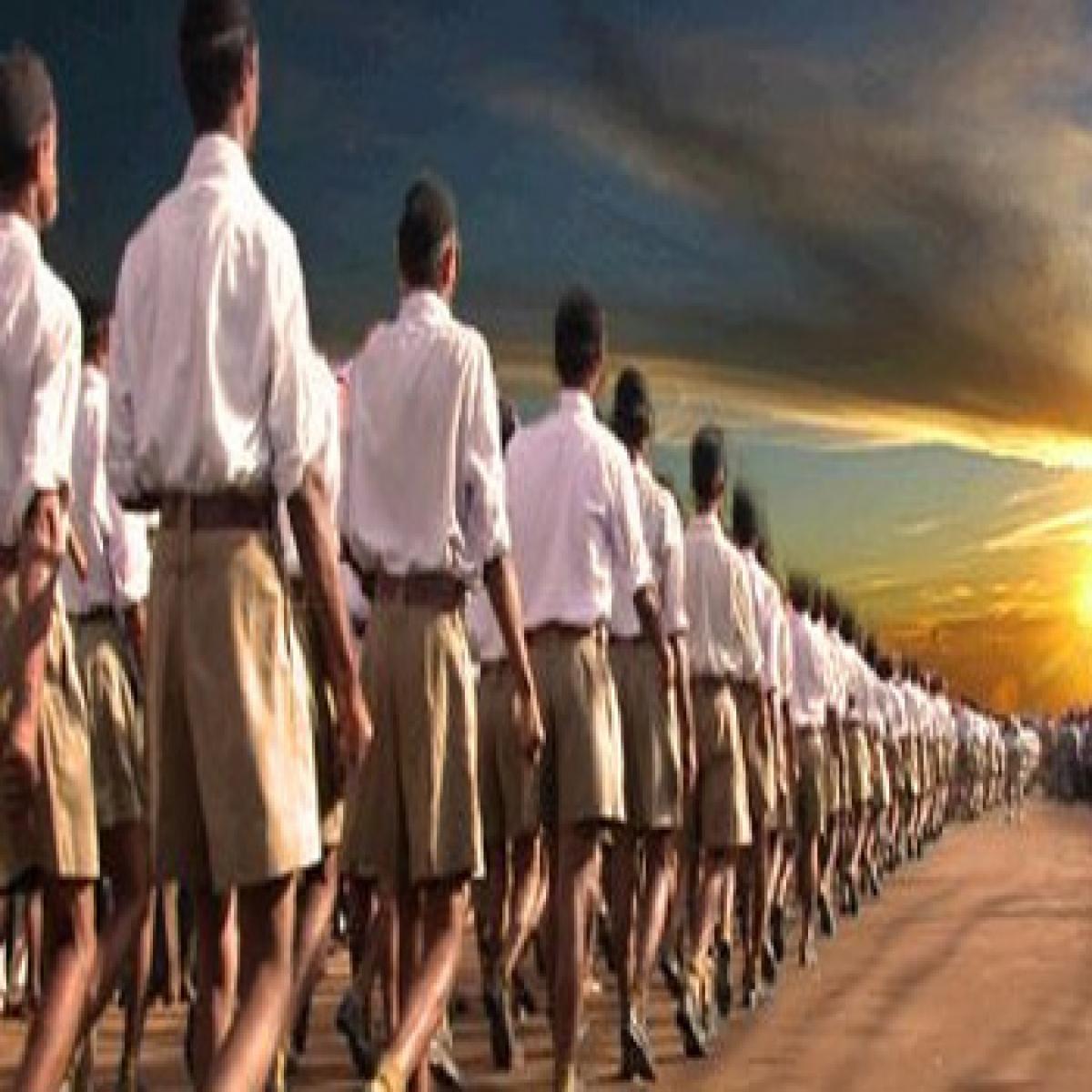 The Rashtriya Swayamsevak Sangh (RSS)  has not taken kindly to Venkaiah Naidu’s description of Modi as god’s gift to India. Its displeasure, yet again, at the growing personality cult in the party it carefully nurtures is certainly a saner advice. But similar warnings in the past by their mentor failed to deter the BJP leaders from showering effusive praise on the party supremo.

The Rashtriya Swayamsevak Sangh (RSS) has not taken kindly to Venkaiah Naidu’s description of Modi as god’s gift to India. Its displeasure, yet again, at the growing personality cult in the party it carefully nurtures is certainly a saner advice. But similar warnings in the past by their mentor failed to deter the BJP leaders from showering effusive praise on the party supremo.

It’s hard to believe that RSS which can decide the prime ministerial candidature of BJP cannot enforce its advice on the BJP leadership. However, the latest epithets are only symptomatic of a larger disease afflicting the party that rules India today. The BJP which promised to be a party with a difference seems to be infected by the Congress brand of politics identified as politics of sycophancy.

The Congress leaders were never ashamed of such reprehensible political culture. Instead, the Congress men took pride in their unrestrained adulation for the party high command. Quite unfortunately, the BJP which promises Congress-mukth Bharat seems to be embracing the Congress culture.

In fact, when the BJP was obsessed with their campaign of Loh Purush and Vikas Purush to present L K Advani as a successor to AB Vajpayee, the RSS rendered similar caution. The BJP’s latest maneuvers in Arunachal Pradesh and Uttarakhand indicate that the party is not just emulating Congress style personality cult, but it is even mastering the dirty political tricks employed by Congress since independence.

More recently, the cadre-based party has turned out into Modi–Shah Limited Company. The Parliamentary Board has been sidelined. Modi runs government and Amit Shah is in complete control of the party. Perhaps, the latest annoyment of RSS is an indirect repudiation of Modi-Shah style of functioning.

The RSS is also helpless. Modi rallied India behind BJP, and Amit Shah galvanised the Modi mania into electoral success. The rise of personality cult in Modi-led BJP is a reflection of this phenomenon. But, history is replete with examples both in the national and the regional polity that no leader is invincible. The Delhi and the Bihar electorate pooh-poohed the Modi magic. Still Venkaiah Naidu and the leaders alike refuse to read the writing on the wall.

The BJP in its earlier incarnation as Bharatiya Jan Sangh was a puritan in ideological politics. Even its adversaries never questioned its political chastity. But, the BJP especially in the recent past opened its doors to any Tom, Dick and Harry. It fuelled political defections in several states in a bid to capture political power. The state-level party units face infighting. Even the all India party is not without dissenting voices which were unceremoniously stifled.

The shifting goal post of party ideology from Gandhian Socialism to begin with, Ram Rath Yatra, development and now to nationalism reveal the party‘s ideological vulnerability. The favourable explanation to this metamorphosis of the party is that it could effectively respond to the contemporary Indian political idiom that catapulted it to power.

The critics may call it a disgrace to Indian politics as the nation sees more and more allotropic forms of Congress culture. Hope, that the RSS seriously prevails over BJP on this aspect to liberate the Indian democracy from politics of personality cult.