It’s not facts, but ideas, that matter 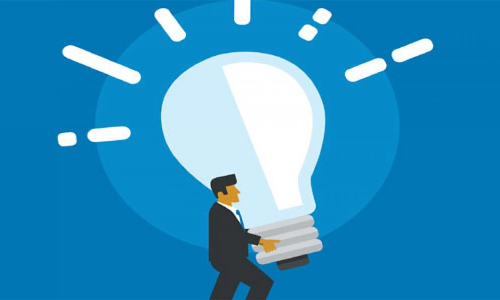 I once asked my little daughter to tell how much was 2x3.  Without waiting for a second, she replied ‘6’ with a sense of pride. But my next question bewildered her. ‘Why is it 6 and not 5 or 7’? She said rather innocently, ‘my teacher never told me.’

I once asked my little daughter to tell how much was 2x3. Without waiting for a second, she replied ‘6’ with a sense of pride. But my next question bewildered her. ‘Why is it 6 and not 5 or 7’? She said rather innocently, ‘my teacher never told me.’

This illustration underscores our education’s obsession for facts and not ideas, whereas interpretative and analytical skills are far more superior to mere memorising.

To drive home the point to my daughter, I brought two shirts, a blue and white one and three pants -- black, green and grey.

“You have to now select a dress for me today. Mind you, your choice of combination should be to my liking,” I said.

Readily agreeing to the rider, she chose all combinations she could think of. I rejected all of them. She was quite annoyed and said, “I used all possible combinations, what should I do if you don’t like any of them”.

With a gentle laugh, I replied. “See, you could get six combinations from two shirts and three pants. That is why 2x3=6. It can’t be 5 or 7. It’s not the fact that matters; it’s the idea behind it that really matters. Srinivasa Ramanujan, the man who knew the infinity, said, “An equation means nothing to me unless it expresses a thought…”

Once his history teacher asked Einstein, at school, “In what year did the Prussians defeat the French at Waterloo?”

“I do not know, Sir,” Einstein replied.

The teacher, who was visibly angry, said “did you ever try to learn?”

He frankly replied, “No” and went on to say, “I can’t see any point in learning dates. One can always look them up in a book.” Einstein further remarked, “I don’t think, learning facts is education.” (The Young Einstein by Patrick Pringle)

It rings true because history is not just the dates of battles or which of the armies killed more men. History is more exciting if it tells us why those soldiers were trying to kill each other.

As a philosopher said, theory is that which emerges from practice and enriches the practice.

Knowledge comes from probing the meaning behind the facts. Knowledge is gained by testing facts through practice.

In school, we had a social studies lesson on untouchables. As a young boy, I was terribly moved by the scourge of this social evil. That summer when I went to my village, I was really keen to see how it was practiced.

Knowing this, my grandmother rebuked me. When we say God created all of us, why treat some as untouchables, I asked my grandmother. She had no answer but still insisted on practicing it. This experience had a profound impact on me as a child.

It motivated me to study society even while I was pursuing a degree in science. Though a science student, I read more about social studies than science. That learning has rewarded me in my adult life.

It’s more interesting to know why certain things happen rather than how or when.

In class five, I was introduced to the basics of photosynthesis. Everything was in theory. The maximum that was offered was a diagram on the blackboard showing how plants grow. There was no space around our house to really experience the plant growth.

When I went to my grandmother’s village during the rainy season, I was amused to see plants growing all around during monsoon. After coming back to the school, with couple of my friends, we experimented near the school. We planted a seed and monitored it every day. We were thrilled to see the plant germinating.

One day my science teacher taught us fermentation. I was a mischievous child. As I came home, I felt like really experimenting the knowledge I had gained at school. I added a small quantity of curd to milk. Without knowing this, my mother heated it for preparing tea.

The entire milk was spoilt. On inquiry, she learnt that it was my deed. You can surmise what may have followed next. I was not worried for being beaten up. But, I was worried for failing to do the experiment. It was quite boring for me to do experiments in a laboratory.

Similar was my experience…‘experiments’ with democracy. We had a lesson on parliamentary democracy, although there were no elections in our school. Elections were considered a spoiler of education. But, inspired by the lesson on democracy, during the lunch hour, I mobilised my classmates and held elections in our class.

We elected five representatives. We allocated portfolios like general welfare, academic needs, enforcing discipline, sports and co-curricular activities. Our headmaster was the social teacher, who taught us the lesson on democracy so effectively. We thought we would be appreciated for our effort. Instead, we received brickbats.

Even as a child, I was annoyed about why the education system does not enable us to experiment. However, I did experiment with the democratic elections in the later stage of my life, that too quite successfully for which I received bouquets and not brickbats.

As the American jurist, Oliver Wendell Holmes Jr. said, the main part of intellectual education is not the acquisition of facts, but learning how to make facts live.

A mind that is stretched by a new experience can never go back to its old dimensions.