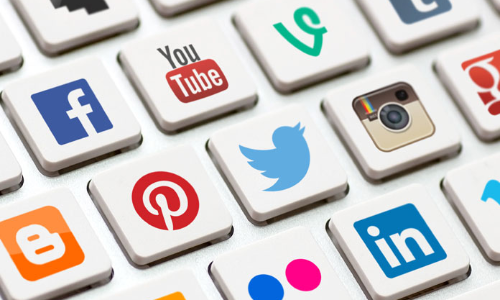 Election campaign in India has always been aggressive whether it was under the leadership of Indira Gandhi or Narendra Modi. But this time the aggression appears to be taking new turns and twists. Even analysis of who stands where used to be more logical and based on certain calculations. But now everyone is using technology in the wrong manner.

Social media is one such example which has brought in the menace of fake news as there is no effective regulatory measure in place. In the name of technology, they are trying to snoop and steal the data of rival parties to improve their chances instead of assessing their strength at ground level and are trying to wage a technological war.

What is worse is that even the police are being forced to become one of the actors in this game. This trend causes concern as certain institutions should be kept away from getting politicised. This menace also began a few decades ago and now it seems to have been put on fast track. This time such efforts are more blatantly visible.

Another new trend being witnessed this time is the attitude that ‘me and me only’ is the best bet. ‘The Opposition has no right to question me’ seems to be the norm. When the Pulwama incident took place killing 40 CRPF jawans, the country was seething with anger. The government got full support from all sections in the action that followed. Now that the situation is de-escalating, certain questions are bound to arise.

But instead of addressing them, the Prime Minister is accusing the Opposition of making enemies smile and alleging that they were demoralising the security. It’s time all leaders whichever party they may belong to should stop using such issues for political purposes. It is not enough to claim that they are chowkidars. As a matter of fact, chowkidar should be more answerable, accountable and transparent. All leaders are public servants and they are duty-bound to answer.

But the trend in 2019 elections is that “no one should question me, only I reserve the right to make all kinds of accusations and comments on rivals.” We are seeing this trend more in the recent public meetings addressed by the Prime Minister. The simple funda seems to be to confuse voters since he cannot convince them and extract political mileage. We are seeing this at national level and at State level particularly in Andhra Pradesh.

The main reason for such a situation is that when Narendra Modi became the Prime Minister, he had promised good governance and dynamic economy and creation of jobs for all. But analysts claim that the government has failed to create jobs and accelerate GDP growth rate. Of course, neither the Finance Minister nor the Prime Minister will agree and that is understandable. Another new trend is that accusing the previous governments of having not done anything.

But one should know that even the most incompetent government would do something good for the people and the country or the State. No one can deny it. A government is evaluated by the largest good to the largest number. But certain actions like GST and demonetisation have adversely affected the most productive class of the country, business and trade.

Instead of giving replies to such issues, the chowkidar accuses rivals of promoting their children and claiming that he is the holiest of all because he has no family. It appears that leaders these days have no faith in voters and they only believe that vote merchants and dream merchants can only win the polls and come to power.

Every party accuses the other of spending money like water and paying huge amounts to voters, but no party has the guts to say that they will not do so. Once the political leaders stop turning into vote merchants, things will automatically improve.