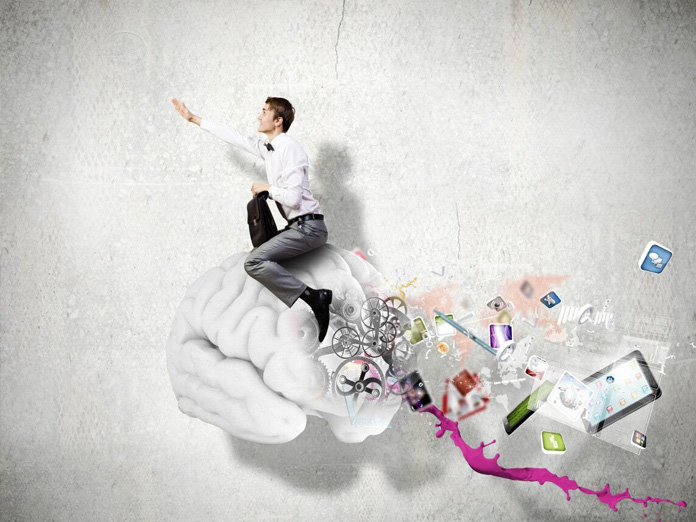 On this planet, the physiology and psychology of human beings is universal, why not their ideologies Nature created physical boundaries like mountains, oceans, plateaus etc to divide human beings we ourselves created mental boundaries like race, country, religion, region, caste, sect, language etc for satisfying our own petty desires and vested interests

On this planet, the physiology and psychology of human beings is universal, why not their ideologies? Nature created physical boundaries like mountains, oceans, plateaus etc. to divide human beings: we ourselves created mental boundaries like race, country, religion, region, caste, sect, language etc. for satisfying our own petty desires and vested interests.

It’s all our moral responsibility to disseminate knowledge and ideologies, irrespective of these discriminations of boundaries, for the welfare of mankind. Nowadays parents are overlooking the duty of moulding their children in the craze of development and personal space. They should not make their children the puppets of technology or the carbon copies of their role models.

They should be given space to identify their inherent talents, refine them for creating their own brand and stand as role model to themselves. Teach “Reverence Thyself – Create Yourself” ideology to them as emphasised by R W Emerson, in his essay Self Reliance.

“The purpose of life is to know who you are and where you are going”, as per an anonymous quote. The young generation has to realize this dictum and they should dig themselves and extract their inner treasure to create their own destiny.

Self Reliance is an 1841 essay written by an American philosopher and author R W Emerson, which has got an everlasting impact on youth , irrespective of time and place. It contains the most prominent statement of one of Emerson’s persistent themes: the need for each individual to avoid conformity and false consistency and follow his or her own instincts and ideas. Emerson wrote on individuality, personal responsibility and nonconformity, which are of relevance even today.

Don’t be afraid to create: Ralph Waldo Emerson’s life- changing advice on trusting your instincts. Self Reliance, which is considered Emerson’s most influential piece , makes its magic like an inspiring song that can influence an individual realize his or her own potential in creating his or her own brand.

In spite of everything, the world’s greatest thinkers and leaders have the courage to listen to their conscience and to follow their convictions, without limiting themselves excessively about the traditions and what others might think. At the time , he wrote this essay, he was not yet considered as master of American literature.

He was just an ordinary man. His ideologies hadn’t stood the test of time. Yet he understood and preached widely on the importance of holding convictions about personal potential, in order to motivate young Americans of that time.

Each person has got a reason to believe in his or her own ideas, he explains, because each one of us has got a unique bent of mind, with which we can make miracles.

Self Reliance evinces us that the process of creating our own brand results in getting its own reward. We can feel relieved and happy in life, he says, only when we pour out our hearts into our work and contribute our best. Anything less will give us no peace.

Emerson condemns that men do not even try to establish their own opinion because they blindly believe in the thoughts of the majority or they conform to the will of the society because their opinion differs from the common beliefs. They do not have enough courage and self-confidence to express their opinion since they are afraid that other men could look down at them because they do not have the similar opinion.

This turns them into just one, tiny, unimportant part of billions of people, whose thoughts are basically equal, but exactly the aspect of being different from everybody else, being an individual, being special and having his own personality is what a human being is all about and is necessary for having success.

His famous quotes are TRUST THYSELF, IMITATION IS LIKE SUICIDE. By these statements he wants to tell that at any point of time in life, every individual feels guilty of imitation and realizes the necessity of exploring, harnessing and establishing his or her own potential, which leads to ultimate happiness.
One can find similar ideas with Swami Vivekananda, the great monk of India. A few of his statements are: You cannot believe in God until you believe in yourself. All the power is within you. You can do anything and everything.

Take up one idea, devote yourself to it, struggle on in patience, and the sun will rise for you. Dalai Lama, the Buddhist monk quotes that “With realization of one’s own potential and self confidence in one’s ability, one can build a better world.” The life and success of the scientist Stephen Hawking is an allegory for self confidence.

All the successful and outstanding people in the world listen to their inner voice and strongly believe in their innate abilities. The sole progress in the world owes a lot to their contribution only. Hence, it’s the duty of the young to explore their bestowed talents and invest these talents for the betterment of their lives and society, by creating their own brand.