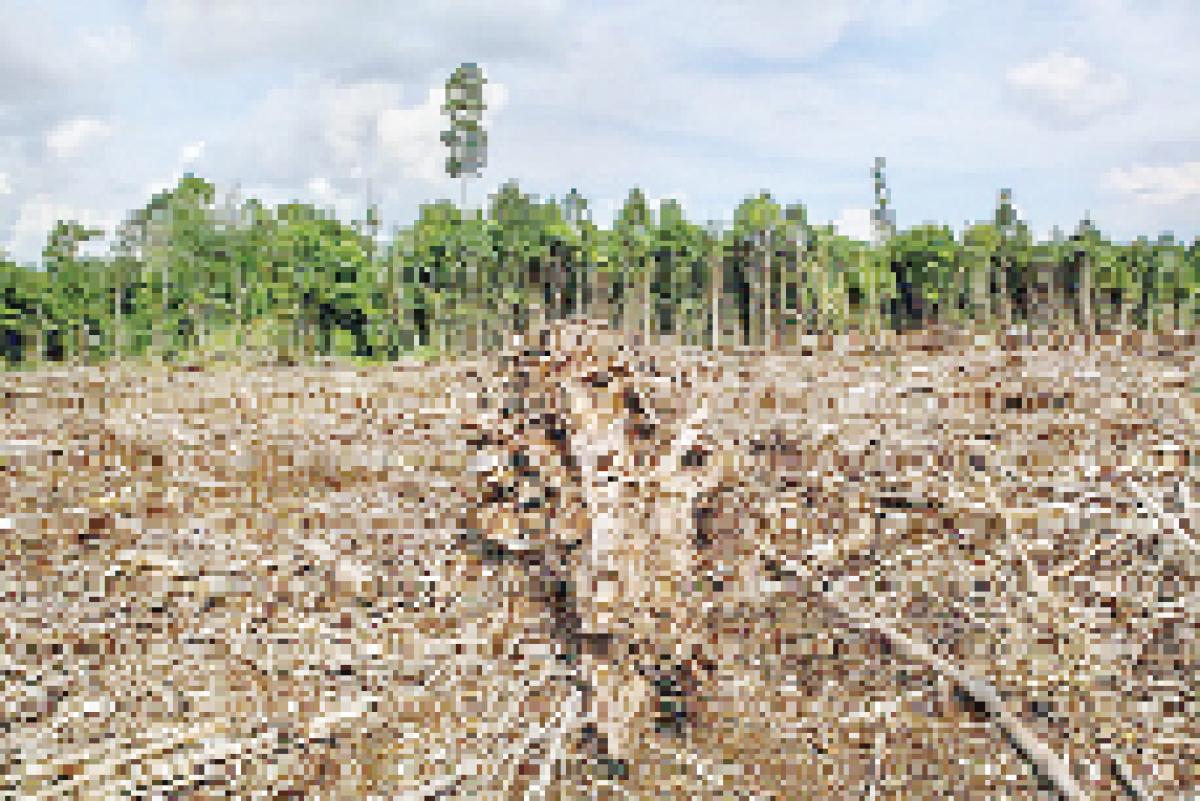 Earth Entered 6th Phase Of Extinction. The world is embarking on its sixth mass extinction with animals disappearing about 100 times faster than they used to, scientists warned on Friday, and humans could be among the first victims. Misami: The world is embarking on its sixth mass extinction with animals disappearing about 100 times faster than they used to, scientists warned on Friday, and humans could be among the first victims.

Not since the age of the dinosaurs ended 66 million years ago has the planet been losing species at this rapid a rate, said a study led by experts at Stanford University, Princeton University and the University of California, Berkeley.

The study "shows without any significant doubt that we are now entering the sixth great mass extinction event," said co-author Paul Ehrlich, a Stanford University professor of biology.

And, humans are likely to be among the species lost, said the study — which its authors described as "conservative" — published in the journal Science Advances.

"If it is allowed to continue, life would take many millions of years to recover and our species itself would likely disappear early on," said lead author Gerardo Ceballos of the Universidad Autonoma de Mexico.

The analysis is based on documented extinctions of vertebrates, or animals with internal skeletons such as frogs, reptiles and tigers, from fossil records and other historical data.

The modern rate of species loss was compared to the "natural rates of species disappearance before human activity dominated."

It can be difficult to estimate this rate, also known as the background rate, since humans don't know exactly what happened throughout the course of Earth's 4.5 billion year history.

For the study, researchers used a past extinction rate that was twice as high as widely used estimates.

If the past rate was two mammal extinctions per 10,000 species per 100 years, then the "average rate of vertebrate species loss over the last century is up to 114 times higher than it would be without human activity, even when relying on the most conservative estimates of species extinction," said the study.

"We emphasize that our calculations very likely underestimate the severity of the extinction crisis because our aim was to place a realistic lower bound on humanity's impact on biodiversity."

The causes of species loss range from climate change to pollution to deforestation and more.

According to the International Union for Conservation of Nature, about 41 per cent of all amphibian species and 26 per cent of all mammals are threatened with extinction.

"There are examples of species all over the world that are essentially the walking dead," Ehrlich said.

The study called for "rapid, greatly intensified efforts to conserve already threatened species, and to alleviate pressures on their populations — notably habitat loss, over-exploitation for economic gain and climate change."