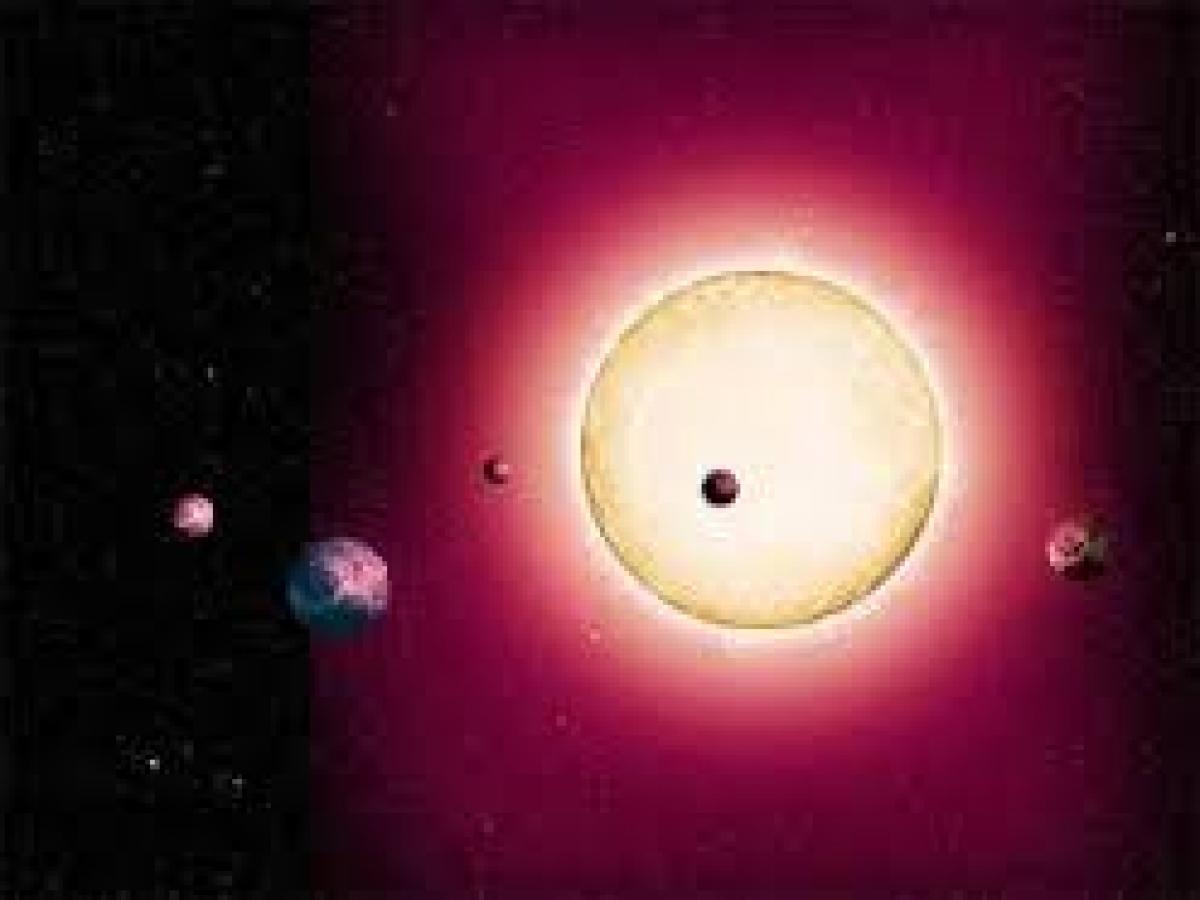 A Rare Cosmic Light Show Expected In 2018. Astronomers are gearing up for high-energy fireworks in early 2018 when a stellar remnant the size of Washington meets one of the brightest stars in our galaxy. Washington: Astronomers are gearing up for high-energy fireworks in early 2018 when a stellar remnant the size of Washington meets one of the brightest stars in our galaxy.

The cosmic light show will occur when a pulsar discovered by NASA's Fermi Gamma-ray Space Telescope swings by its companion star.

Scientists plan a global campaign to watch the event from radio wavelengths to the highest-energy gamma rays detectable.

The pulsar known as J2032 is the crushed core of a massive star that exploded as a supernova.

It is a magnetised ball about 12 miles across, or about the size of Washington, weighing almost twice the Sun's mass and spinning seven times a second.

"Two dozen pulsars were discovered this way in the first year of Fermi telescope data alone, including J2032 that was found in 2009," said David Thompson, Fermi deputy project scientist at NASA.

The pulsar's rapid spin and strong magnetic field together produces a lighthouse-like beam detectable when it sweeps our way.

"The fireworks expected at closest approach in three years' time allows us to prepare to study the system across the entire electromagnetic spectrum with the largest telescopes," added Ben Stappers, professor of astrophysics at the University of Manchester.

The massive star tugging on the pulsar is named MT91 213.

The companion is 15 times the mass of the Sun and shines 10,000 times brighter.

The paper appeared in the journal Monthly Notices of the Royal Astronomical Society.