Old World Monkeys Had Complex Brain. Brain complexity can evolve before brain size in the primates, says a study of the brain hidden inside the oldest known Old World monkey skull. 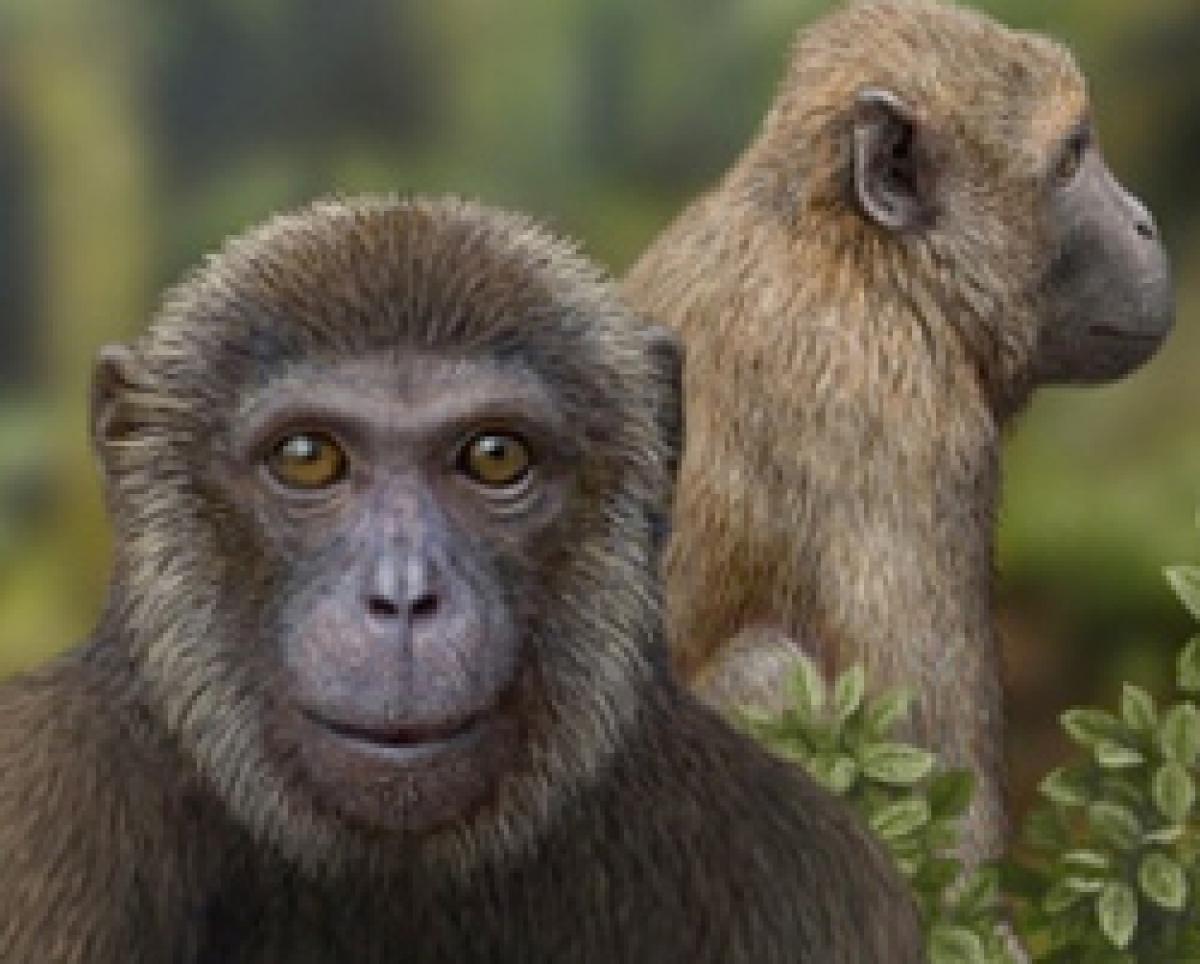 New York: Brain complexity can evolve before brain size in the primates, says a study of the brain hidden inside the oldest known Old World monkey skull.

The ancient monkey, known scientifically as Victoriapithecus, first made headlines in 1997 when its fossilised skull was discovered on an island in Kenya's Lake Victoria, where it lived 15 million years ago.

Researchers have created a three-dimensional computer model of what the animal's brain likely looked like. Micro-CT scans of the creature's skull show that Victoriapithecus had a tiny brain relative to its body.

However, the researchers found that despite its puny proportions, the animal's brain was surprisingly complex.

The CT scans revealed numerous distinctive wrinkles and folds, and the olfactory bulb - the part of the brain used to perceive and analyse smells - was three times larger than expected.

"It probably had a better sense of smell than many monkeys and apes living today," said study co-author Lauren Gonzales from Duke University.

"In living higher primates you find the opposite: the brain is very big, and the olfactory bulb is very small, presumably because as their vision got better their sense of smell got worse," Gonzales said.

"But instead of a tradeoff between smell and sight, Victoriapithecus might have retained both capabilities."

Its brain volume was about 36 cubic cms, which is less than half the volume of monkeys of the same body size living today.

The results are important because they offer new clues to how primate brains changed over time, and during a period from which there are very few fossils.

"This is the oldest skull researchers have found for Old World monkeys, so it's one of the only clues we have to their early brain evolution," said co-author Fred Spoor from Max Planck Institute.

In the absence of fossil evidence, previous researchers have disagreed over whether primate brains got bigger first, and then more folded and complex, or vice versa.

The study was published in Nature Communications.