Build Eco-Friendly Houses, Say Architect, Planners And Environment Activists. Why not build houses the environmentally friendly way? That is a question an increasing number of people across the developing world - environmentalists, town planners, architects and others - have been asking of late. 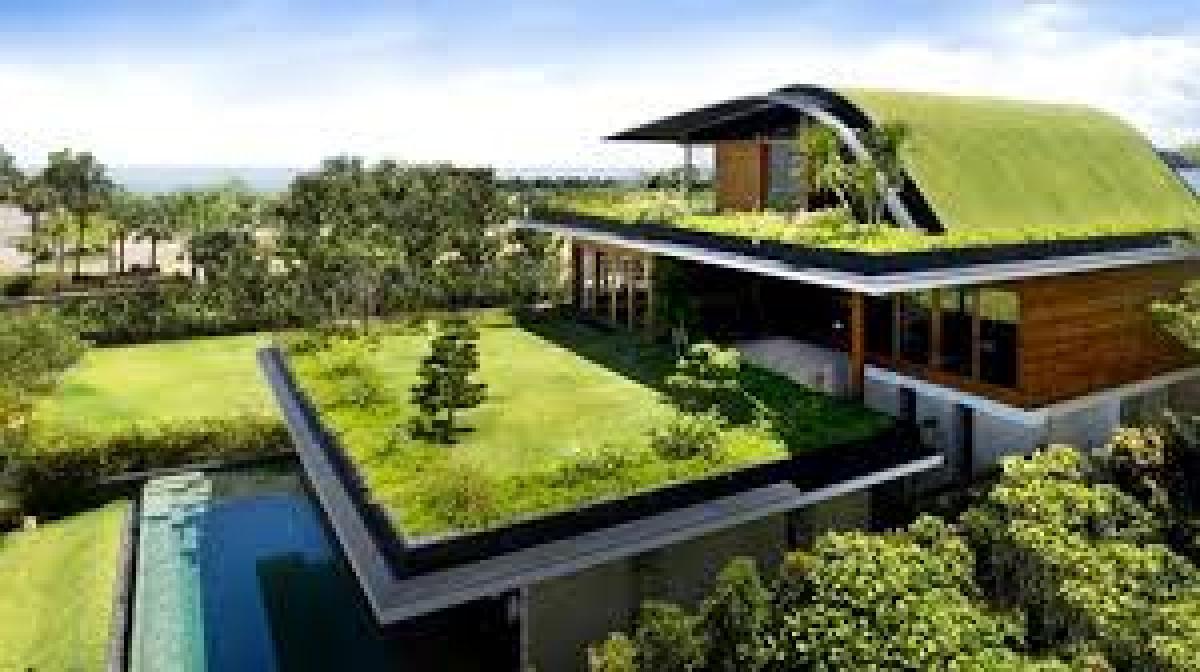 New Delhi: Why not build houses the environmentally friendly way? That is a question an increasing number of people across the developing world - environmentalists, town planners, architects and others - have been asking of late.

For those in the business of building houses, the question is more pertinent and the one they have been asking of themselves as well as of others. Understandably so, because the ramifications of what we build and what materials we use are far-reaching and long-term, as it affects the energy consumption of a building.

"I think when designing we should not lose the context and purpose of our existence. We are all designing as if there is no tomorrow and consuming as if ours is the last generation on the planet," Delhi-based architect Akshay Kaul rued while speaking to IANS.

Kaul's observation came in the context of increasing use of glass in the buildings, especially the facades, in India over the last two decades.

"Glass came in fashion in colder European countries as it allowed more sunlight and helped keep buildings warm. In warmer countries such as India, excessive use of glass increases energy demand of the building as it radiates a lot of heat," K.T. Ravindran, dean of the School of Planning and Architecture here, told IANS.

"Glass affects a building's environment as well as the environment outside by radiating heat," said Ravindran, former chairman of the Delhi Urban Art Commission, adding: "People are doing it because they think it is in vogue."

The observation is echoed by Kaul, who specialises in the field of ecological planning and sustainable architecture and has more than 20 years' experience in India and the US.

"Most buildings in India were green almost until two or three decades ago. The trend changed as we started imitating buildings from the West, which had facades essentially of glass," said Kaul.

"It is like first creating a furnace and then cooling a building - in the process sending heat out once again and using energy in the form of electricity to cool the building.

"The electricity comes from either drowning villages or towns and dislocating people or submerging arable land or depleting natural resources," Kaul emphasised.

The green building movement has taken off in the past 10 years. According to Leadership in Energy and Environmental Design (LEED(r)), which certifies green building standards, over 3.6 billion square feet or 69,000 buildings have so far been certified in 150 countries.

By definition, the design of green buildings minimises impact on the environment by reducing the use of energy and water. Environmental disturbance is also limited during the building process and by the choice of the building site.

Kaul is however not completely against the use of glass in making a building green.

"The problem is not glass but how much glass. Glass unfortunately means a lot of glare and heat in our climatic context," he added.

"You cannot do without glass. You can't have a totally opaque building. Instead, the amount of heat coming in can be regulated through judicious use - the right combination of glass and opaque masonry," Bagga told IANS.

Another option, according to him, is to use low emissivity or Low-E glass which is expensive but pays in the long run as it does not allow in heat.

Insulation on the rooftop with material such as expanded polyethylene can prevent a building from heating up.

According to Ravindran, one of the leading voices in the country on urban design, a badly planned structure not only drains its own energy resources but also affects the surrounding environment.

On the other hand, several studies have found that better indoor environmental quality translates into occupants' better physical and mental health.