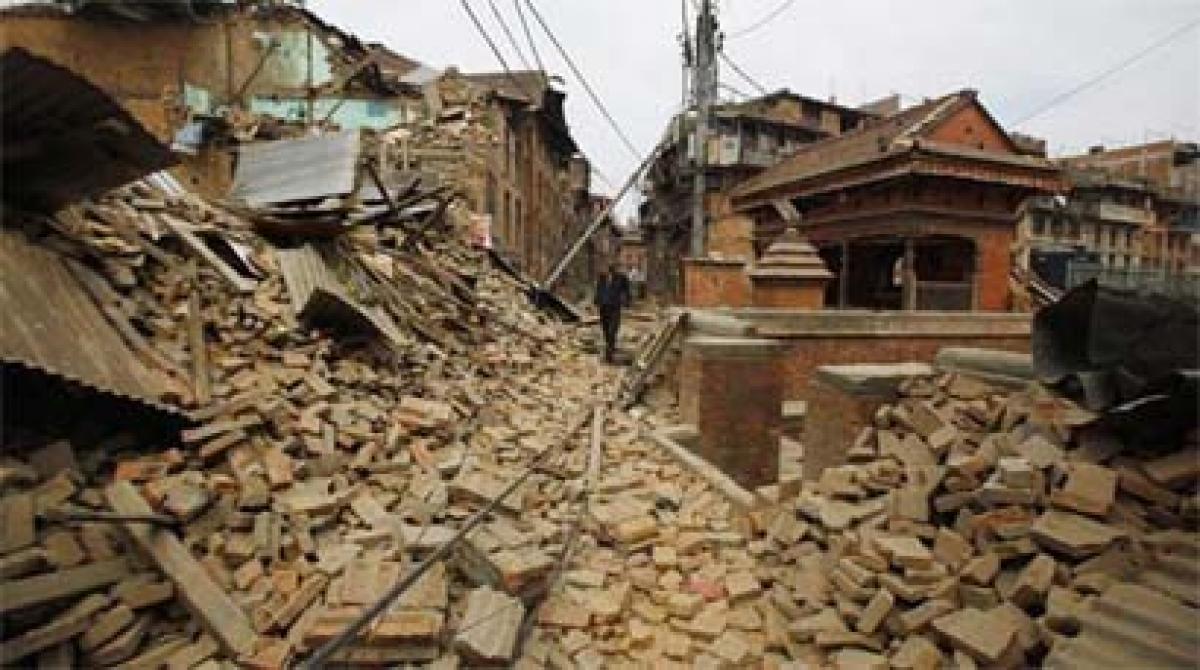 An underground rupture 11km below Kathmandu is continuously building up more pressure as India continues to collide into Nepal, a new study has found, indicating that another major earthquake may take place earlier than expected.

An underground rupture 11km below Kathmandu is continuously building up more pressure as India continues to collide into Nepal, a new study has found, indicating that another major earthquake may take place earlier than expected.

The study sheds light on the earthquake that devastated Nepal in April 2015, killing more than 8,000 people. It shows that a kink in the regional fault line below Nepal explains why the highest mountains in the Himalayas are seen to grow between earthquakes.

This kink has created a ramp 20km below the surface, with material constantly being pushed up and raising the height of the mountains. The researchers, from the UK's Centre for the Observation and Modelling of Earthquakes, Volcanoes and Tectonics (COMET), also demonstrate that the rupture on the fault stopped 11km below Kathmandu.

This indicates that another major earthquake could take place within a shorter time-frame than the centuries that might be expected for the area, researchers said.

"Nepal has some of the highest mountain ranges in the world that have been built up over millions of years because of the collision of India with Asia," said lead author John Elliott of Oxford University, a member of the COMET team.

"We have shown that the fault beneath Nepal has a kink in it, creating a ramp 20km underground," he said. "Material is continually being pushed up this ramp, which explains why the mountains were seen to be growing in the decades before the earthquake," he said.

"The earthquake itself then reversed this, dropping the mountains back down again when the pressure was released as the crust suddenly snapped in April 2015," Elliott said.

Another key finding of the study shows that the rupture in the fault stopped 11km below Kathmandu, leaving an upper portion that remains unbroken. "This is surprising for such a big earthquake, which we would normally expect to leave a major fault trace in the landscape," Elliott said.

"We found that the rupture from April's earthquake stopped 11km beneath Kathmandu, and that this sudden break is because of damage to the fault from interactions with older faults in the region," said Elliott.

"This is important because the upper half of the fault has not yet ruptured, but is continuously building up more pressure over time as India continues to collide into Nepal," he said.

"As this part of the fault is nearer the surface, the future rupture of this upper portion has the potential for a much greater impact on Kathmandu if it were to break in one go in a similar sized event to that of April 2015," he said.

"Work on other earthquakes has suggested that when a rupture stops like this, it can be years or decades before it resumes, rather than the centuries that might usually be expected," he said. The study was published in the journal Nature Geoscience.