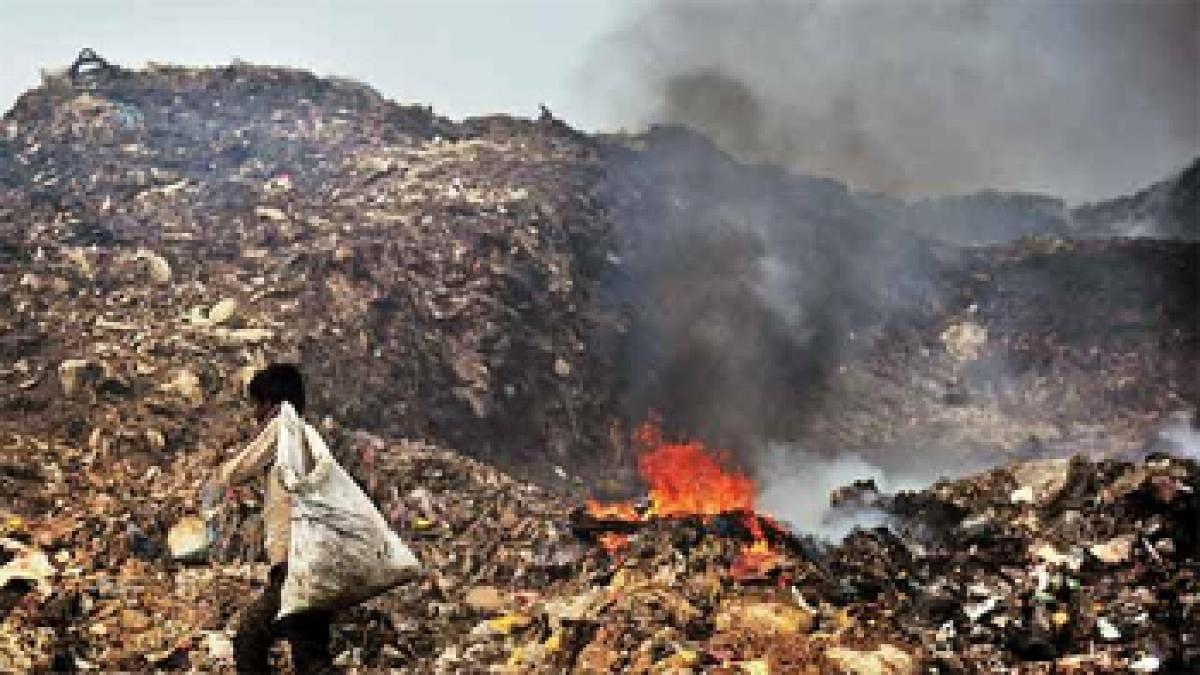 Local residents living near the Deonar dumping ground in Mumbai are once again facing serious problems, as a fresh fire broke out on Sunday afternoon, enveloping the stretch from Chembur to Navi Mumbai in smoke and seriously affecting the air quality.

Local residents living near the Deonar dumping ground in Mumbai are once again facing serious problems, as a fresh fire broke out on Sunday afternoon, enveloping the stretch from Chembur to Navi Mumbai in smoke and seriously affecting the air quality.

With fire tenders still trying their best to douse the flame, the entire area has been covered with smoke.

Locals have been complaining since many years that the dumping ground should be removed and shifted to a place which is not densely populated, but the administration has not been doing anything, apart from making promises.

Shairaz Hussain, one of the local residents, told ANI that locals have to face a lot of breathing problems because of the smoke that comes out of the dumping ground.

"The fire broke out at around 10 am. I think the dumping ground should be removed from this place so that the local residents can be relieved. This dumping should be carried to the place where is there less population. The local residents face a lot of problems because of the smoke that comes out and one's with the problem of asthma suffer a lot," he said.

Another resident, Mushtaq Khan claimed that there is no permission to dump the garbage there, but no one pays a heed to the problems faced by the local residents.

"Whenever fire breaks out in this dumping ground, it becomes extremely difficult for the local residents and especially the ones with Asthma, as they have to face a lot of suffocation. The kids and the elders face a lot of problem because of the smoke. It is not the first time that a fire has broken out. It happens daily. It is never doused. It is only when it takes the shape of a major fire that people start worrying and complain. This is a continuing process. The area is always on fire during the summer and we fear that the instances may increase as it gets warmer," he said.

"The government is also not doing anything to improve the situation. They only come and make promises but nothing is done on the ground. Whenever a major fire breaks out, some political leader comes and assures people that the situation would improve. But in reality nothing happens and this dumping is never stopped," he added.

The first major fire at the dumping ground this year broke out on January 28 and lasted an entire week.