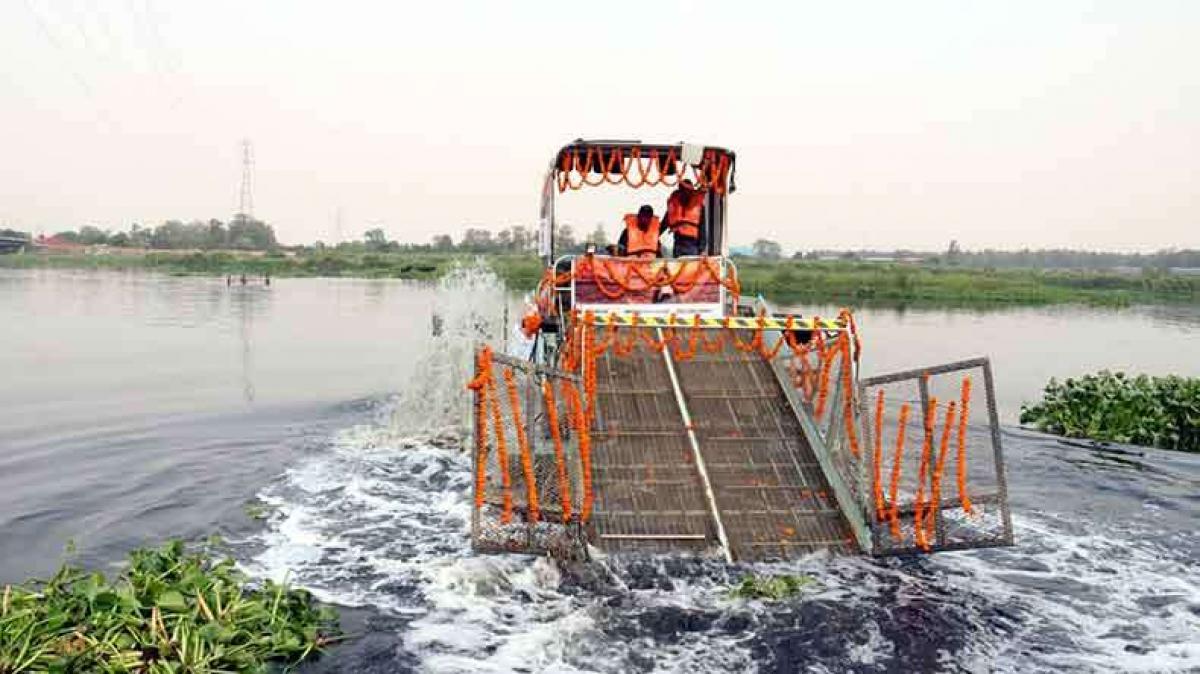 Delhi will have its first riverfront on the Yamuna but it will not be on the lines of the Sabarmati in Gujarat, along which Prime Minister Narendra Modi took Chinese President Xi Jinping for a stroll in September 2014.

Delhi will have its first riverfront on the Yamuna but it will not be on the lines of the Sabarmati in Gujarat, along which Prime Minister Narendra Modi took Chinese President Xi Jinping for a stroll in September 2014.

Mishra said the Gujarat government had stopped the flow of the river and created a pond for the Sabarmati riverfront. "They did not clean the Sabarmati as it is still dirty. They filled the pond with water from the Narmada river. No environmental expert appreciates the Sabarmati riverfront model as they used lots of concrete in the construction, which is ecologically damaging," Mishra told IANS.

Mishra, who also holds the portfolio of tourism, said the Yamuna riverfront will be different.

"We will not stop flow of Yamuna as it is our commitment to bring life to the river. The riverfront will help a lot in increasing the city's green cover and give Delhi a clean recreational area," Mishra assured.

"The riverfront will be developed upstream of Wazirabad alongside Sonia Vihar on a five kilometre area. This will be the first riverfront in Delhi. We have started working on the plan and will hopefully complete the work in one and a half years from now," Mishra said.

Mishra said that earlier the plan was with the Delhi Development Authority (DDA) and was hanging in balance.

The plan talks about greenery along the riverfront for which the Aam Aadmi Party (AAP) government will soon start plantation of tree saplings.

"The Yamuna riverfront will offer clean recreational area, pathways, cycle tracks, greenery, and parks. Under the plan, two or three big reservoirs will be made for flood water harvesting," Mishra said.

The riverfront will be developed in compliance with the directions of the National Green Tribunal (NGT) and it aims at restoration of the biodiversity of the river.

Mishra, who is also Delhi Jal Board chairperson, visited the river at Sonia Vihar recently along with a team of senior officials of the department to see how the plan could be implemented. He also held a meeting with the environmentalist Babu earlier this week to chalk out a strategy on the project.

Babu told IANS that he would submit a written document of the riverfront plan to the Delhi government next week. He said the Yamuna riverfront would be a unique one as it would have a lot of green cover to maintain ecological balance.

"Main aim of the riverfront will be to conserve, protect and restore the biodiversity of Yamuna integrated with public recreation spaces that the city needs. It will also help in maintaining the riverine ecosystem," Babu said.