bottled German air for sale as a satirical protest against pollution 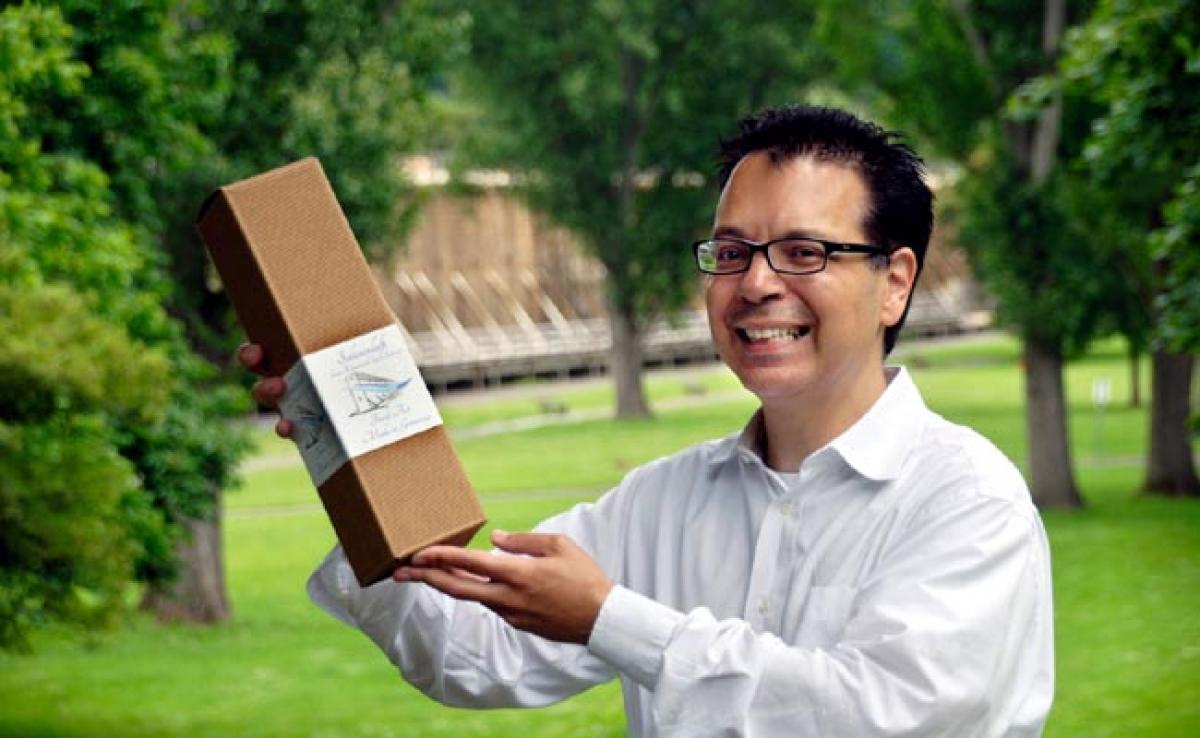 Did you ever crave for fresh air while walking through polluted streets? Now you can get it bottled. Again. This time it’s made in Germany.

Did you ever crave for fresh air while walking through polluted streets? Now you can get it bottled. Again. This time it’s made in Germany. Air producer Stefan Butz has it engineered and bottled in a health park called Saline Valley in his hometown Kreuznach Spa (German name: Bad Kreuznach). His sales markets are China, India, South-East Asia and other world regions with air pollution problems like parts of Latin America or Africa, parts of the US or the Middle East.

„It’s a time-honoured German tradition that we take on British ideas put a bit of engineering on it and thereby make them better and less expensive“, Butz claims. „That’s why the English invented ‚Made in Germany‘ as a warning label, whereas we Germans have always known it as a seal of quality.“ Butz is referring to Aethaer, a similar product made by an Englishman called Leo de Watts.

De Watts sells English and Welsh country air by farming it. „We do not farm“, says Butz. „We are Germans. We produce it, we engineer it.“ So instead of hopping around with a butterfly net like his English counterpart, Butz’s bottles are put on a strange apparatus, a bottle rack on a turntable. This allegedly helps to get the air into the bottle.

Another distinctive feature of Butz’s air is the place where it is produced. It’s a large and lush park landscape called the Salina Valley (German: Salinental). There, salty water evapourates by running down on brushwood stacked in gradient towers. This causes the air to smell like a fresh breeze from the seaside even though the park is many miles away from the coast.

The saline air or Salinenluft as the product is labeled in German due to its origin comes in corked half litre bottles resembling a good bottle of wine or spirit. It is wrapped in a neat gift box. At the moment, there is pre-sales on the saline air website www.salinenluft.de - the only place where Butz’s bottles are sold. There the whole process of producing and bottling is explained in a pleasantly bizarre movie.

He gives a 20 percent discount per bottle. So it is 48 Euros or 54 US Dollars only instead of 60 Euros ($ 67). German language skills are not needed to access the site. It is all in English as the product on sale is deemed to be an international one. Sniff around and take a break - or even a breath.