A social garden for fresh vegetables 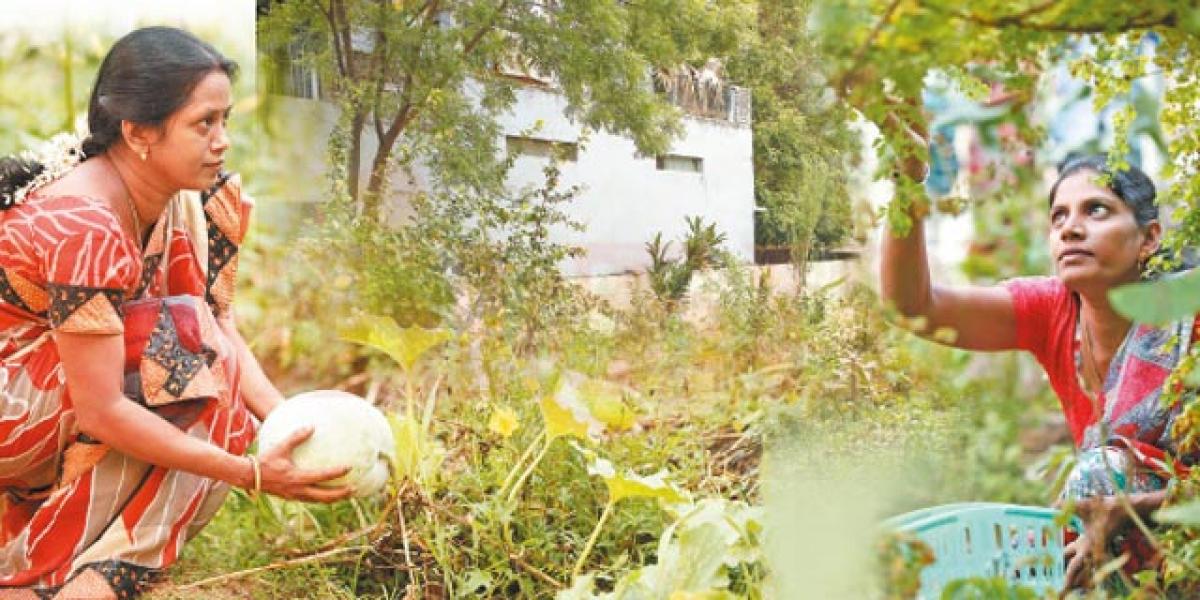 Call it a fad or the need of the hour, given the high levels of toxicity and pollution in the environment around us, organic farming and/or kitchen garden/rooftop gardening has caught on in the country.

Call it a fad or the need of the hour, given the high levels of toxicity and pollution in the environment around us, organic farming and/or kitchen garden/rooftop gardening has caught on in the country. While the former is still undertaken by nature-enthusiasts with a high price tag, given that vegetables and fruits grown in this manner have high input costs, the latter is primarily the preserve of housewives who would want their fresh greens to be grown under their personal care for better yields.

A new development in this field, which challenges both the above modes of ensuring healthier food material, has evolved in Chennai and other parts of Tamil Nadu. Incredible as it may sound, headed by one Maria Doss, a group has been planting vegetables wherever they find a vacant piece of public land and allowing the local area public to freely pick the vegetables that grow on it.

Unbelievable it may seem, given that common good has never been attempted as a movement in India, it is fascinating to note how this concept evolved. As Tamil weekly Kungumam reports, enthusiasts aligned to this cause started a Facebook page ‘A farmer in every house’.

‘Our initial attempt was to make efforts in setting up a seed bank to preserve traditional plant and vegetable seeds which are losing out to modern vegetable crops’ informs Maria Doss. This was because the group knew traditional vegetables had a natural resistance and did not need the protection of pesticides to enable them grow.

From here on, as the seed collection and varieties grew, the group hit upon the idea of experimental farming, under which vacant public space was used. ‘Our social gardens are now spread across 50 locations in the state including Chennai, Coimbatore, Tiruchi and Tirunelveli’ says Vasanth Kumar, a group member and supervisor of the Chennai sites.

In the state capital, in locations around the central zones of the city, residents are enjoying natural seed-based vegetables which had been lost to the urban families long ago. One such variety, as a satisfied Chennaite Kanthimathi says is the Black Pumpkin, which was prevalent all through the state but now available only in Myanmar.

More than the actual consumption of natural vegetable varieties, what has enthused the participants in this case is the awareness level that has been spread. That, if a serious attempt is made to get back to the old, traditional forms of cuisines and farm produce consumption, it can take off gradually, as there is still a pressing need to remain green in one’s culinary preferences in modern India.