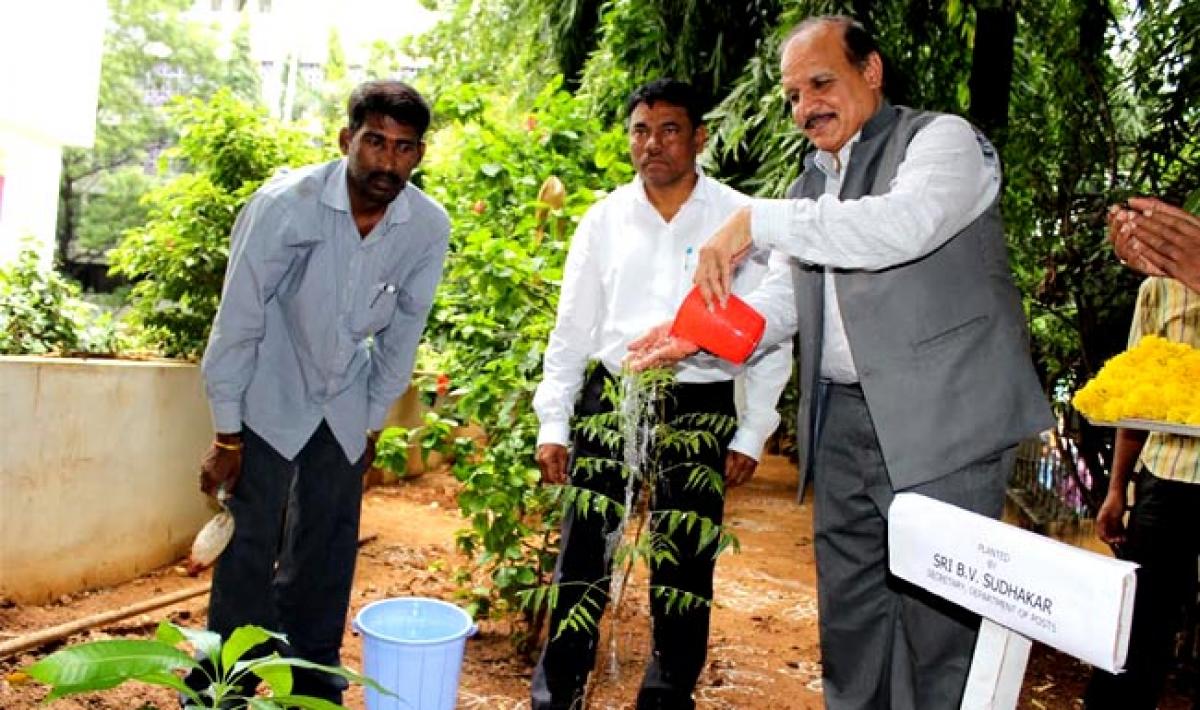 The departments of Posts will recruit around 55, 000 Grameen Dak Sevaks through online mode during this November, said Shri B. V Sudhakar, Secretary, Department of Posts.

Hyderabad: The departments of Posts will recruit around 55, 000 Grameen Dak Sevaks through online mode during this November, said Shri B. V Sudhakar, Secretary, Department of Posts. Addressing a Press Conference here on Friday, Shri Sudhakar informed that the relevant software has been made available and it is at the testing stage, he said. The online method is to ensure transparency for this recruitment, he added.

Shri Sudhakar stated that “to address the grievances of the Postal customers, the National Service Call Centre-1924 was launched on September 12, 2016. Customers can call from any network to this number and they will be given a unique 11-digit ticket ID to check the status of their complaint, he said. Nearly 98% grievance, complaints The Twitter Sewa platform, another initiative of the postal department were resolved, he added.

Explaining on the Post Payment bank, he said that the focus will be on Government to customer services by providing services like Direct Benefits Transfer, which could also be helpful in the financial inclusion. There will be no lending to the customers and deposits can be made up to Rs. One lakh, he said. Total 650 branches of post payment banks will be setup by May, 2017 and nearly one lakh employees will be working for this setup, he added.

Shri Sudhakar also informed that to harness the solar power, 4000 Postal buildings across country will utilize solar power in the coming days. To start with Postal Department headquarters at New Delhi will install Solar Power panels which can save up to Rs. 17 lakh of monthly power bill.