The land of Nawabs has been known for ages for its rich, tasty non-vegetarian fare that forms the core of Avadhi cuisine - galawat kababs, boti kababs, biryani, gosht kofte, nihari-kulche and what not! The long run of the non-vegetarian food, however, is now facing stiff competition from the vegetarian platter.

The land of Nawabs has been known for ages for its rich, tasty non-vegetarian fare that forms the core of Avadhi cuisine - galawat kababs, boti kababs, biryani, gosht kofte, nihari-kulche and what not! The long run of the non-vegetarian food, however, is now facing stiff competition from the vegetarian platter. 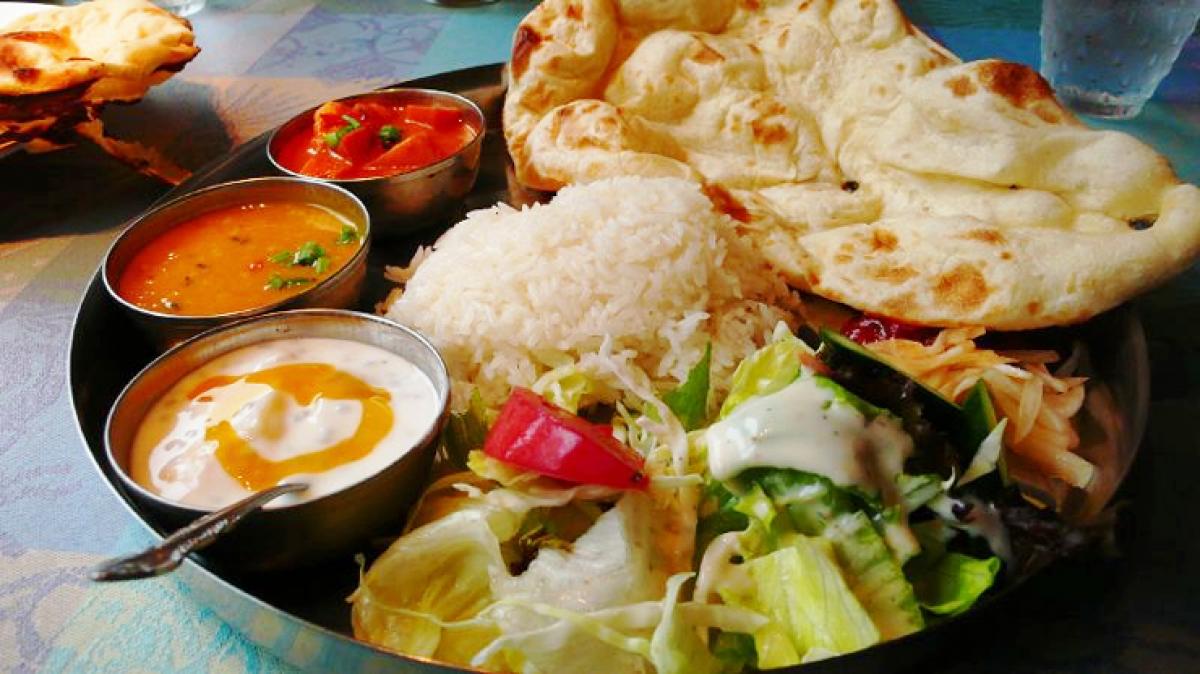 With growing consciousness among the youth for being fit and healthy, vegetarianism is high on the agenda of the people of Lucknow. This has led to mushrooming of hundreds of food outlets and roadside eateries serving some of the finest vegetarian food. Leading the popularity chart are the veg kebabs, veg momos, paneer rolls, soya rolls, soya boti kebab and soya chops.
Mushtaq, owner of the Sindh Veg Corner at Aurobindo park, is a happy man. He sells more than 250 veg kababs from his 'thela' (cart) every day. While some prefer the kebabs as take-aways, most munch on it on the roadside, wrapped in fluffy maida parathas made on an 'ulta' (upside down) tawa. The kebab roll costs Rs.15 a piece and comes with the garnishing of a 'normal' and a spicy green chilly-coriander chutney.
Suresh, selling similar kebab rolls at Lalbagh, says he has a daily income of more than Rs 5,000.
Other than the kebabs, he also keeps veg biryani - soya chunks cooked in rice and served with onion rings and chutney.
While at many outlets veg kebabs are made of grams, chick peas and 'shalgam' (turnips), many outlets mix lentils and soya granules to make them taste close to their mutton-made cousins.
Momos are also a huge sellout. Filled with onion, shredded cabbage, garlic and ginger and steamed, these momos are majorly preferred by students.
Dinesh, a resident from Uttarakhand and now selling momos at Gokhale Marg, said his business is doing well largely because of the students and the younger age groups.
Animesh, owner of momos.com at Indiranagar, pointed out that the sale of veg momos to non-veg ones was 100:10. Soya chops, tandoori soya tikka, soya roll, soya keema kulcha and soya boti kebabs have also found favour with Lucknowites.
"They taste so much meaty like non-veg but are very healthy and nutritious and are completely vegetarian" school teacher Anamika Singh said, adding that while she cooks non-veg for her husband and in-laws, she prefers the vegetarian fare.
Reminiscing about the old times when non-veg food was an integral part of the Avadhi cuisine, a veteran of the erstwhile royal family said that earlier fresh meat would be integrated with vegetables - palak gosht, keema matar, soya keema, shalgam-gosht and gobhi-gosht - to provide for a balanced diet.
Now, however, in many Muslim families too, non-vegetarian food is out and vegetarian is in. This, he said, is largely because the new generation is more figure conscious and the elders, many of whom are down with ailments, are wary about a rich, high-calorie diet.
Anisha Jain, a city nutritionist, also batted for vegetarian fare and said non-veg Avadhi food is loaded with spices and oil and is not the "best of foods for health."
And so, as vegetarianism picks up with new dishes churning out of its armoury, non-veg has stiff competition ahead!
Show Full Article
Email ArticlePrint Article
More On
Subscribe
Subscribed Failed...
Subscribed Successfully...