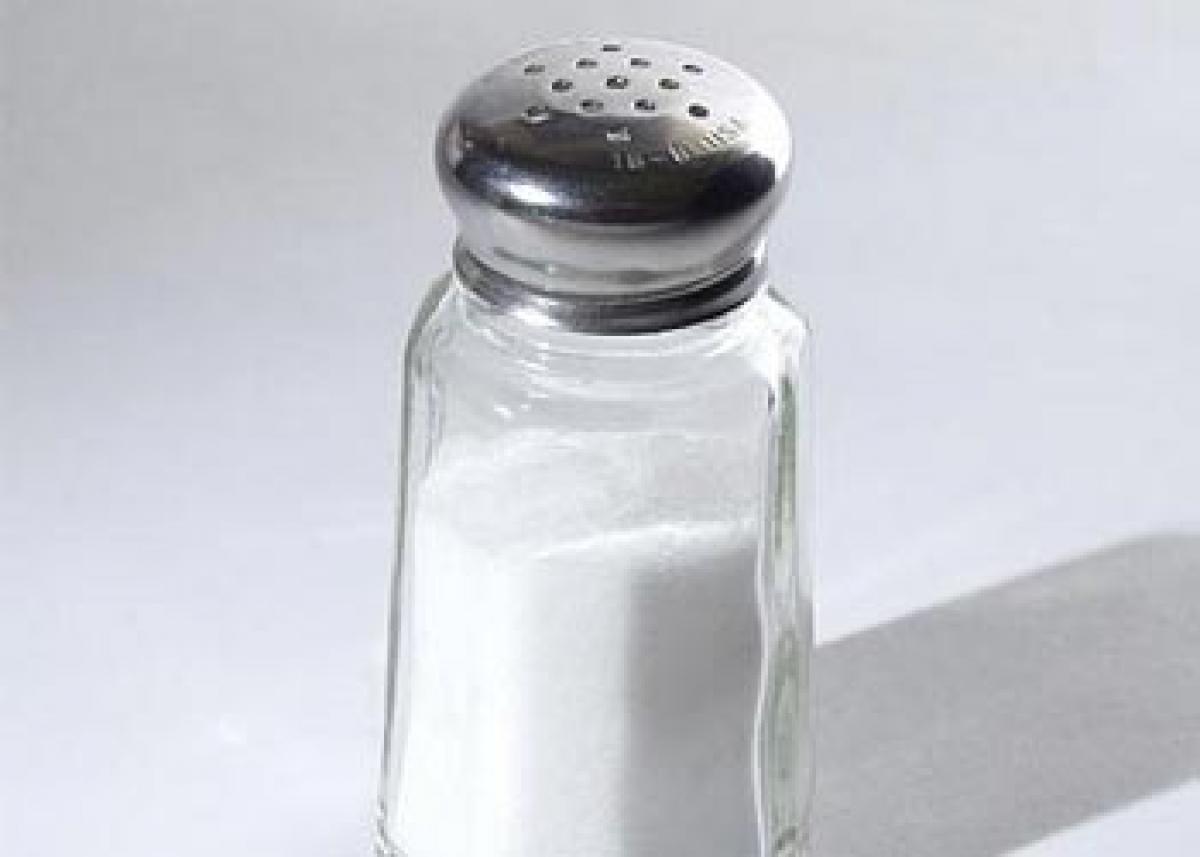 As warning labels go, the small salt shaker emblems that began showing up on some New York City restaurant menus recently are fairly unobtrusive, but each is supposed to carry a powerful message.

New York: As warning labels go, the small salt shaker emblems that began showing up on some New York City restaurant menus recently are fairly unobtrusive, but each is supposed to carry a powerful message.

If the black and white logo appears next to a dish, it means it contains more salt, by itself, than doctors recommend that a person ingest in an entire day. Getting diners to pay attention to the logos, though, is another matter.

"I haven't had health problems, other than I'm a little overweight, so I feel I should eat what I want until I have a problem," said Madi Boggs, of New York, as she tucked into a plate of crispy chicken fingers at a TGI Friday's in Manhattan.

The city began requiring chain restaurants to post the warnings in December. Hundreds have voluntarily complied, even as the industry has continued to delay enforcement of the rules through a court challenge.

But customers interviewed Tuesday at several city restaurants said the labels were unlikely to change what they ordered. "For someone that's young, it really doesn't matter, because they're still healthy," said Maite Acosta, a 20-year-old nurse from Birmingham, Alabama, as she dined at an Applebee's just off Times Square.

The hostess at the restaurant, Ashley Hurtado, said she thought the labeling was "a good idea," but also said it wouldn't change the way she ate. "I'll eat anything, whatever I want. That's just how I am," she said.

New York City's regulation applies to restaurants and fast-food places with more than 15 outlets nationwide. It requires eateries to post the salt shaker emblem next to menu items that contain more than the daily recommended limit of 2,300 milligrams of salt, or about the amount found in a teaspoon.

Health experts say too much salt intake over time can lead to high blood pressure and other problems. The National Restaurant Association went to court to challenge fines of up to $600 for non-compliance that were to kick in Tuesday.

On Monday, an appellate judge issued a temporary stay of enforcement while the appeal is underway. New York has, for years now, been trying to attack chronic health problems like obesity, diabetes and hypertension by warning consumers about the hidden dangers in the food they eat.

The city banned the use of artery-damaging artificial trans fats in restaurant food. It tried, but failed, to impose a limit on the size of cups used to serve sugary beverages at food service establishments.

Eight years ago, it began requiring chain restaurants to post calorie information on their menus, reasoning that if people knew how caloric some dishes and beverages were, they might stay away.

That initiative was quickly replicated in several other big cities, but it may not have achieved its main goal, which is to change the way people eat. Researchers at the New York University School of Medicine who reviewed 31 studies on calorie labeling concluded in a Journal of Community Health article published in December 2014 that its effect on diners was "marginal."

"While there are some positive results," they wrote, "overall these studies show that calorie labels do not have the desired effect in reducing total calories ordered or consumed."

City health officials are optimistic that the new salt labels, if they survive the court challenge, will make a difference. "We are certain it will have an effect. It's just too early to tell what that will be," said Christopher Miller, a spokesman for the Department of Health & Mental Hygiene.

In some ways, it has already had a limited effect. Panera Bread changed some ingredients in three sandwiches to lower the salt content, including its signature bread bowl.

Still, at a Subway sandwich shop in midtown Manhattan, employees interviewed Tuesday said only two or three people had inquired about the salt icons after they began appearing December - a sign of the challenge ahead in changing public opinion.