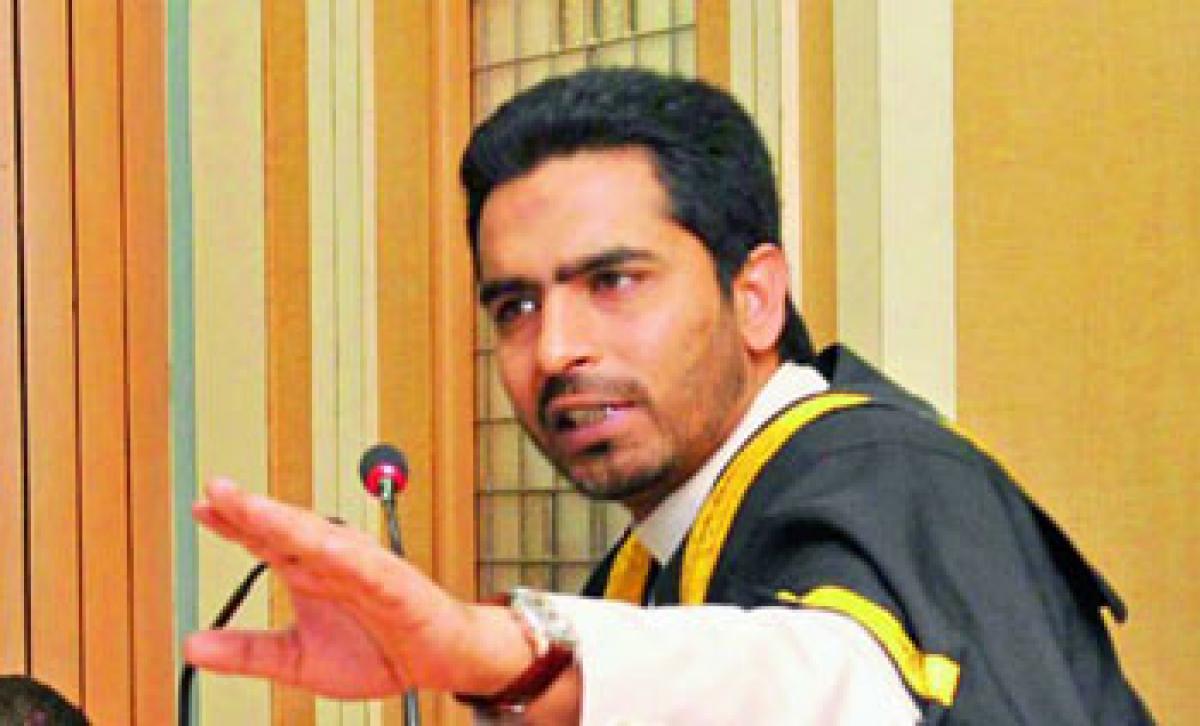 Did ex-mayor of Hyderabad Mohammad Majid Hussain hide certain facts while filing his nomination for the Greater Hyderabad Municipal Corporation (GHMC) elections? Majid Hussain, in the affidavit submitted to the State Election Commission, claimed that he had two daughters, Ayesha Haala and Soghra Hiba.

Rivals allege that though Majid Hussain has three daughters, he stated that he has only two, thus hiding the facts, in order to avoid disqualification

Hyderabad: Did ex-mayor of Hyderabad Mohammad Majid Hussain hide certain facts while filing his nomination for the Greater Hyderabad Municipal Corporation (GHMC) elections? Majid Hussain, in the affidavit submitted to the State Election Commission, claimed that he had two daughters, Ayesha Haala and Soghra Hiba.

He said that according to the birth certificates they had obtained from Mee Seva Kendra, Majid has two daughters with the same name Ayesha Haala and another daughter whose name is Soghra Hiba.To substantiate the claim, the CPI (M) city secretary M Srinivas released photocopies of the birth certificates.

One such certificate issued by Dr Y Venkata Ravana, Registrar of Births and Deaths, says Ayesha Haala was born to Mohammed Majid Hussain and Syeda Juveria Azamath on July 15, 2009, at Fernandez Hospital. The date of registration for birth certificate is July 17, 2009.

According to another birth certificate issued by Dr P Padma, Registrar of Births and Deaths, Circle No 6, GHMC, Ayesha Haala was born to Mohammed Majid Hussain and Syeda Juveria Azamath on April 15, 2010 at Nova Hospital, Upperpally, Hyderabad.

Srinivas pointed out that while in case of one child, birth certificate was obtained within two days and in case of another child within 16 days of birth, but there was a gap of eight months with regard to the girl whose name is also Ayesha and is said to have been born on April 15, 2010.

When asked about it, Majid Hussain told The Hans India that the allegations were baseless. He said that he had only two daughters and barring the two cases that he had mentioned in the affidavit, all other cases were quashed. Majid also said the birth certificates being circulated must have been manipulated by his detractors.

“I submitted a clear-cut affidavit and even the Returning Officer did not have any doubt about what I had affirmed. The cases, which I did not mention were quashed by the High Court. If anyone doubts my claim, they can seek an inquiry. I believe this is the handiwork of people who do not believe in hard work for gaining public support,” said Majid Hussain.

As per rules, the candidate has to mention all cases filed against his name according to GHMC legal wing officer.However, Srinivas maintained that the former mayor has three daughters and had manipulated the birth certificates misusing his powers when he was the mayor. Another CPI(M) leader Arshad Ahmed demanded that State Election Commission intervene and take legal action against Majid for manipulating the documents.

He also demanded SEC to disqualify him from the ensuing GHMC polls. When the attention of Returning Officer P Asritha of division 70, where Majid had filed his nomination papers was drawn, she said since no one had raised any objection before the last date of scrutiny, they could not take any action now.