‘Disgruntled’ Women May Unleash NOTA Power. If there is anyone in the country who should opt for NOTA – the power not to vote for any one it is the women, who have been given a raw deal as it has always been.

If there is anyone in the country who should opt for NOTA – the power not to vote for any one it is the women, who have been given a raw deal as it has always been.

For starters even as both the main parties vying for the much coveted win this election, Congress and BJP/TDP and have for the umpteenth time now claimed to be ardent supporters of 33 per cent reservation to women in Parliament, have failed to field even one woman candidate in 17 of the MP candidates that they are fielding in Telangana. The other major party to beckon with TRS has fielded one woman candidate and no prizes for guessing who it could be - The daughter of the party chief, Kavitha. 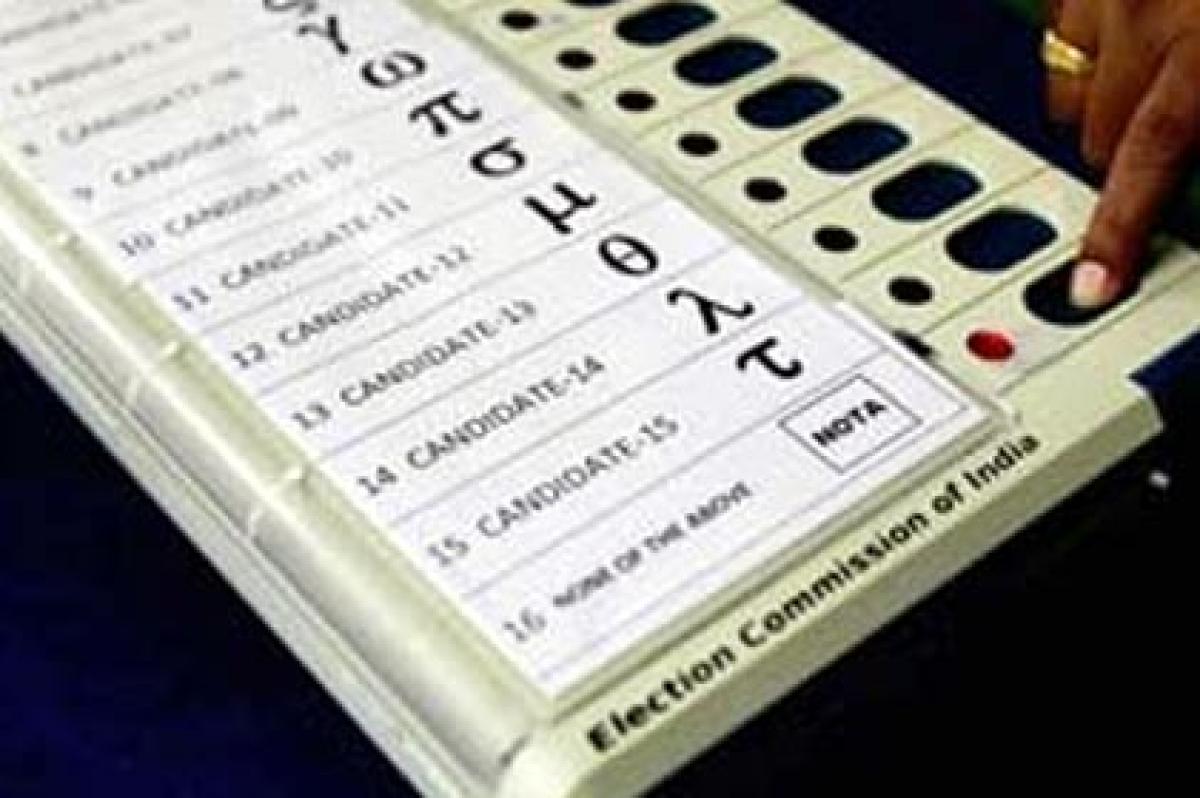 According to the Election Commission, the gap between male and female voters has been falling steadily since 1962 and was the lowest in the last elections. That means more and more women voters are coming forward to vote even as the percentage of women to men ratio is gradually falling thanks to the continuing preference for a male child and prenatal gender determination that goes on unabated in India despite strict laws and the abortions there upon. While the parties do not show inclination to increase the number of their women candidates standing for elections, in order to appease to this force to reckon with, every party has ensured there is a mention of women relates sops and facilities in their manifestos. Women empowerment and security are the key words that will see them through this election, among other things. However none of the manifestos say how they are going to achieve this.

It is not that there aren’t any laws to protect women, but none of the laws formulated to ensure women’s safety and security are ever implemented effectively. And hence it is evident that there is no intention and commitment to women’s issues amongst the political leaders; any new law in such case is redundant. So what new security measures are they talking about?

Chandrababu Naidu in his manifesto talked about all-women police stations. How many of these police stations will be set up? Are there enough women police to cater to these new stations? How are they going to help the situation? And why can’t the police force in general be counselled and trained to deal sensitively when dealing with women’s issues? Dedicated women ITIs and All Women Mobnile Banks promised by BJP can be questioned in the similar vein.

Time and again the elected representatives have demonstrated their attitude towards women (unfortunately they more or less represent the popular opinion of Indians – male and female) – be it the irresponsible ‘dented and painted comment’ by Abhijit Mukherjee, President of India, Pranab Mukherjee’s son, when the young Indians had come on to the roads of New Delhi to protest against Nirbhaya’s rape and achieved what neither the Congress that has ruled for most number of years nor the BJP that had many a chance to empower women could do, or the latest one where Mulayam Singhji doled away pearls of wisdom when he said boys do make mistakes. With a bunch of majorly uneducated and mostly bred on the concept of male domination elected representatives, what change can one expect?