It’s Money that Sprouts Everywhere, The candidates and their close aides who shoulder the responsibility of distributing money and liquor had different ways to continue the ‘silent’ campaign.

Vijayawada/Tirupati/Kurnool: Though the campaign for the May 7 polling ended on Sunday evening and the contestants and the parties were expected to remain silent, the day was not so. It was vibrant with parties and candidates resorting to last-minute attempts to lure voters through money and liquor. Efforts of police and election officials to curb such activities seem to have made parties/candidates devise their own network to reach out to voters. The candidates and their close aides who shoulder the responsibility of distributing money and liquor had different ways to continue the ‘silent’ campaign. 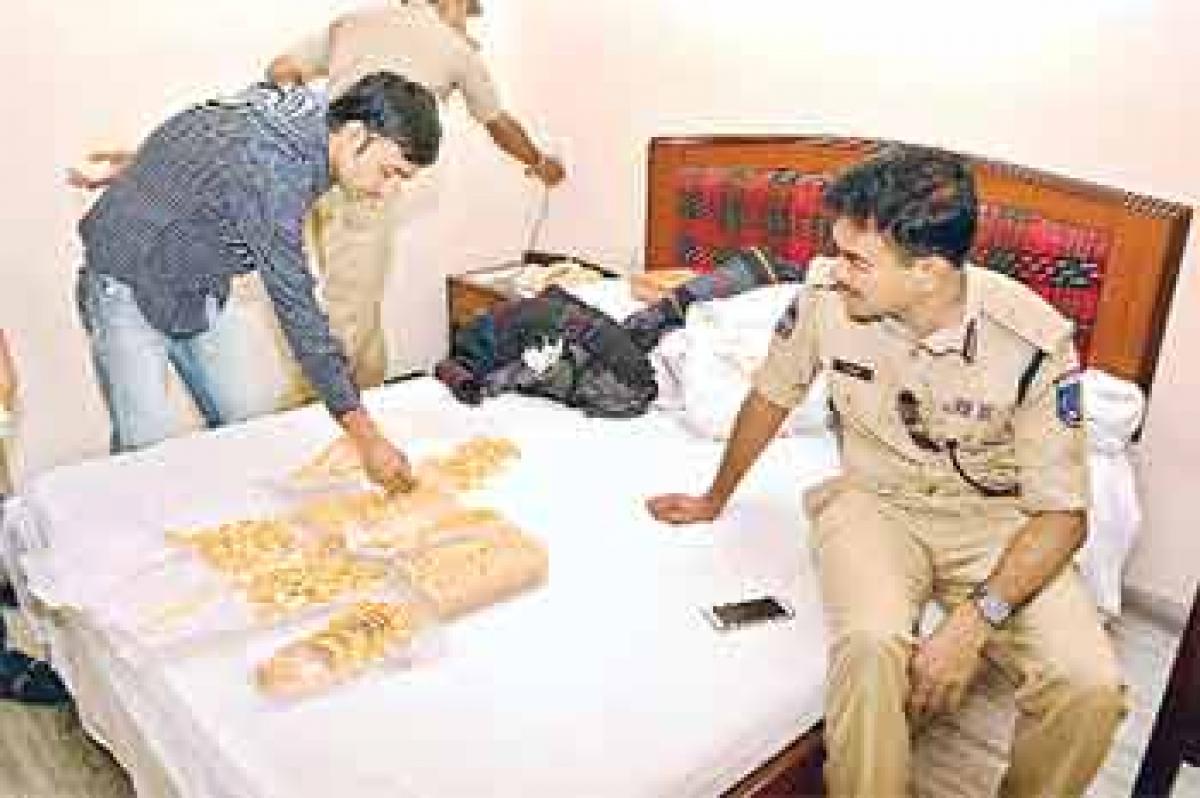 Police recover Rs 2.8 cr: In Vijayawada, police found Rs.2.8 crore after inspecting the administrative building of P B Siddhartha College of Arts and Science. The college management had initially refused entry to police. However, they entered after holding an hour-long discussion. While the management claimed the money, YSRCP leaders alleged that it was kept there by TD MP Y S Chowdary, who held a meeting in the same building two weeks back. The leaders alleged that TDP had used the college for distribution of money to all 16 Assembly constituencies in the district.

Police check ex-minister’s hotel room: Police conducted a surprise check in the hotel room of former minister and YSR Congress nominee for Machilipatnam Lok Sabha constituency K Parthasarathi in Vijayawada. Though they did not find money the news created sensation. He later told told reporters that a section of the media was spreading false news against him. He would file cases against them. Interestingly, several top TDP leaders from other districts were camping in the hotel, closely monitoring the ‘silent’ campaign. Police seized Rs 5 lakh and the publicity material of YSRCP candidate at Pamarru, Uppuleti Kalpana from party activists Yalamarru village of Pedaparupudi mandal early on Monday.

Highest seizure of gold: Anantapur district accounted for the highest seizure (13 kg) gold during the poll time operations. Over Rs 14 crore was confiscated in the region. The break-up was Rs 2.5 crore(Chittoor), Rs 5 crore (Anantapur), Rs 4 crore (Kadapa) and Rs 2.5 crore (Kurnool). But this is only tip of the iceberg. Police seized Rs 8 lakh at Kadakuduru checkpost in Chinaganzam of Prakasam district while it was being transported by YSRCP activists for distribution to voters. Following a tip-off, SI Kishore Babu and his team conducted the check. Three YSRCP activists were taken into custody.

Raid on CK Babu’s house: Officials inspected the house of former Chittoor MLA and YSRCP leader C K Babu, following orders of election observers. Babu wanted officials to issue him a certificate on the inspection. Tension prevailed for a while as many party activists gathered.

Rs 50 lakh, fake EVMs seized: Police recovered Rs 50 lakh and fake EVMs from YSRCP activists at Kodumuru in Kurnool district. The cash was being transported from Kodumuru to C Belagal. The activists, Krishna Reddy and Prabhakar Reddy, were taken into custody.

Cash recovered from TDP leader: Police seized Rs 31.02 lakh from the house of TDP leader Gudikallu Narsimhudu at Emmiganur. The cash was stored for distribution to voters to ensure success of the party candidate. They registered a case against Narasimhudu.

Novel methods for gift distribution: Some candidates devised ingenious methods by distributing gift coupons. Beneficiaries are collecting gifts right royally along with receipts from sale counters. This practice is more in vogue in Tirupati and Madanapalle. At places the beneficiaries are left red-faced, with the currency they received turning out to be fake. Such complaints are said to be more in Piler constituency.