The Telugu Desam chief N Chandrababu Naidu has criticised Congress leaders in Delhi for seeking to divide Telugu people and dared Union Home Minister Shinde to talk about the demand for Vidarbha in Maharastra before preparing a note on Telangana state.

Krosuru (Guntur): The Telugu Desam chief N Chandrababu Naidu has criticised Congress leaders in Delhi for seeking to divide Telugu people and dared Union Home Minister Shinde to talk about the demand for Vidarbha in Maharastra before preparing a note on Telangana state.

At a public meeting organised here on Tuesday as part of his ‘Telugu Prajala Atmagaurava Yatra’ in Guntur district, Naidu pointed out that Shinde had opposed the demand for separate Vidarbha state. Naidu sought to know why the very same leader was now preparing a note for division of Andhra Pradesh.

The TD chief hit out at Congress leaders in Delhi for conspiring to divide Telugus. He also said that the conspiracy was targeted at the Telugu Desam party. The Congress, after its defeat in the 1999 elections, had brought the Telangana issue to the fore with then Opposition leader Dr Y S Rajasekhar Reddy encouraging Dr Chinna Reddy and other MLAs from Telangana to give a representation to Sonia Gandhi for forming a separate State. Again in 2004, the Congress had forged an alliance with the Telangana Rastra Samithi (TRS) only to keep the TD out of power. However, TDP, which had the support of the people, would be able to face such challenges.

Mentioning that TD had always been with the people during crises, he said. He had come to Seemandhra to stand by them as they had been agitating on the streets for more than 35 days. The TD had gone to the rescue of people hit by floods, cyclones and other disasters, including those affected by the Uttarakhand devastation. People in Seemandhra were fighting for their future in the eventuality of a division and therefore he felt it was his responsibility to stay with them in their moment of crisis. He said that it was he who developed Hyderabad as an international city, boosting education and employment opportunities. However, division of the State would impact the youth of Seemandhra, he added.

Naidu claimed that his rule was marked by all-round development and asserted that there were no occasions when people came on to the streets. In contrast, the Congress dispensation was marked by corruption and agitations, bringing development to a halt. The State, which was once a model for the rest of the country, and the city, which was the destination for international investments, had now become deserts, he regretted.

Naidu targeted Prime Minister Dr Manmohan Singh for his failure to protect the files related to coalgate scam. He termed Dr Manmohan Singh as rubberstamp in the hands of Sonia Gandhi. He also had a dig at YSR Congress leaders for targeting the TD. He said that late Dr Rajasekhar Reddy and his son Jaganmohan Reddy had looted the State and those who supported them were now in the jail. The YSR Congress had no right to point an accusing finger at the TD. 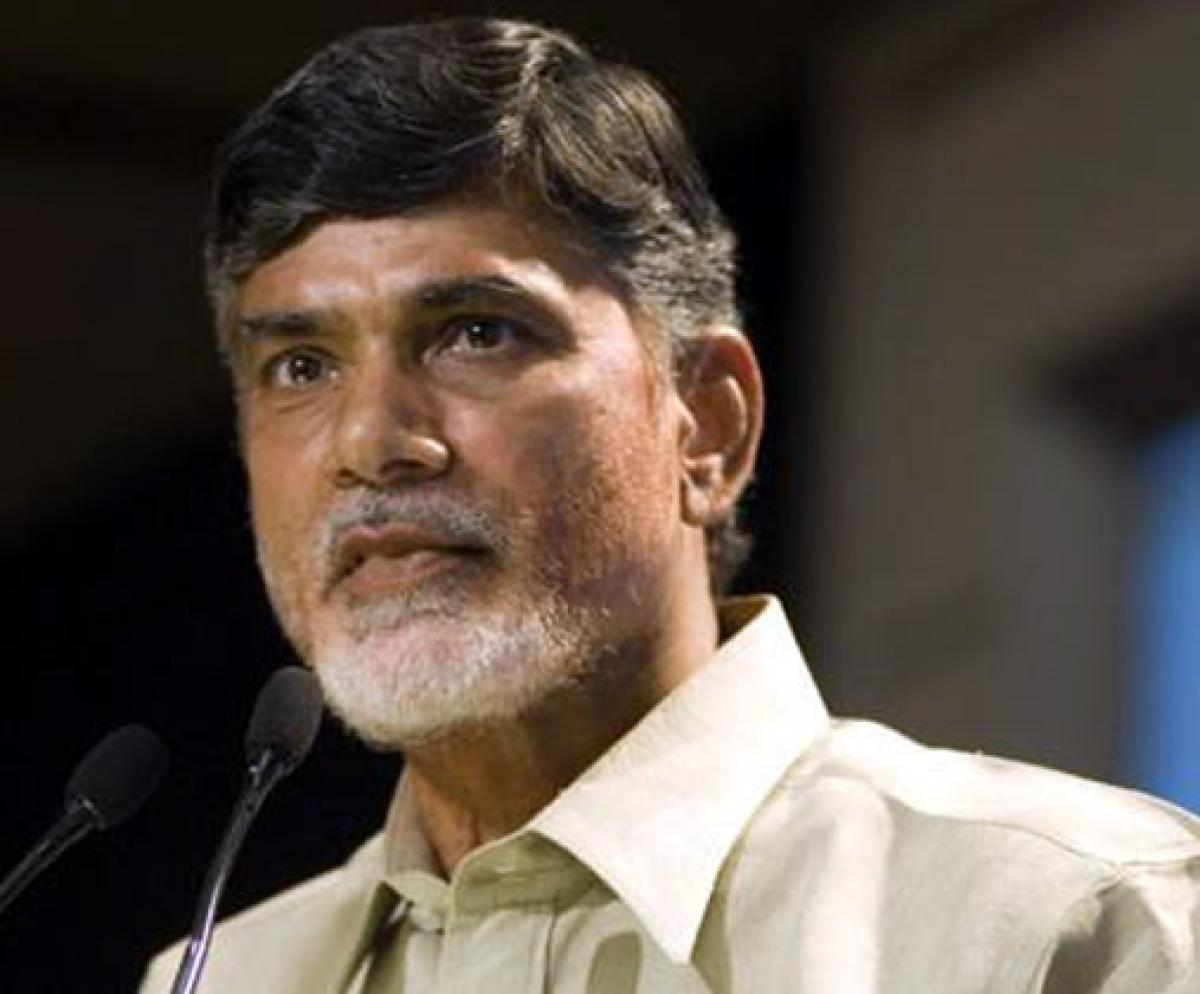