The lion of Indian politics 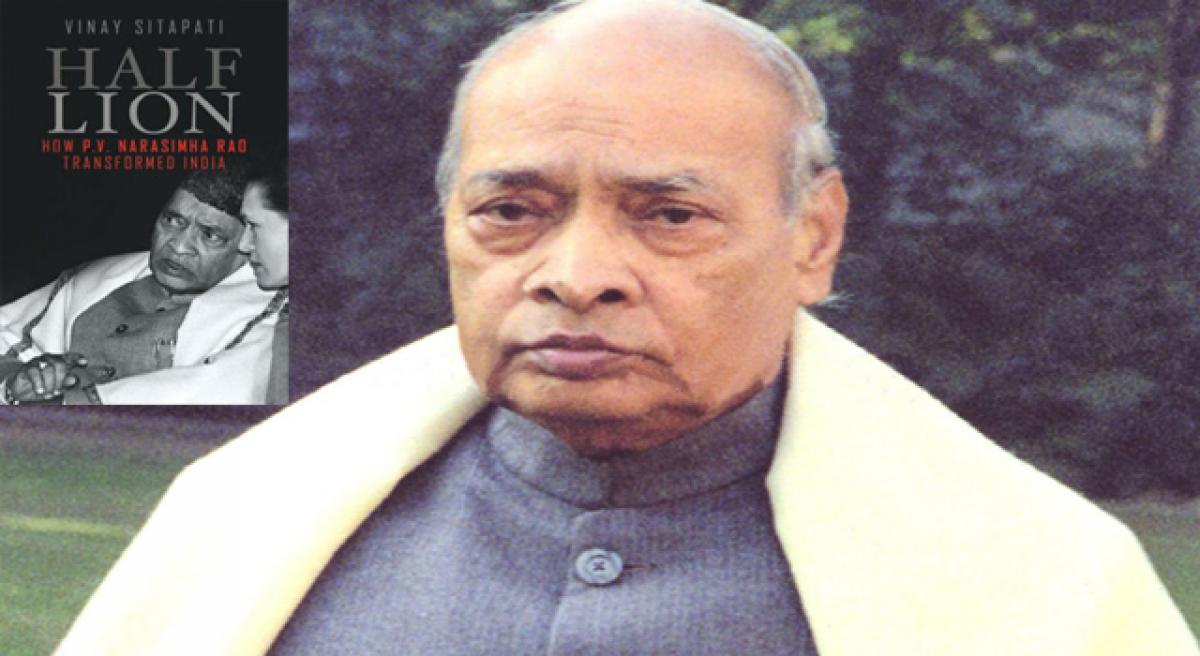 “In my case, both with Indiraji and Rajiv, it was the level of a Central Minister and no higher. There was talk about the post of Congress President, Rashtrapathi, Vice President, etc... but, every time they eluded me. This happened several times.

“In my case, both with Indiraji and Rajiv, it was the level of a Central Minister and no higher. There was talk about the post of Congress President, Rashtrapathi, Vice President, etc... but, every time they eluded me. This happened several times.

Yet, I did not bother personally, since I still suffer from that phenomenon called lack of ambition,” Narasimha Rao’s diary entry before he was catapulted to the position of Prime Minister (he wasn’t the first choice either) of one of the largest democracies in the world, outlines the role of destiny in one’s life and is something that did not escape his biographer.

“If there is a central theme that runs through Narasimha Rao’s life, it is fortune,” contends Journalist, lawyer and political scientist Vinay Sitapati whose book ‘Half Lion- How PV Narasimha Rao Transformed India’ unravels the mystique of the man seen as a usurper of the Gandhi-Nehru throne, had little control over his party, lacked the charisma to appeal directly to the people, and yet successfully ran a minority government (where two before and four after him barely lasted a year).

Through a paper trail of meticulous diary entries, notes, letters and detailed interviews with close aides, relatives, admirers and detractors Sitapati unfolds various vignettes of this scholar-politician a rare breed in the corridors of power.

The man with the brooding eyes, unmoving face and stubborn pout, a visionary who held his own against the powers that be and freed India from the stifling regime of licenses and controls are presented without going hagiographical as is the case of most biographies.

The most skilled Prime Minister, India had since Jawaharlal Nehru is compared to Machiavelli, Kautilya, Edmund Burke and Deng Xiaoping through the narrative.

A polyglot, who knew 10 languages, a religious Hindu and a secular congressman, Rao’s role in revitalising an economy that was in a shambles, deft handling of insurgencies within the country, foreign policy, nuclear programme and the Babri Masjid episode that proved to be his nemesis all make for interesting reading.

If there is a lingering dissatisfaction after reading it, then it is to be fair to the author more to do with the complexity of the subject known for his silences and “analysis till paralysis” than anything else.

I recall my experience when I stopped him in his tracks at Gandhi Bhavan as a political reporter from the electronic media as he emerged out of a Pradesh Congress Committee meeting at Gandhi Bhavan in Hyderabad...

His expressionless face broke into a semblance of a smile as I mentioned the name of my mother (a well-known writer and officer with the State Information department). He then asked me my name to which I cheekily replied “The same as the heroine of your book “Insider”.

A one line answer to my question was given (probably in the concession to the fact that I had read his book) in a rare departure from his silence and was repeated through the day by my channel. Rao’s answer was truly worth its weight in gold! For those interested in learning about this rare politician who transformed the nation, the book is a veritable treasure.