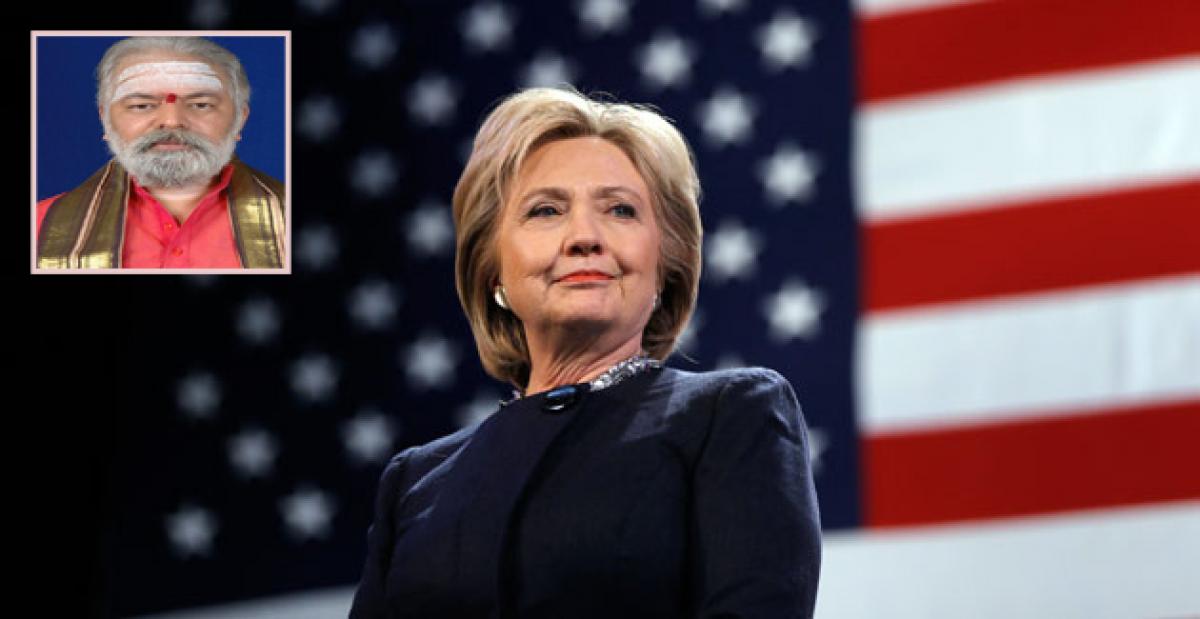 According to a prediction made by astrologer Mulugu Ramalingeswara Varaprasad, the candidate from the Democratic Party in USA, Hillary Clinton will win the upcoming Presidential Elections there.

According to a prediction made by astrologer Mulugu Ramalingeswara Varaprasad, the candidate from the Democratic Party in USA, Hillary Clinton will win the upcoming Presidential Elections there.

The astrologer has made predictions based on the zodiac positions that favour a candidate. According to it, Clinton's Natal Charts hint favourable signs. “A brief study indicates positive fore say. The positions are star purvabhadra, third pada, born in Kumbha Rasi. Tula is her Janma Lagnam.

Present period in Ravi Mahardasha and Rahu is in Anthardasha. Ravi is neechabhanga, Rajayoga and Rahu is highlyin exalt position, Saturn and Mars are in 10th position. This position is known and viewed as highly favourable,” said the astrologer.

“On the other hand, Donald Trumph's Natal Chart shows the position of star Jyeshta, fourth Pada, and born in Vruschika (Scorpion) Rasi. Janma Lagna is Lion.

At present Saturn's negative force influencing in his chart (known as Yelinanati Shani). Equally so the position of other planets is in weak places, which indicates no optimistic signs strengthening political achievements,” he added.