Govt will weed out middlemen menace for farmers: Pocharam 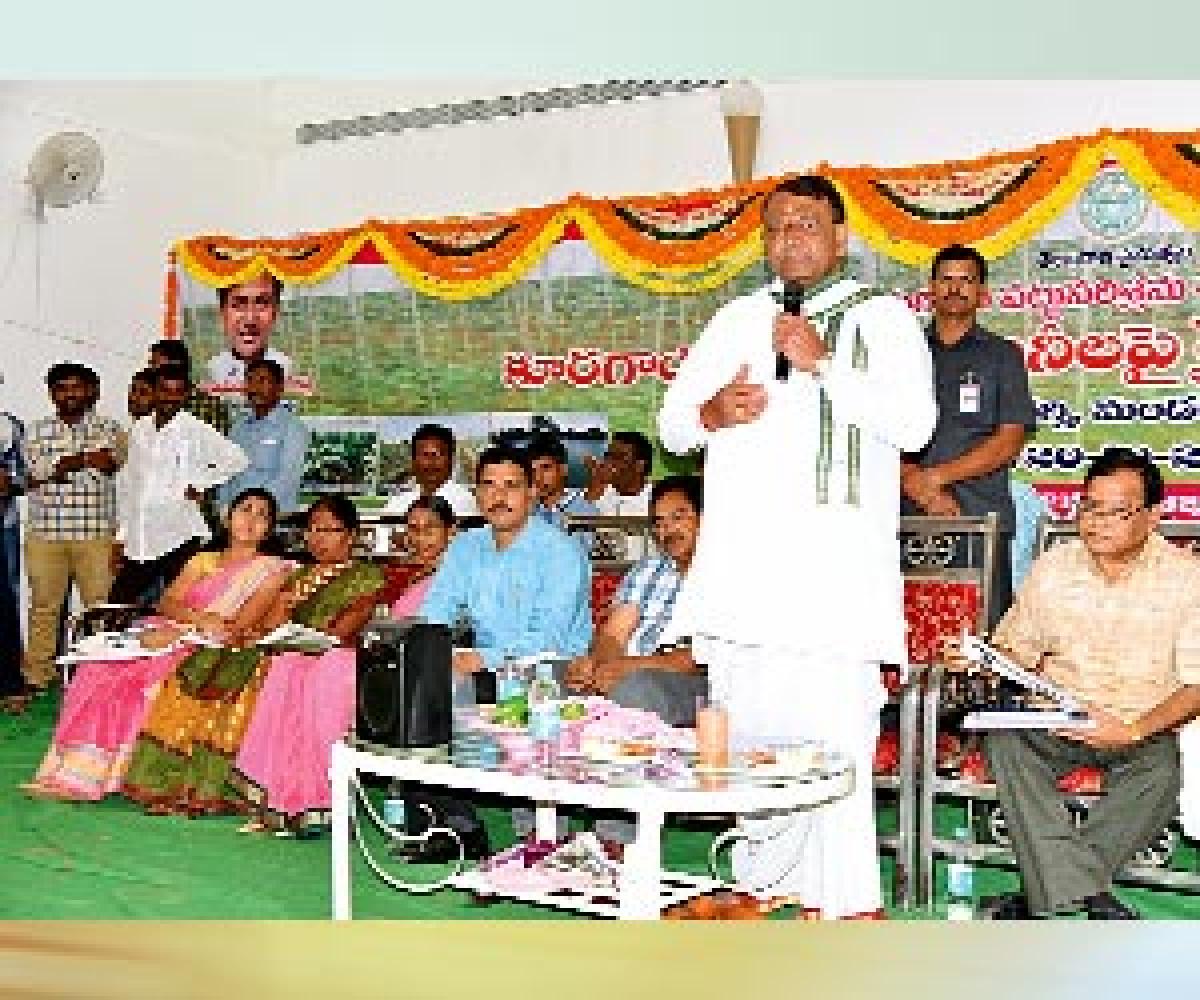 Nizamabad: Minister for Agriculture and Cooperatives Pocharam Srinivas Reddy said that the aim of the government was to do away with the middlemen and intermediaries and make the farmers to sell their produce directly to the consumers, thereby, helping them to make profits and prosper.

In his inaugural address at an awareness camp organised for the farmers on growing vegetables under the aegis of the NGO, CCD in Varni mandal in the district on Thursday, he said that there was a need to bring revolutionary changes in the field of agriculture to enhance food production and also improve the living conditions of farmers. Even a long journey of 1,000 miles begins by taking the first step and the government would definitely take the necessary action, he added.

Minister Pocharam said that there was nearly 1. 80 lakh acres of land available for irrigation purposes and 44,000 bore wells in Banswada constituency in the district and vegetables and fruit orchards would be grown on this land. He said that such awareness camps were being organised to enlighten the farmers in enhancing the productivity and bringing high yields on crops.