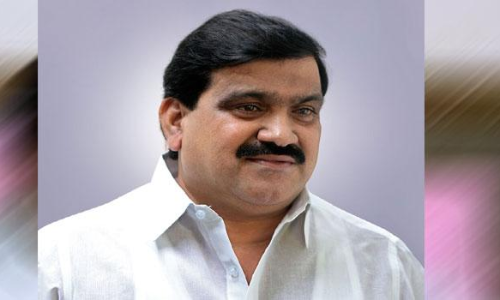 Former Minister P Mahender Reddy said he would continue to cater to the needs of people, and thanked them for their patronage for twoandahalf decades

Vikarabad: Former Minister P Mahender Reddy said he would continue to cater to the needs of people, and thanked them for their patronage for two-and-a-half decades.

“I will work hard for their development and welfare,” he said in a statement here on Thursday. He also said that he would respect the verdict given by the people of Tandur constituency. He thanked the people of Parigi, Kodangal, Vikarabad constituencies for electing TRS candidates.

Mahender Reddy said he would extend his cooperation to all the peoples’ representatives and officials for the development of the district. But he criticised Chevella MP Konda Vishweshwar Reddy, who defected from TRS to Congress just before elections. He alleged that the MP did not bother about the development in the constituency and people would not allow him to enter their villages.