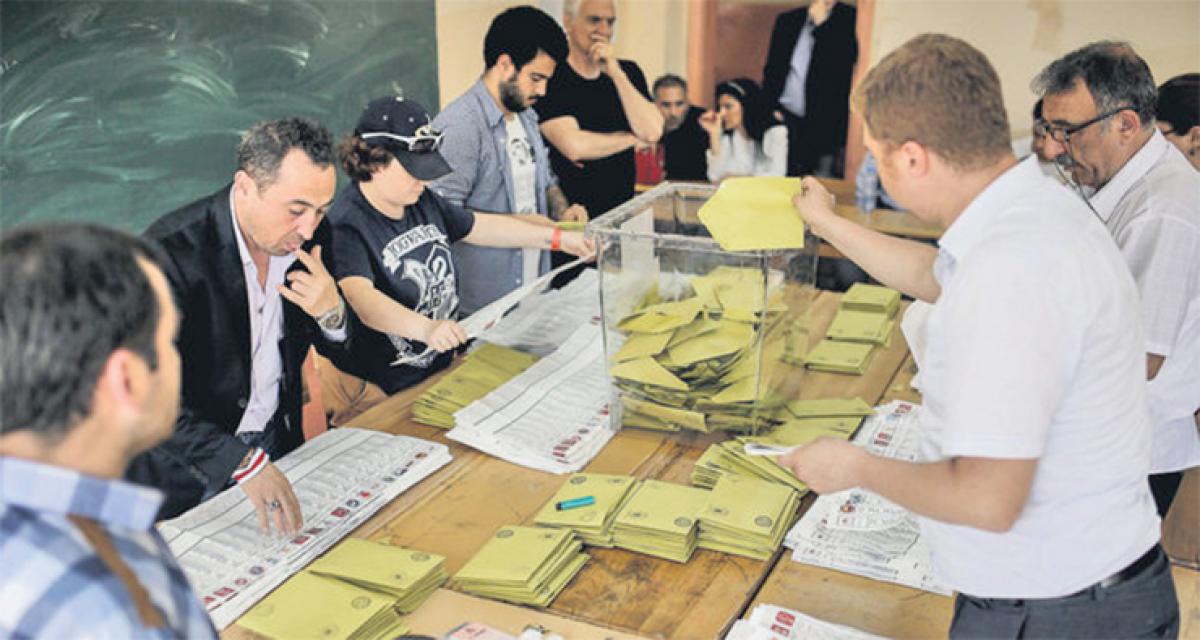 Best Option For Turkey: MHP-AK Party Coalition. The elections of June 7th produced an unexpected picture in Turkey, which had been governed by the AKP for 13 years.

The elections of June 7th produced an unexpected picture in Turkey, which had been governed by the AKP for 13 years. Although the AKP won 41% of the vote and emerged as the largest party, due to the electoral system in Turkey it failed to achieve a mandate to form a single party government. That then raised the question of Turkey being governed by a coalition after an interval of 13 years. The main subject of discussion in Turkey now is who the coalition partners will be and whether or not it would be better to hold early elections rather than establish a coalition government. In order to determine whether or not early elections would be the correct choice, we need to accurately assess what the Turkish people were trying to say in the recent elections. Turkey entered the elections in a period that began with the Gezi protests and that witnessed major criticisms of the AKP government. As well as all the criticism of the AKP’s domestic and foreign policies over the past two years, Turkey also went into the elections with a debate over the desirability of a presidential system. The AKP’s desire for “Turkey that is currently governed under a parliamentary system, to move to a presidential system” was greeted with serious doubts and unease by a large part of the population.

It is a fact that Turkey, which has seen coups at various times in the history of the Republic, and where democracy has frequently been interrupted, needs to make progress toward greater democracy and freedoms: The Turkish people are all agreed on that. What makes them uneasy, and what they do not want, is a dramatic change of their system of government. For the last 30 years, Turkey has been fighting the communist, separatist PKK terrorist group that is active in the southeast of the country. Forty thousand people have died due to PKK terrorist acts. Although the “peace process” that has been going on since 2009 looks to be a step in the direction of peace, it has thus far failed to stop terrorist actions by the PKK. Activities such as the kidnapping of workers, the looting of schools, mosques and party buildings, attacks on the military and police, road blocks and demanding money with menaces have continued. Fifty people lost their lives during the uprising of October 6-8, 2014. The young people thrown off a balcony by the PKK during that uprising and then stabbed, before their heads were crushed with stones, have gone down in history. In short, the peace process has turned into a state of affairs in which the PKK's domination of the Southeast has been strengthened, the inhabitants have been oppressed by the mafia-like power of the PKK and in which the state has generally displayed security weaknesses.

This actual state of affairs, which is troubling to all of Turkey, combined with a rather stubborn insistence on a presidential system, ended in the people demonstrating their unease at the ballot box. The message to the political parties from the Turkish people was this: “Yes, Turkey must strengthen its democracy, and freedoms must be expanded, but it must do this while maintaining its unitary structure. Defects in the parliamentary system must be corrected, and the appropriate reforms must be made, but there must be no change of system because a change to a presidential system will inevitably result in a federative structure which will inevitably lead to the break-up of the country, and we do not want to see it being broken up.”

Politicians now need to show that they have grasped the message given to them by the people. There are two main steps that need to be taken; the first is to stop insisting on a presidential system. The second is to remove the pressure from the PKK on the people of the Southeast. The right coalition to do that will be one between the AKP and the MHP. It is impossible for the AKP to work in harmony with a party with a diametrically opposed worldview, such as the CHP. A coalition between the CHP and MHP with outside support from the HDP would be unacceptable to the MHP because of the HDP’s emotional ties to the PKK. The AKP’s own party base would likely reject any government that enjoyed the backing of the HDP, either directly or indirectly. That would lead to the rapid dissolution of the AKP.

Therefore, the realistic coalition, and the one acceptable to public opinion, will be one between the AKP and MHP. The fact that the two party bases are largely compatible – with the exception of a few minor differences of opinion – that both have strong party discipline and that both parties stand for the shared values of the Turkish people and support popular religious devotion are factors that will allow such a coalition to work efficiently. Public opinion polls show that the great majority of people favor an AKP-MHP coalition. '

Early elections instead of a coalition, on the other hand, will not produce a very different outcome to those of June 7th. No matter how many elections are held, so long as the insistence on a presidential system persists and the domination of the Southeast by the PKK is not broken using a legal approach, votes will continue to be cast along the lines of the present blocks, and that will lead to a paralysis of the system. The way to ensure stability in Turkey is not through early elections, but through an AKP-MHP coalition government.