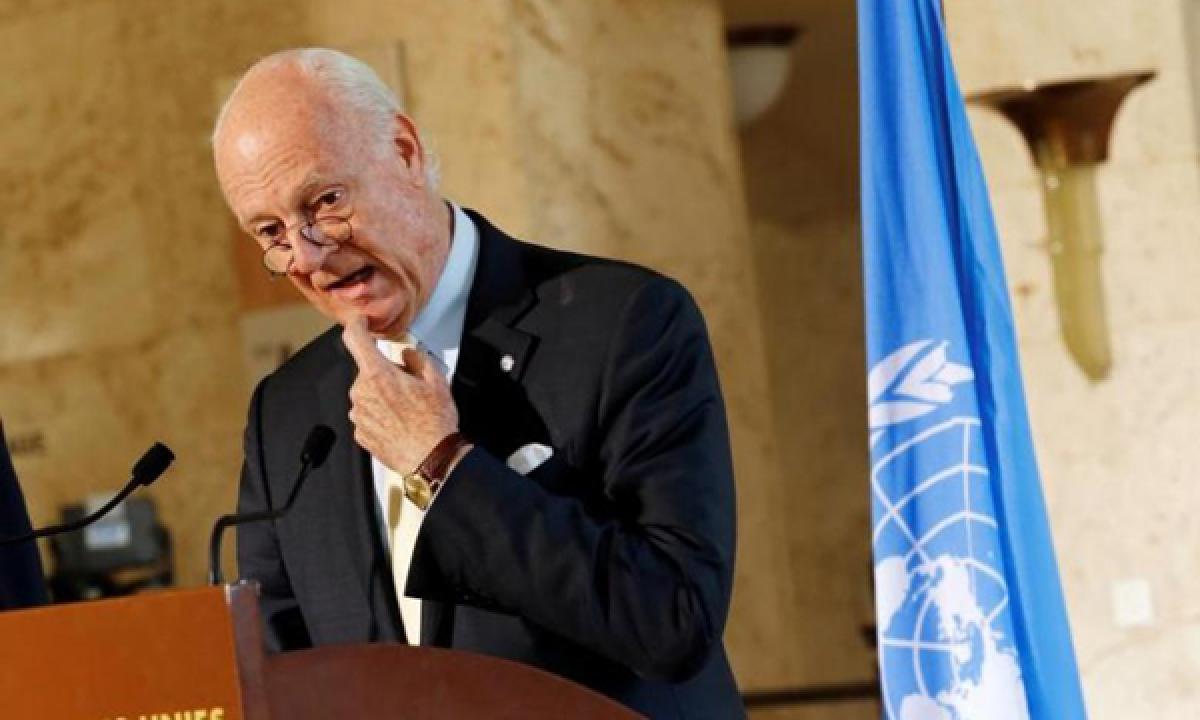 United Nations (UN) envoy for Syria, Staffan de Mistura warned on Thursday that without a ceasefire or political agreement the rebel-stronghold of...

United Nations (UN) envoy for Syria, Staffan de Mistura warned on Thursday that without a ceasefire or political agreement the rebel-stronghold of Idlib risked becoming a new Aleppo after the evacuation of thousands from the besieged city started.

The operation to evacuate civilians and fighters from Aleppo began on Thursday, part of a ceasefire deal that would end years of fighting for the city and mark a major victory for Syrian President, Bashar al-Assad.

Speaking alongside French Foreign Minister, Jean-Marc Ayrault, de Mistura said around 50,000 people were still in eastern Aleppo and, to ensure a smooth process, the United Nations needed to be given permission to send more observers to the city to guarantee there were no reprisals and that aid was distributed. "There are about 50,000 people, including 40,000 civilians that will go to West Aleppo. For those we need to be present to ensure they aren't 'disturbed'," de Mistura said, referring to possible atrocities already carried out recently.

He said the remaining 10,000 were made up of between 1,500 to 5,000 fighters and their families, who would be evacuated to the northern city of Idlib. "I don't know what will happen in Idlib, but if there is no ceasefire or political accord then it will become the next Aleppo," he said.

De Mistura said there were "not enough" UN observers on the ground at present. Ayrault, whose country on Thursday called for an urgent session of the UN Security Council (UNSC)to discuss Aleppo, said he hoped the members could agree on Friday for a rapid deployment of observers. "We will look at the deployment of observers on the ground to ensure that there are no atrocities, no revenge attacks and that civilians are protected," Ayrault said. "It's possible to do this very quickly."