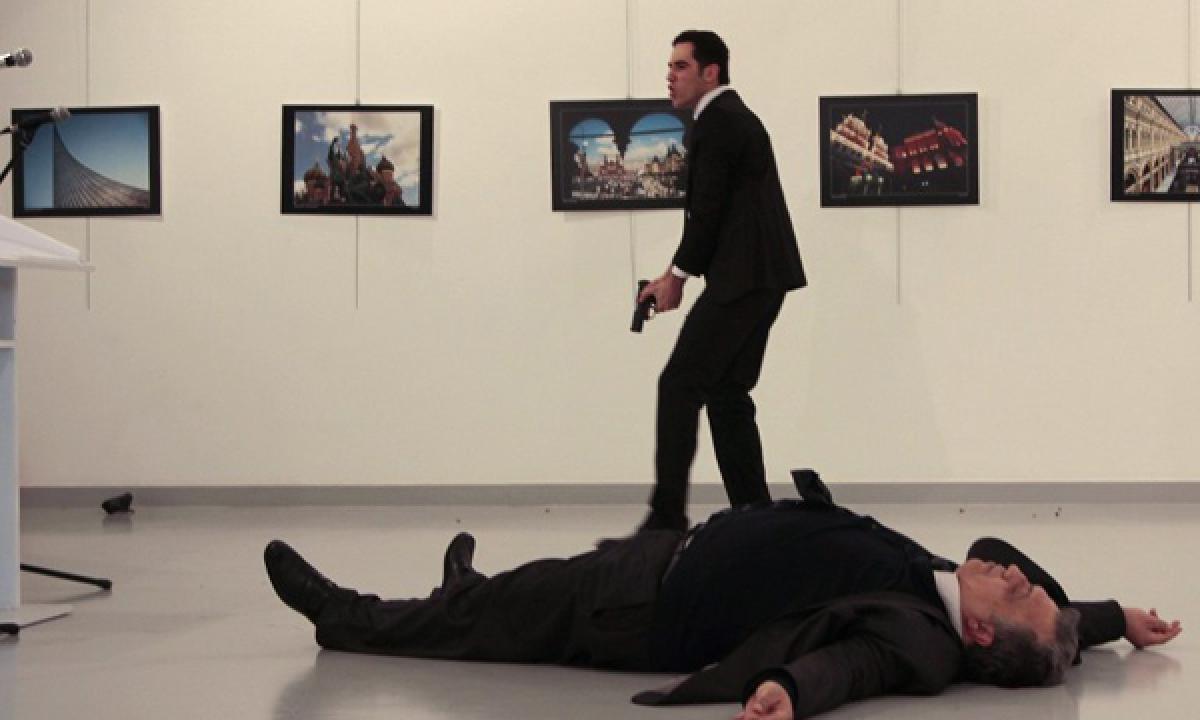 Turkish police have detained six people over the killing of the Russian ambassador, state media said, who was shot in the back as he gave a speech in...

Turkish police have detained six people over the killing of the Russian ambassador, state media said, who was shot in the back as he gave a speech in Ankara on Monday by an off-duty police officer shouting "Don't forget Aleppo" and "Allahu Akbar".

The state-run Anadolu agency said on Tuesday the attacker's mother, father, sister and two other relatives were held in the western province of Aydin, while his flatmate in Ankara was also detained. Police paced up and down behind a cordon on Tuesday morning outside the art gallery where the ambassador, Andrey Karlov, was shot. A crime scene investigation van was parked outside the building.

The United States (US) said its three missions in Turkey would be closed on Tuesday after a gun was fired in front of the US embassy in Ankara overnight. The embassy was near the art gallery where Karlov was shot and Turkish police detained a man over the incident, state media reported.

Russia's foreign ministry said on Tuesday the two countries' foreign ministers had underlined the need to put more effort into effectively fighting terrorism in a phone call overnight. The Russian, Turkish and Iranian foreign ministers will meet in Moscow later on Tuesday to discuss the crisis in Syria. A Russian delegation was due to arrive in Ankara at 11 a.m. (0800 GMT) to conduct investigations into the attack, broadcaster CNN Turk reported.

Turkey faces multiple security threats, including from the Islamic State (ISIS) militant group. A spokesman for the hardline Sunni Muslim group urged sympathisers around the world in December to carry out a fresh wave of attacks, singling out Turkish diplomatic, military and financial interests as preferred targets.

However, a senior Turkish security official said there were "very strong signs" the gunman belonged to the network of the US-based cleric Fethullah Gulen, who Ankara says orchestrated a failed coup in July. Erdogan has denounced Gulen as a terrorist, but the cleric, a former ally, denies the accusation, and has also denied any role in the assassination.

A video showed the attacker shouting: "Don't forget Aleppo, don't forget Syria!" and "Allahu Akbar" ("God is Greatest") as screams rang out. He paced about and shouted as he held the gun in one hand and waved his other hand in the air.

Russia is an ally of Syrian President Bashar al-Assad and its air strikes helped Syrian forces end rebel resistance last week in the northern city of Aleppo. Turkey, which seeks Assad's ouster, has been repairing ties with Moscow after shooting down a Russian warplane over Syria in 2015.