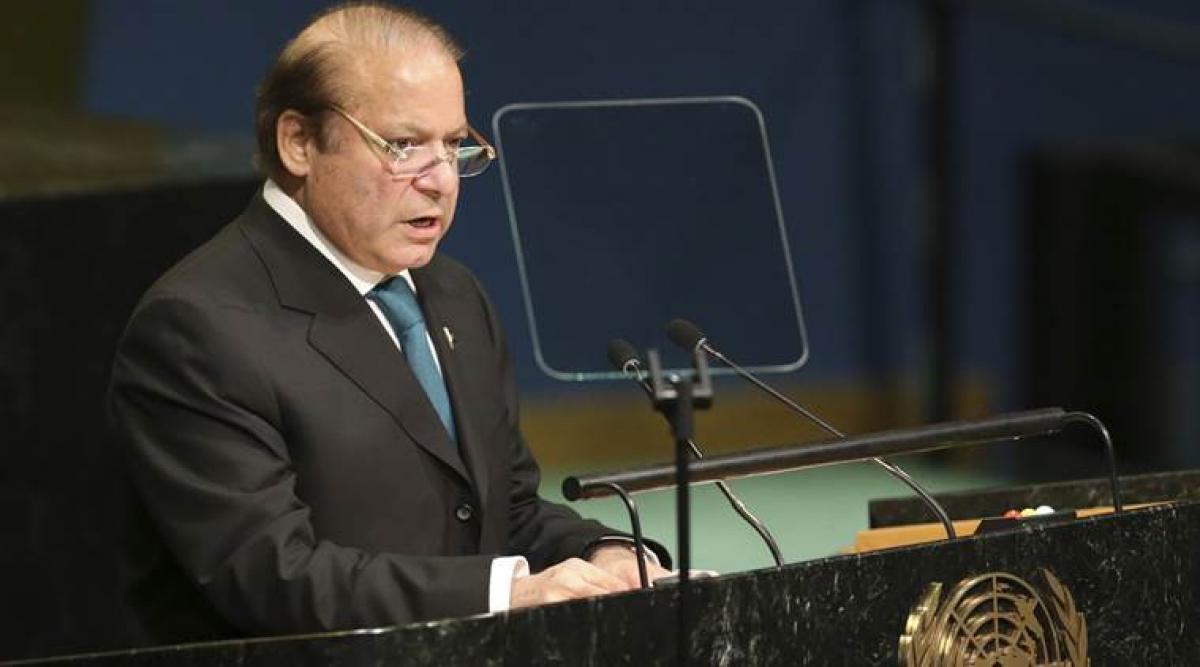 Addressing the inaugural ceremony of a two-day international parliamentary seminar on Kashmir here, Sharif also praised the spirit and determination of the Kashmiri people for their struggle for the right to self-determination.

"Our hearts beat and sink with our Kashmiri brethren," Radio Pakistan quoted Sharif as saying. The world needs to tell India that "enough is enough" with regard to its policy towards Kashmir, he said, while asserting that Kashmir is an "integral part" of Pakistan.

He claimed the "martyrdom of vibrant and charismatic Kashmiri leader Burhan Wani has given a new turn to the Kashmiri movement".

He regretted the "Indian aggression" against Kashmiri people in the wake of protests triggered by the killing of Wani by security forces on July 8.

Sharif said supporting the Kashmiri struggle for their right to self-determination is faith of every Pakistani.

He said Pakistan will continue to extend moral, political and diplomatic support to the Kashmiri people in their indigenous struggle and continue to shake the conscience of the international community for their rights.

Sharif said Pakistan had sent special envoys to important countries to sensitise them about the situation in Kashmir. He said that he personally raised the dispute in his address to the UN General Assembly session.

Referring to the four points he presented before the UN, Sharif once again urged the world community to make all out efforts for the realisation of the promise it made to the Kashmiri people seventy years ago.

He said the UNSC resolutions should be implemented and the continued sufferings of Kashmiri people must come to an end now.

Sharif while addressing a joint session of Parliament in October last year had praised Wani, drawing a strong reaction from India which said this shows Pakistans attachment to terrorism.

He had also praised the militant during his address to the UN General Assembly on September 21, describing him as a "young leader".

India had strongly criticised Sharifs speech at the UN, describing it as an act of "self-incrimination" by Pakistan.

Speaking at todays seminar, Sharifs Adviser on Foreign Affairs Sartaj Aziz said that Kashmir issue "is a stigma on the international process".

He said both Kashmir and Palestine are the two longest unresolved items on the UNSC agenda. He pointed out relentless struggle is continuing despite the hardest measures adopted by India.