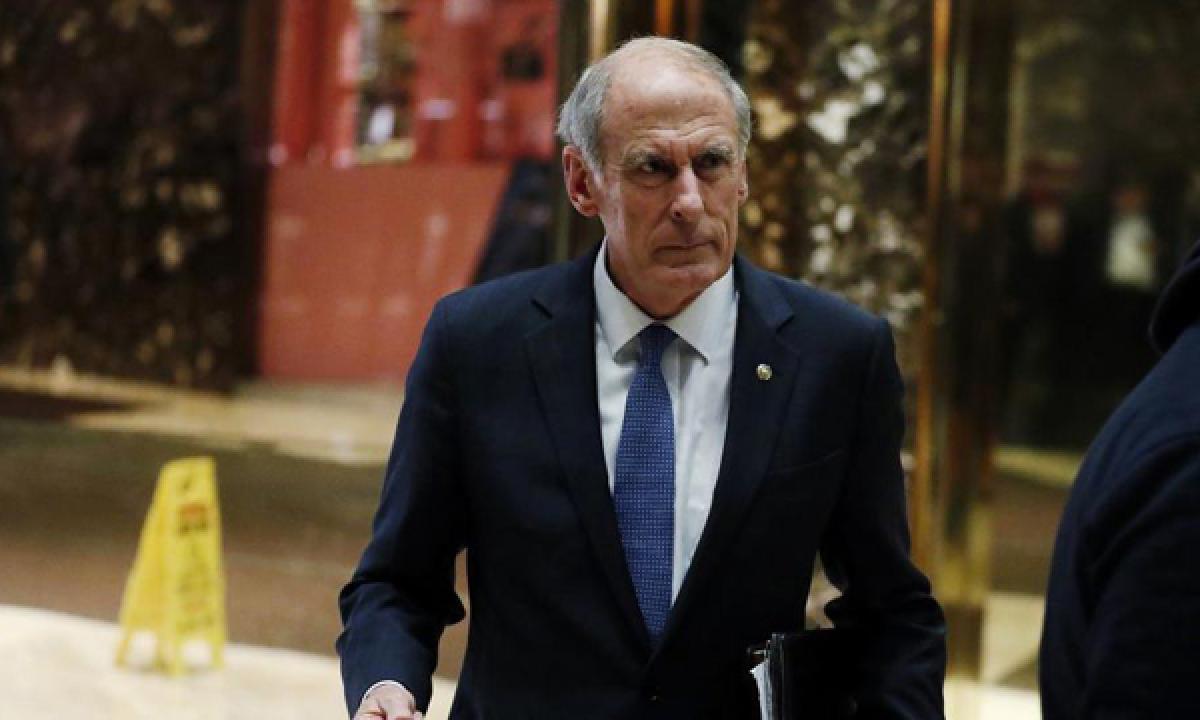 President-elect Donald Trump has selected former Indiana Sen. Dan Coats to lead the Office of the Director of National Intelligence, a role that would thrust him into the center of the intelligence community that Trump has publicly challenged, a person with knowledge of the decision said Thursday. Coats served as a member of the Senate Intelligence Committee before retiring from Congress

Washington:President-elect Donald Trump has selected former Indiana Sen. Dan Coats to lead the Office of the Director of National Intelligence, a role that would thrust him into the center of the intelligence community that Trump has publicly challenged, a person with knowledge of the decision said Thursday.

Coats served as a member of the Senate Intelligence Committee before retiring from Congress last year. If confirmed by the Senate, he would oversee the umbrella office created after 9/11 to improve coordination of US spy and law enforcement agencies.

The person with knowledge of Trump's decision, as well as others who spoke to The Associated Press about intelligence matters involving Trump, were not authorized to discuss the matters publicly and spoke on condition of anonymity.

Since winning the election, Trump has repeatedly challenged intelligence officials' assessments that Russia interfered with the election on his behalf, setting up an unusually public battle with the spy agencies. On Friday, senior intelligence officials will try to justify their claims when they brief Trump on the findings of a full report into the Russian hacking of Democratic groups. The report was ordered by President Barack Obama, who was informed of the conclusions Thursday.

On the eve of his briefing, Trump continued to challenge the intelligence community's assertion that Russia was behind the hacking of the Democratic National Committee. He questioned how officials could be "so sure" about the hacking if they had not examined DNC servers.

A senior law enforcement official said in a statement released by the FBI that the bureau repeatedly stressed to DNC officials the importance of obtaining direct access to the servers "only to be rebuffed until well after the initial compromise had been mitigated." The official said the FBI had to rely on a "third party" for information, but did get access to the material it needed.

Against that backdrop, Trump's transition team has been considering ways to restructure intelligence agencies - part of an effort to streamline operations and improve efficiency, not as retribution. Transition officials have been looking at changes at both ODNI and the CIA, according to a person familiar with the discussions. The person said they reflect the views of intelligence officials who have told Trump's team that there is room for streamlining within the multi-agency intelligence community.

The scope of the changes discussed by some in Trump's transition team was unclear. But the prospect of a sweeping overhaul still created blowback, contributing to former CIA Director James Woolsey's decision to step aside as a senior adviser to the president-elect.

A person with direct knowledge of Woolsey's decision said the former CIA chief had not been significantly involved in the Trump team's discussions on intelligence matters and became uncomfortable being labeled as an adviser. In an interview on CNN, Woolsey said he did not want to "fly under false colors."

In other recent television appearances, Woolsey - who was CIA director under President Bill Clinton - said he believed Russia was involved in the election-related hackings, though he also said others may have been as well.

The CIA declined to comment on potential changes to the intelligence community. Outgoing National Intelligence Director James Clapper told a Senate panel Thursday that his office has not been engaged in such discussions with the Trump transition team. He noted that lawmakers created his office.

"Congress, I think, gets a vote here," said Clapper, who was testifying on Russia's election interference.

Coats' nomination is likely to soothe those who fear Trump will significantly overhaul the intelligence community. The 73-year-old is a Capitol Hill veteran who served eight years in the House before moving to the Senate in 1989 to take Dan Quayle's place when he became vice president. He stayed in the Senate until 1998, then left to become a lobbyist.

After a stint as ambassador to Germany under President George W. Bush, Coats joined the high-powered Washington firm of King & Spalding. He helped lead the company's government affairs division and lobbied for pharmaceutical, defense and energy companies.

Coats, who earned $600,000 in his final 13 months at King & Spalding, downplayed his lobbying work when he returned to Indiana for a successful Senate comeback bid in 2010. He served one term and did not seek re-election last year.

Coats was a harsh critic of Russia and pushed the Obama administration to harshly punish Moscow for its annexation of Crimea in 2014. When the White House levied sanctions, the Kremlin responded by banning several lawmakers, including Coats, from traveling to Russia.

Trump has called for improving the relationship between the U.S. and Russia, and has also spoken favorably about Russian President Vladimir Putin. His refusal thus far to accept the intelligence community's assessment that Russia was meddling in the 2016 election has sparked concern among lawmakers in both parties.

Intelligence agencies have concluded that there is no question that Russia was behind hacking of political computer systems - something they say could only have occurred with the approval of top Kremlin officials. That conclusion is detailed in the classified report Obama ordered up on Russia and other foreign influence in U.S. elections dating back to 2008.