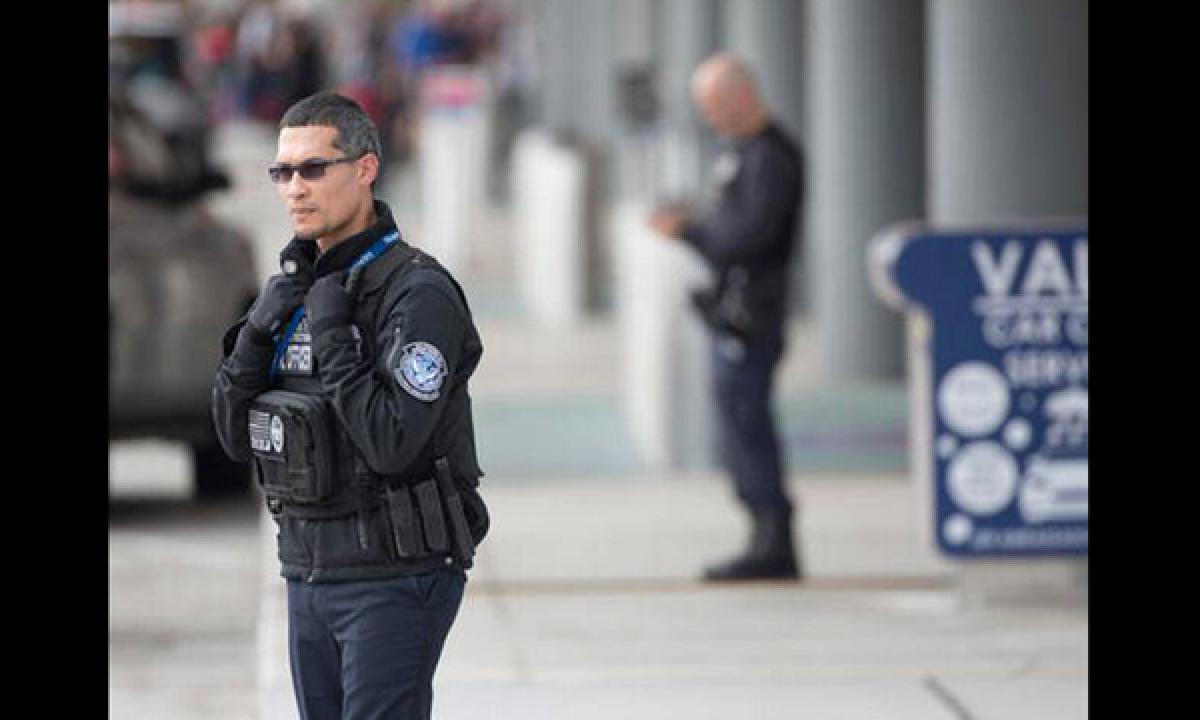 The suspect in a deadly shooting at a Florida airport used a gun that he had stored in his checked luggage, raising questions about airport security...

Dallas:The suspect in a deadly shooting at a Florida airport used a gun that he had stored in his checked luggage, raising questions about airport security and whether safety officials need to change the current rules.

Esteban Santiago, 26, retrieved his gun from his bag on the carousel, loaded it in a bathroom of the Fort Lauderdale-Hollywood International Airport, then emerged shooting in the baggage-claim area Friday, killing five people and wounding eight, authorities said.

Transportation Security Administration rules prohibit guns in carry-on bags, but they allow passengers to ship guns if they are unloaded, put in a hard-sided, locked container that only the owner has the ability to unlock, and placed in a checked bag. Explosive or flammable ammunition such as gun powder is banned, but bullets are legal if carried in checked baggage.

That means gun owners can't get to their weapons during a flight but can easily retrieve and load them after claiming their checked bags.

"This guy found a way to exploit a weakness in the system," said Henry Harteveldt, a travel analyst in San Francisco.

A ban on shipping guns in luggage would hurt law-abiding hunters, he said, "but I don't think the TSA and FAA (Federal Aviation Administration) can ignore what happened. How many airline passengers today are worried that they are vulnerable?"

This is not the first shooting using weapons in checked baggage. In 1972, three members of the Japanese Red Army terror group retrieved guns and grenades from their bags after landing in Tel Aviv, Israel, and killed 26 people.

"This guy followed the script from 1972," said Jeffrey Price, an aviation-security expert who teaches at Metropolitan State University of Denver.

Price said that banning guns in luggage might have prevented Friday's attack but wouldn't stop a determined killer.

"What's to stop him from driving to the airport, parking his car, getting his gun and going into the airport and shooting people?" Price said.

A TSA spokesman referred The Associated Press to the agency's current rules but declined to comment further, including on whether Friday's shooting would lead to a review of those rules.

The TSA does not track the number of guns that passengers place in checked bags, but it is not a rare practice. Most airlines detail their gun-carrying policies on their websites. Santiago had flown out of Anchorage, Alaska. So many hunters from the Lower 48 visit Alaska that the state's Fish and Game Department also describes on its site how to travel with guns.

Price noted that passengers wishing to check guns must declare them and show that they are unloaded. He said airlines often have the gun inspected by TSA officers in another part of the airport. It's enough of an inconvenience, he said, that he tells hunters to mail or use a delivery service to ship the gun to their destination.

The TSA has been confiscating more guns from carry-on bags. Screeners took away 2,653 guns in 2015, up 20 percent from 2014. The TSA frequently tweets photos of the arsenal that it scoops up at checkpoints.