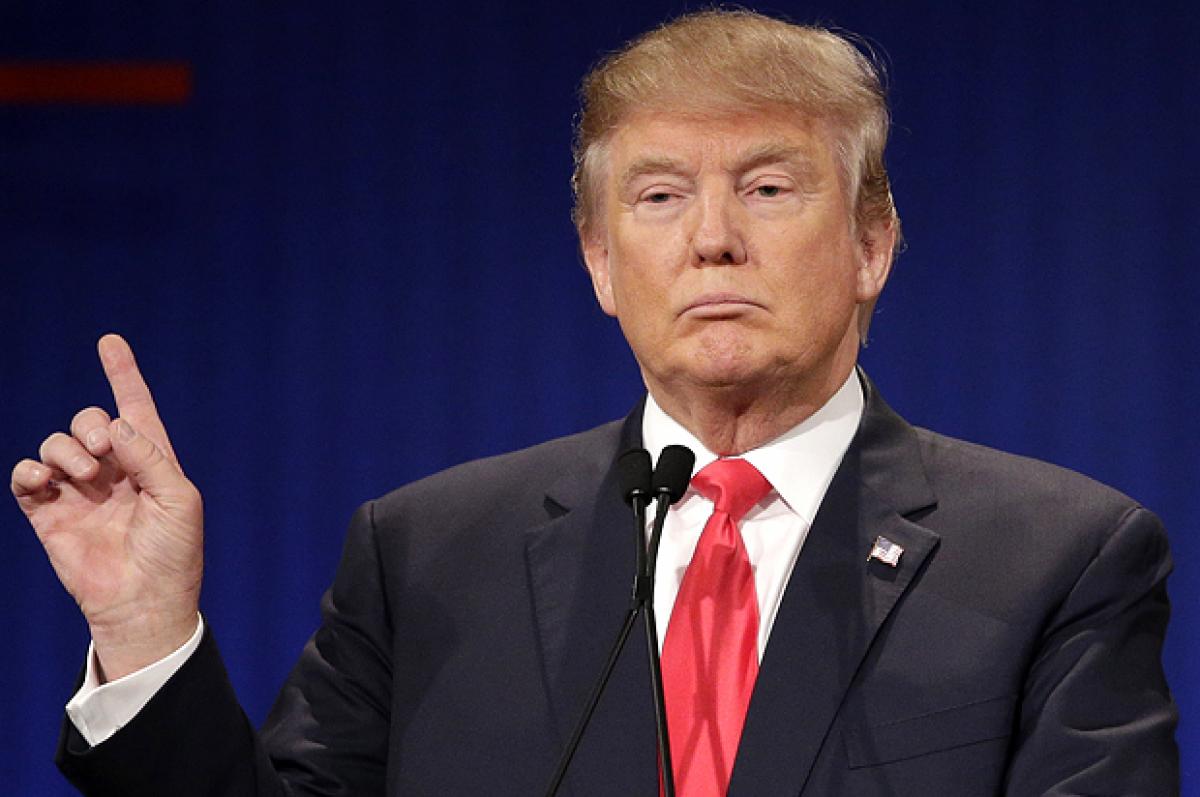 In the early hours of November 9, Donald J. Trump stepped into an overheated room in a midtown Manhattan hotel room, surrounded, as always, by members of his family.

Washington: In the early hours of November 9, Donald J. Trump stepped into an overheated room in a midtown Manhattan hotel room, surrounded, as always, by members of his family.

His youngest son, Barron, 10, wearing a suit and tie, stood by stiffly, looking a bit dazed.

Speaking to an America and a world in shock, Trump mouthed a few conciliatory sounding words. He had just become the triumphal face of a spreading and troubling populism.

After a suspense-filled election night, Trump, 70, had written one of the most incredible pages in his country's history: the accession to the White House of a man without the slightest political experience, and whose xenophobic and sexist utterances during the campaign had caused shock, anger and scandal.

And yet he had been embraced, with some enthusiasm, by a significant part of America.

"I think it's fair to say he and I are sort of opposites in some way," President Barack Obama noted, with considerable understatement.

Indeed, it is hard to imagine two more different men: the country's first black president, a man of natural elegance and intellectual brilliance; and the brusque billionaire New Yorker with the strangely coloured blond hair, the physical corpulence, and a proclivity for using simple words and blunt phrases.

Trump is above all a businessman, having built his fortune in luxury real-estate projects and high-end golf clubs.

In recent years, he has made the Trump brand his principal asset leasing the use of his name on dozens of office buildings, hotels and establishments around the world.

He is also a celebrity who circulates in Manhattan's high society.

The former owner of the Miss Universe contest owes much of his notoriety to "The Apprentice", a reality TV show, which he produces and previously hosted, in which the winner is offered a job in the Trump Organization.

He is extremely rich, though probably not to the tune of the $10 billion he has claimed: Forbes magazine in September estimated his worth at $3.7 billion.

As a politician, Trump is an aggressive, impulsive and immoderate man who makes no attempt to contain his outsized ego.

But he also operates by instinct, and that helped him best a crowded field of Republican candidates, capturing and exploiting the anger and frustrations of a sizable part of the American electorate, a white working class that feels devalued and ignored, victimized by globalization and free trade deals.

Trump has little in common with those he promises to defend against the nation's elite, an establishment regularly vilifies.

He lives in Manhattan, at the top of Trump Tower, in a flamboyantly gilded three-floor penthouse apartment. He travels in an ultra-luxurious private jet and was willing to pour $50 million of his personal fortune into his campaign.

"What amazes a lot of people," he told Time magazine when it named him Person of the Year, "is that I'm sitting in an apartment the likes of which nobody's ever seen and yet I represent the workers of the world."

For Trump, a top priority is bringing jobs back to the United States.

Since his election, and even before taking the oath of office, he has regularly applied pressure to employers, with at least some positive results.

Some automakers have announced new investments in the US or say they will move some production from Mexico to the United States.

Trump has pursued his unconventional, disruptive approach to politics at every level.

He led a hostile takeover of the Republican Party, seizing the levers of control.

Party bigwigs who once curtly dismissed him as "phony" or a "con man" have fallen in line and, one after another, have sworn allegiance.

They have had to swallow a series of bitter pills as Trump successfully sold a few simple principles to American voters.

Immigration is a problem? We'll build a wall and deport 11 million undocumented immigrants. Terrorists pose a threat? We'll ban all Muslims or on second thought, just those from "high-risk" countries.

Such talk was deeply unsettling to blacks, Latinos, minorities and foreigners living in the United States.

In the complex geopolitics of the 21st century, Trump called for closer ties to Russian President Vladimir Putin, still an enemy of America in the minds of many Republicans.

The true nature of Trump's links to Moscow has given rise to the most intense speculation.

US intelligence services say they are convinced the Russians attempted to help Trump defeat Hillary Clinton by hacking the electronic communications of the Democratic National Committee and her own campaign chief.

During his campaign against the Democratic former senator and secretary of state, he relied far more on insults and provocation than on political argumentation.

With "Crooked Hillary" and "Lock her up" slogans chanted raucously at his huge rallies, he took political confrontation to a level of brutality unseen in modern US politics.

Since his election, Trump has almost exclusively used Twitter where he has 20 million followers to deliver his blunt messages.

In stormy, aggressive language, he settles accounts with those who offend or dare criticize him.

"He's not making a move to become more presidential. He's not the type to adapt to a role, he's the type to impose himself on the job," Michael d'Antonio, the author of "The Truth about Trump," said in an interview with AFPTV.

During his campaign, Trump, miraculously, has emerged unharmed from the most compromising of revelations, in particular when he had to admit to using vulgar and abusive language regarding his treatment of women.

He was not at his best in the televised debates against the famously well-prepared Clinton.

But his campaign rallies often had an electric feel, and Trump proved adept at galvanizing crowds while seeming to embody the hopes of large numbers of voters.

Trump was the fourth of five children born to a New York real estate developer.

After a sometimes turbulent childhood, his parents sent him to an elite military academy in hopes the regimented lifestyle would calm him.

After his Ivy League studies at the University of Pennsylvania's Wharton School, he joined the family business.

His father helped him get started with what he called a "very small loan" of $1 million, though some reports put the amount at perhaps 10 times that amount.

In 1971, he took control of the family business. But while his father had built apartment buildings for middle-class renters, Trump preferred luxury high-rises, glittering casinos and well-manicured golf courses, from Manhattan to Mumbai.

Trump would be nothing without his family, his closest partners and advisers in business and politics.

Only his wife Melania, a Slovenian-born ex-model, has remained in the background, planning to stay in New York for now with young Barron.

Trump's adult sons Don Jr and Eric will take over the running of the family empire.

Daughter Ivanka, 35, is moving to Washington with her husband, Jared Kushner, himself a multi-millionaire who will be a senior adviser to his president father-in-law.