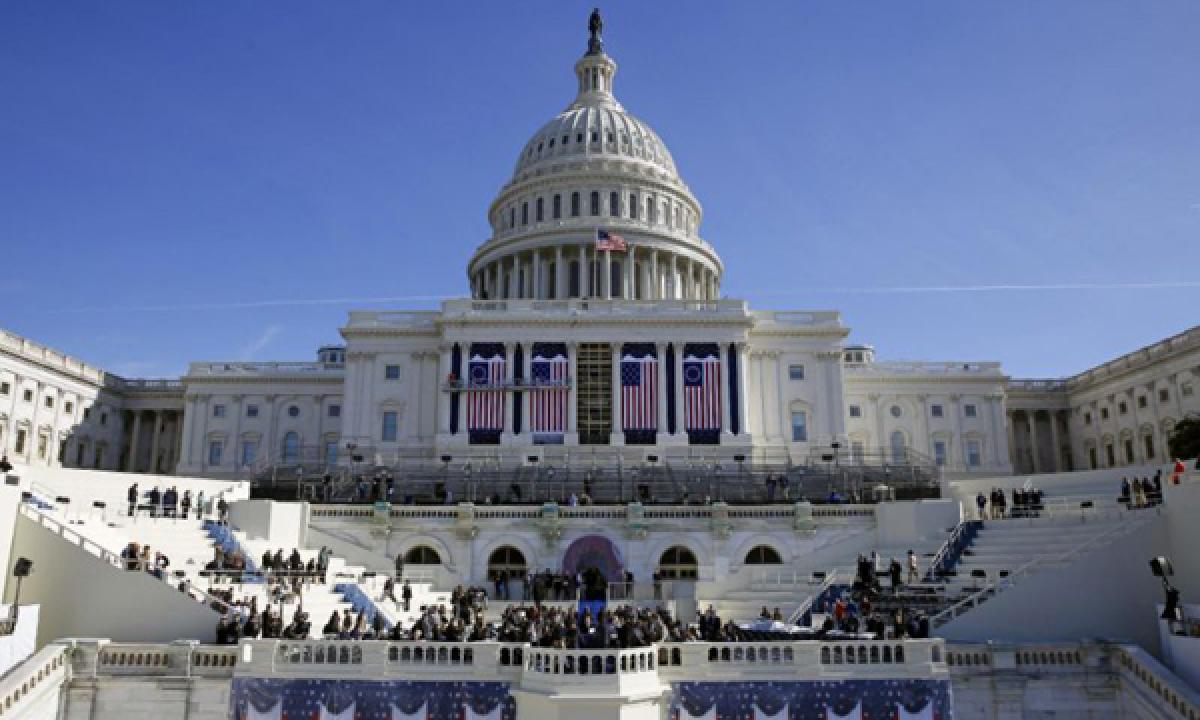 The roster of House Democrats planning to boycott President-elect Donald Trump\'s inauguration grew to about 50 on Tuesday in a protest of the New York businessman\'s policies and his repeated criticism of legendary civil rights activist John Lewis. The Georgia congressman made headlines over the weekend for challenging Trump\'s legitimacy to be the next president and erroneously claiming that Trump\'

Washington:The roster of House Democrats planning to boycott President-elect Donald Trump's inauguration grew to about 50 on Tuesday in a protest of the New York businessman's policies and his repeated criticism of legendary civil rights activist John Lewis.

The Georgia congressman made headlines over the weekend for challenging Trump's legitimacy to be the next president and erroneously claiming that Trump's inauguration would be the first he will have missed since coming to Congress three decades ago.

Lewis' office on Tuesday confirmed that the congressman had missed Bush's swearing-in.

"His absence at that time was also a form of dissent," said spokeswoman Brenda Jones. "He did not believe the outcome of that election, including the controversies around the results in Florida and the unprecedented intervention of the U.S. Supreme Court, reflected a free, fair and open democratic process."

Lewis said last week that he would skip Trump's swearing in on Friday, telling NBC News that he didn't view Trump as a legitimate president.

"I think the Russians participated in helping this man get elected. And they helped destroy the candidacy of Hillary Clinton," Lewis said in an interview with NBC's Meet the Press that aired Sunday.

Lewis' comments drew angry weekend tweets from Trump, who wrote that "rather than falsely complaining about the election results," Lewis should focus on his congressional district.

House Speaker Paul Ryan, R-Wis., also weighed in, telling a Milwaukee Fox television affiliate Tuesday that Trump "won this election fair and square" and that Democrats were wrong "to try and inject some kind of claim of illegitimacy on the dawn of a new presidency."

Ryan praised Lewis, however, telling Fox6Now.com that Lewis "knows what I think of him, how much I look up to him. I think both men would do better by just getting to know each other, and understanding each other."

The number of Democrats boycotting Trump's inauguration continued to increase, including Minnesota Rep. Keith Ellison, a top contender to lead the Democratic National Committee, as well as many black and Hispanic lawmakers. Top Democrats like House Minority leader Nancy Pelosi and Senate Democratic leader Chuck Schumer of New York will attend, however, and none of the Senate Democrats said they'll skip the inauguration.

Trump spokesman Sean Spicer shrugged off the protest and indicated they would give away the seats.

"We'd love for every member of Congress to attend but if they don't, we've got some great seats for others to partake in. It's a shame that these folks don't want to be part of the peaceful transfer of power," Spicer told reporters on a morning call.

On Tuesday, Democrats such as Alma Adams of North Carolina, Mike Doyle of Pennsylvania and Carol Shea-Porter of New Hampshire joined the growing ranks of lawmakers boycotting Trump's inauguration.

"I cannot in good faith and consciousness pretend to celebrate the inauguration of someone who has spoken so horribly about women, minorities and the disabled," Adams said.

Trump and other Republicans have dismissed the boycott and complaints, saying Democrats are sore losers who need to accept the results of the election and move on. Democrats control 194 House seats.

While many Democrats were furious with the outcome of the drawn out 2000 election in which George W. Bush defeated Al Gore after recounts and a Supreme Court ruling, they generally attended Bush's inauguration as the nation's 43rd president.

The House is out of session most of this week and roll call votes are not anticipated, so other lawmakers in both parties may skip the trip.

Obama repeatedly faced questions during the 2008 campaign about the widely debunked claim that he was not a U.S. citizen and that his birth certificate was a fake. Trump, in fact, perpetuated that notion for many years before a brief statement last year that Obama was a citizen. Republicans attended Obama's two inaugurations.

Rep. Don Beyer, D-Va., said he will not be part of the "normalizing or legitimizing" of a man whose election may be the result of "malicious foreign interference of Russian leaders," a reference to US intelligence's assessment that Russia meddled in the election to help Trump win.