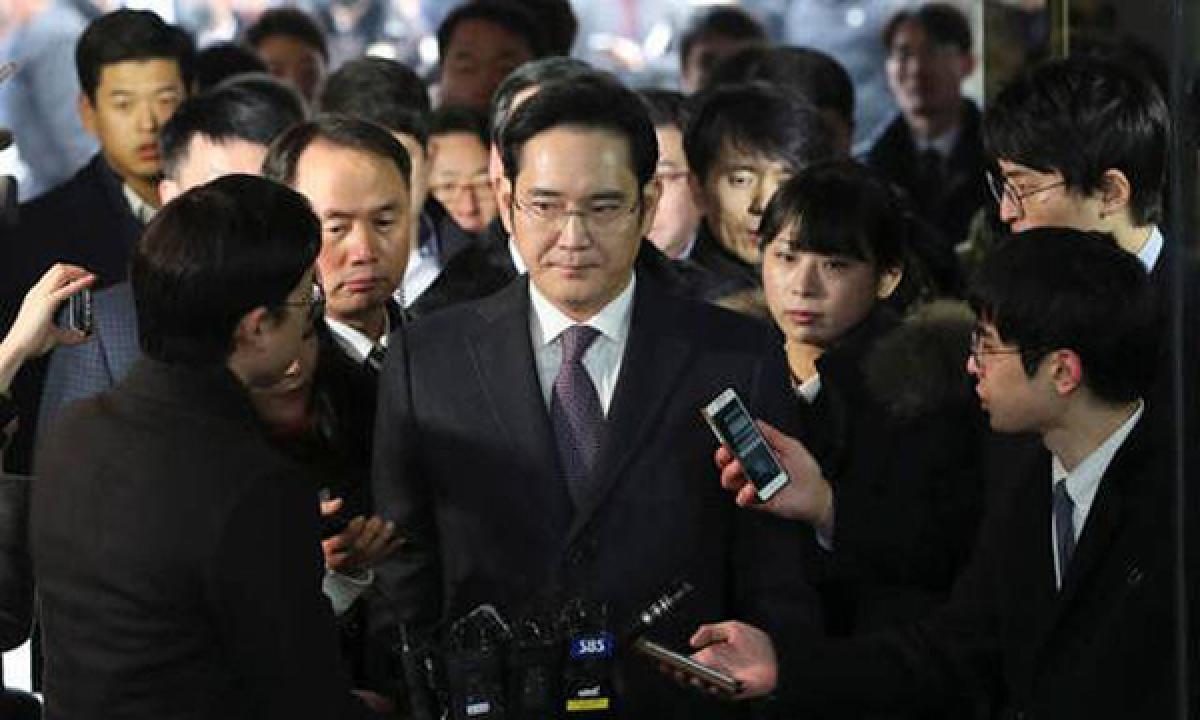 A South Korean court is considering whether to approve the arrest of Samsung Electronics vice chairman Lee Jae-yong, one of the country-'s wealthiest...

Seoul:A South Korean court is considering whether to approve the arrest of Samsung Electronics vice chairman Lee Jae-yong, one of the country's wealthiest business leaders, on charges of bribery and other offences.

Lee, the only son of Samsung's chairman, did not speak to a crowd of reporters waiting while arriving and leaving the Seoul Central District Court on Wednesday. After the four-hour hearing he was taken to a detention center near Seoul to await the court's decision.

If Lee's arrest is approved, prosecutors can detain him for up to 21 days before formally charging him, said the court's spokesman Shin Jae-hwan. The judge will announce a decision on the arrest warrant early Thursday morning, Shin said, though the exact timing was unclear.

The company had a challenging year even before getting drawn into an influence-peddling scandal that led to the impeachment of President Park Geun-hye. In 2016, Samsung Electronics had several product recalls, including the discontinuation of Galaxy Note 7 smartphones that tended to overheat or catch fire.

Prosecutors requested Lee's arrest for allegedly bribing Park and a confidante of hers, Choi Soon-sil, who is on trial for meddling in state affairs.

Lee, 48, faces allegations of giving bribes worth 43 billion won ($36 million) to Choi and the president in hopes of winning government backing for a contentious Samsung merger in 2015.

Prosecutors also suspect Lee of embezzlement and of lying under oath during a parliamentary hearing last month.

Lee has been serving as the de facto head of Samsung since his father suffered a heart attack in 2014.

Prosecutors plan to summon Park, who is awaiting a court's decision on whether to uphold her impeachment, to question her about the bribery allegations.