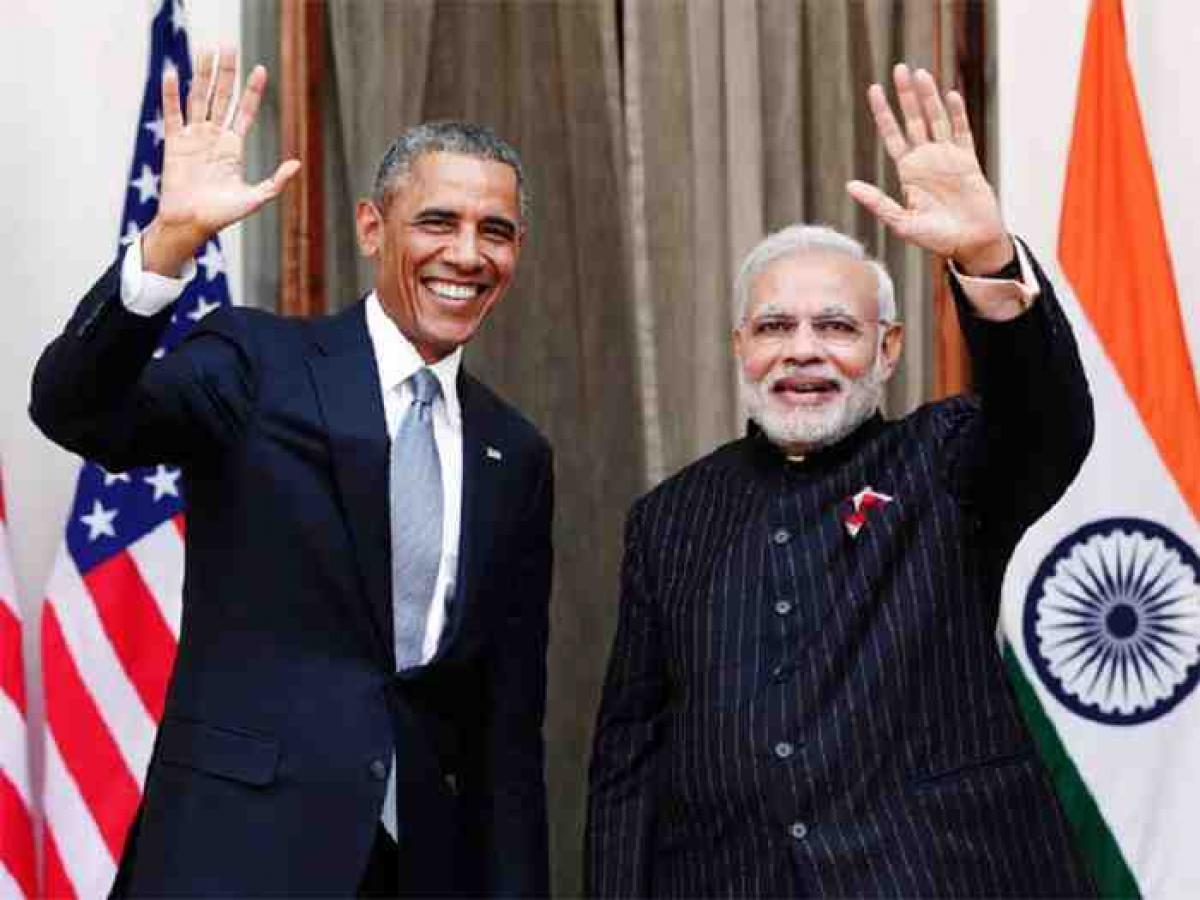 Outgoing US President Barack Obama telephoned Prime Minister Narendra Modi to thank him for his partnership that enhanced the relations between India and America, the White House has said.

Washington: Outgoing US President Barack Obama telephoned Prime Minister Narendra Modi to thank him for his partnership that enhanced the relations between India and America, the White House has said.

Obama spoke on the phone with Modi on Wednesday to thank him for "his partnership" and to review joint efforts of cooperation including defence, civil-nuclear energy, and enhanced people-to-people ties, a readout of the telephonic conversation between the two leaders said.

"Both leaders discussed the progress they have made on shared economic and security priorities, including recognition of India as a major defense partner of the United States and addressing the global challenge of climate change," it said.

Obama was one of the first leaders to congratulate Modi after his electoral victory in May 2014 and immediately invited him to visit the White House.

The two leaders met at the White House in September 2014.

Since then they have met each other for eight times. This is a record for leaders between India and America.

According to Assistant Secretary of State for South and central Asia Nisha Desai Biswal, the two leaders share a very warm relationship.

"You have seen from President Obama that appreciation of Prime Minister Modi in words that he has used to describe him including in that Time magazine profile of the Prime Minister.

You have seen that Prime Minister Modi's appreciation of President Obama, of his values, his leadership style which the Prime Minister has used to describe the President," she said.

She said that it is not a relationship that just came about that day when President called Prime Minister-elect Modi to congratulate him.

"The seeds of this relationship were actually sown many many decades earlier," Biswal had said.