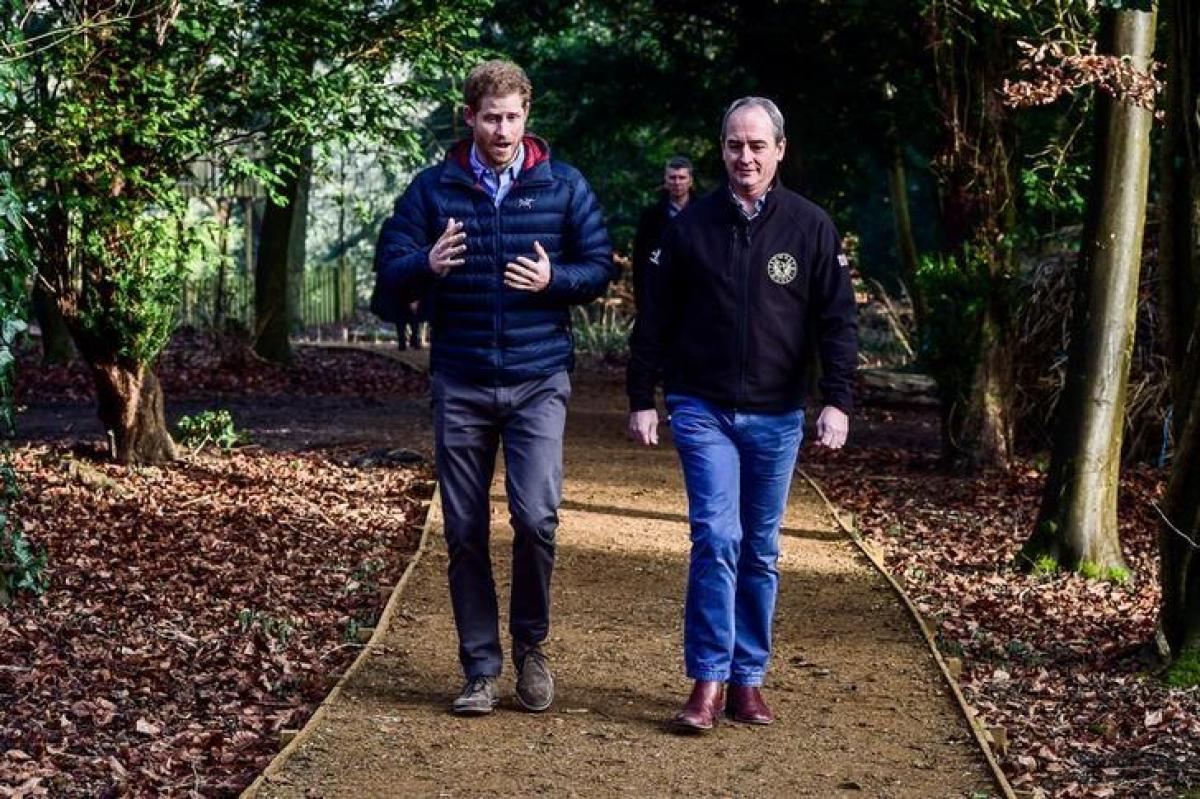 Britain\'s Prince Harry spoke of soldiers\' need for \"a dark sense of humour\" to cope with the aftermath of serving in conflict zones as he visited a support centre for ex-servicemen suffering from anxiety, depression, stress, anger, and alcohol issues.

Britain's Prince Harry spoke of soldiers' need for "a dark sense of humour" to cope with the aftermath of serving in conflict zones as he visited a support centre for ex-servicemen suffering from anxiety, depression, stress, anger, and alcohol issues.

The prince, who served with the British forces in Helmand, Afghanistan on two operational tours, was visiting the Help for Heroes Recovery Centre in Tidworth, Wiltshire, in southern England, where he learned more about the therapeutic benefits of outdoor activities.

Speaking to former soldiers involved in a programme to build an Iron Age roundhouse, Harry touched on a macabre brand of humour that civilians could find hard to understand.

"It's that dark sense of humour", he said. "A lot of civilians don't get it and actually it can be frowned on sometimes but...without it, you can't function at all, it's got to be...part of the recovery process."

The Help for Heroes service provides free and confidential aid to former service personnel and their families, as well as the families of those still serving.

Mike Day, a former soldier, described how being outdoors at the centre in a natural environment with people who had endured similar experiences had helped him.

"Being outside in the woods, where there is no real noise, being here with people who are like-minded, similar injuries, similar situations...brings you all together and...more than anything it's therapeutic," he said.

In a sit-down session with beneficiaries of the Help for Heroes programme, Harry stressed the need to reach out to those suffering from debilitating depression and anxiety.

Harry, 32, has been active in raising awareness of the challenges faced by veterans, including helping to organise the inaugural London Invictus Games, a sporting event for wounded servicemen and women, in 2014.The Help for Heroes service has helped 1,000 veterans access support since it began in 2007.