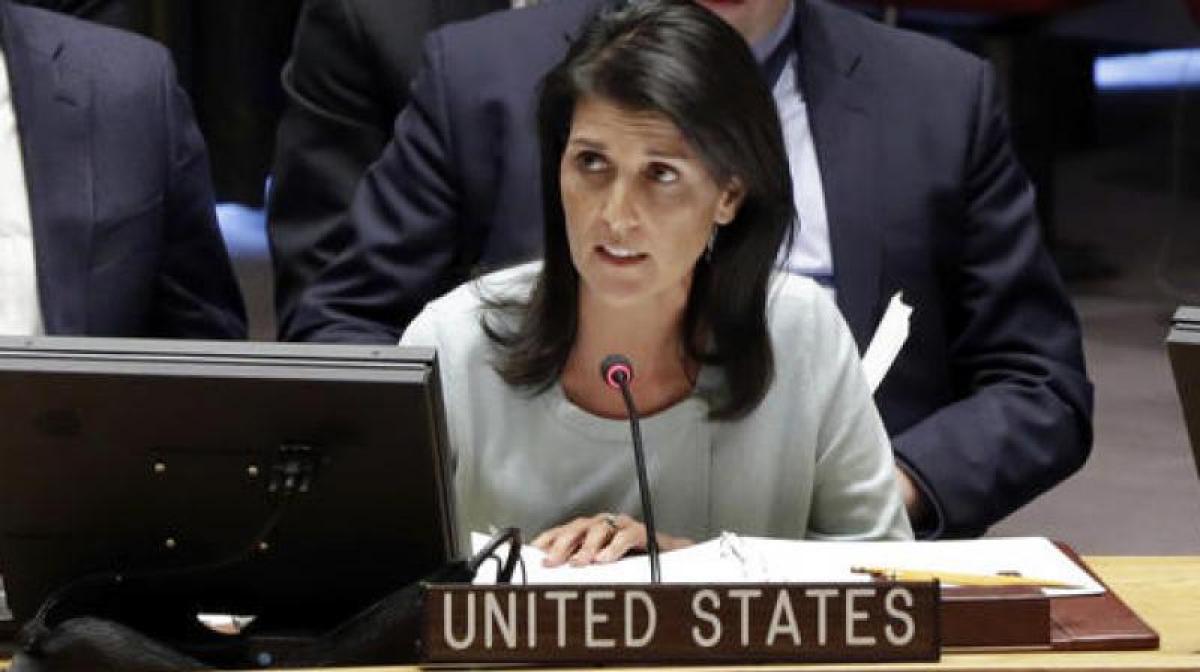 Washington\'s new UN envoy Nikki Haley is putting in motion a far-reaching review of UN peacekeeping that is likely to lead to closures and downsizing of missions, according to diplomats.

Washington's new UN envoy Nikki Haley is putting in motion a far-reaching review of UN peacekeeping that is likely to lead to closures and downsizing of missions, according to diplomats.

Haley took up her post with a vow to overhaul the United Nations and "do away" with what she termed as "obsolete" activities amid fresh clamor in Washington over US funding for the world body.

During one-on-one meetings with Security Council ambassadors this week, the new US envoy raised peacekeeping as a priority for cuts, zeroing in on the UN's flagship enterprise, according to three diplomats with knowledge of the discussions.

"On UN reform, I think there is a particular interest in peacekeeping," said a Security Council diplomat.

Haley is setting up a mission-by-mission review of all 16 peace operations and is "relatively skeptical" of the value and efficiency of many of the blue-helmet deployments, said the diplomat, who spoke on background.

A senior Security Council diplomat said that peacekeeping reform was "a priority" for the new US ambassador "who wants to work closely with key partners on the issue in the coming weeks."

While the United States has few soldiers serving as peacekeepers, it is by far the biggest financial contributor to UN peacekeeping, providing nearly 29 percent of the $7.9 billion budget for 2017.

During hearings at the US Senate in January, Haley made clear she was seeking to bring the US share of funding for peacekeeping to below 25 percent and said other countries should step in to shoulder the burden.

"We have to start encouraging other countries to have skin in the game," she said.

No list has been drawn up of missions that are to be axed, but diplomats said UN missions in Haiti and Liberia are probably headed for a rapid shutdown.

Get it settled and get out

The last remaining UN peacekeepers in Ivory Coast will pull out in June while the Security Council renewed the UNMIL mission in Liberia until March 2018 with the understanding that this would be the final year.

UN peacekeeping chief Herve Ladsous is traveling to Haiti next week to carry out an assessment that could pave the way for a closure.

For now, diplomats are welcoming the US scrutiny and agree that while some missions are operating in difficult political environments -- Haiti, Cyprus or Kosovo for example -- there is no major threat of conflict in those areas.

At the Senate hearing, Haley questioned the decision to send peacekeepers to South Sudan, citing opposition from President Salva Kiir's government, even though some 200,000 civilians are sheltering in UN bases.

There should be clear exit strategies, she argued, and new missions should be authorized only if there is a "secure base to start with."

"Our goal should be to go in, keep the peace, get it settled and get out," she said.

The peacekeeping review could have serious implications for stability in Africa. Nine of the UN's 16 peacekeeping missions are deployed on the continent.

US de-funding could open up the door for China -- the second largest financial contributor to UN peacekeeping and Africa's number one trading partner -- to bolter its role.

The biggest and most costly mission is the 22,000-strong MONUSCO force in the Democratic Republic of Congo, which has been deployed for 18 years and has an annual budget of $1.2 billion that some say could be downsized.

The joint UN-African Union mission in Sudan's Darfur region (UNAMID) is singled out as a costly and ineffective operation because it has been repeatedly blocked by the Sudanese government.

But analyst Aditi Gorur said funding cuts to UN missions in South Sudan, DR Congo, the Central African Republic and Mali "would likely be a death sentence for thousands of people, and would undo a huge amount of progress toward peace deals."

"The bottom line is that UN peacekeeping is a bargain for the US government," said Gorur, director of the Protecting Civilians in Conflict Program at the Washington-based Stimson Center.

"It advances the national interest by promoting peace and stability at a fraction of the cost of what the US would have to spend on its own."