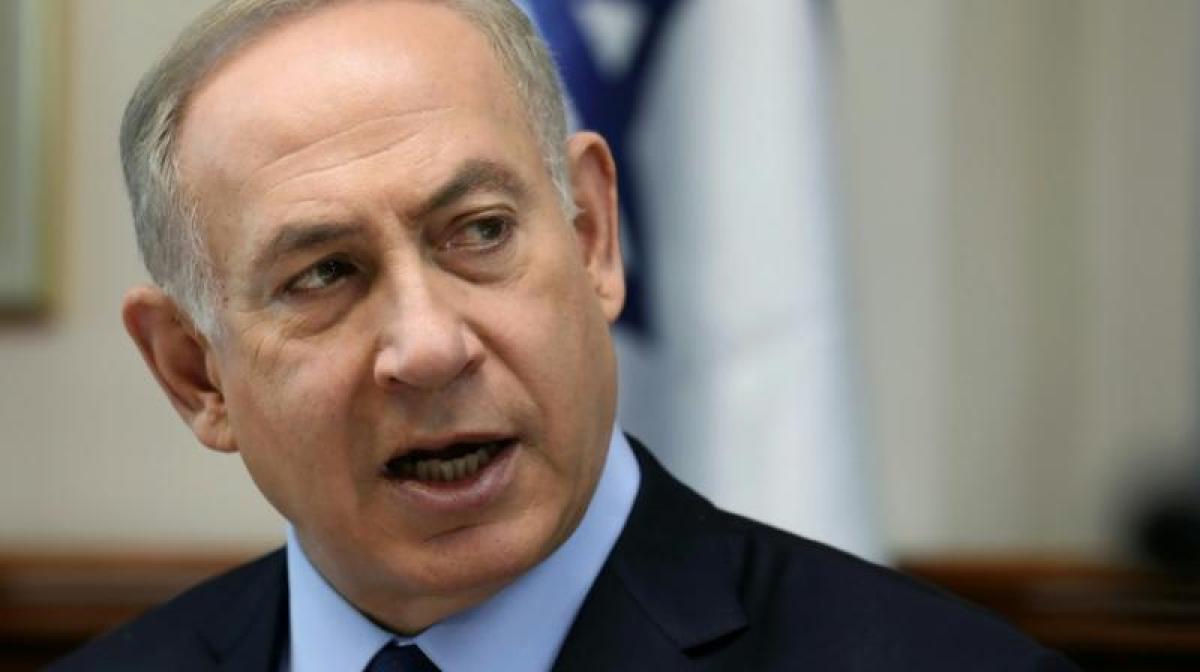 Israeli Prime Minister Benjamin Netanyahu said Monday that all \"responsible nations\" should back new sanctions against Iran, speaking during a meeting with his British counterpart Theresa May in London.

Israeli Prime Minister Benjamin Netanyahu said Monday that all "responsible nations" should back new sanctions against Iran, speaking during a meeting with his British counterpart Theresa May in London.

He said he welcomed US President Donald Trump's "insistence on new sanctions against Iran. I think other nations should follow suit, certainly responsible nation," as he accused Iran of "provocation after provocation".

"I'd like to talk to you on how we can ensure that Iran's aggression does not go unanswered," he told May.

Trump last week said Iran was now formally "on notice" after a recent missile test and has voiced opposition to the Iran nuclear deal.

Netanyahu is a fierce opponent of the deal with world powers, including Britain, in which Iran pledged to curb its nuclear programme in return for sanctions relief.

A spokeswoman for May said the two leaders would "talk about a range of security and international issues, including the Middle East peace process."

She said May would raise Britain's concern about how the "continued increase of settlements activity undermines trust."

There has been a sharp acceleration in Israeli settlement expansion plans since Trump took office last month, with more than 6,000 new homes announced in less than a fortnight.

British Minister for the Middle East Tobias Ellwood warned on Wednesday that the plans made the two-state solution "much harder to achieve".

Britain voted in favour of a UN Security Council resolution passed in December demanding a halt to settlement construction. The vote prompted Israel to temporarily scale back relations.

But Britain refused to sign the final statement of a Middle East peace conference held in Paris last month that was strongly opposed by Israel.