Jokes, Trolls And The Anatomy Of Being A White House Kid 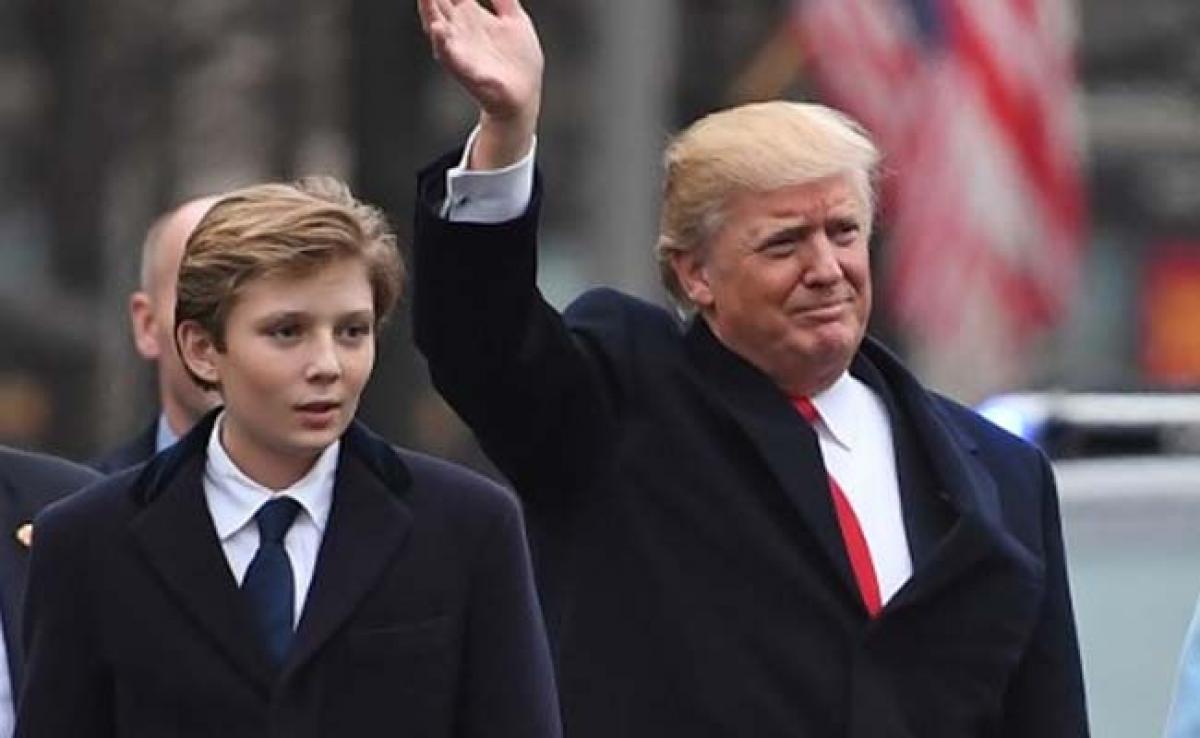 If it's tough being a kid, try being a "first kid" - the child of an American president. Just ask former President Bill Clinton's daughter, Chelsea. Or President George W Bush's twins, Jenna and Barbara. And now, President Donald Trump's youngest child, Barron, is finding out.

Ten-year-old Barron was the target of a poorly received joke tweeted by a 'Saturday Night Live' writer on January 20 as the new first family revelled in Inauguration Day events. Separately in Chicago, comedian Shannon Noll played the title character in 'Barron Trump: Up Past Bedtime', which had a recent run at a theater in Hyde Park.

Both instances have revived age-old questions about the sometimes less-than-kid-glove treatment of presidential kids.

"I think the children are off-limits," said Lisa Caputo, who was White House press secretary when 'Saturday Night Live' made fun of then-13-year-old Chelsea Clinton. "They didn't run for public office, they don't hold an official role."

Then 'SNL' cast member Mike Meyers sent the Clintons a letter of apology after the incident.

The teenage Chelsea Clinton also was mocked by talk radio host Rush Limbaugh, who called her a dog.

Katie Rich, the 'SNL' writer who tweeted about Barron, was suspended indefinitely. After deleting the tweet and deactivating her Twitter account, she reactivated the account, saying she wanted to "sincerely apologize" for the "insensitive" tweet and that she deeply regretted her actions.

"It was inexcusable & I'm so sorry," Ms Rich said. Fellow comedians have risen to her defense, but Mr Noll told the Chicago Reader that she has been the subject of a social media backlash, including death threats, as well as homophobic, transphobic, anti-Semitic and racist comments directed at her.

All presidents and first ladies seek a life outside the spotlight for minor children who live in the 132-room mansion, except when they themselves put their kids in the spotlight.

Days after the incident involving Ms Rich, the White House appealed for respect for Barron's privacy.

"It is a longstanding tradition that the children of presidents are afforded the opportunity to grow up outside of the political spotlight," the White House press office said in a brief statement. "The White House fully expects this tradition to continue."

That same week, Mr Trump told Sean Hannity of Fox News that it was "a disgrace" for NBC "to attack my 10-year-old son." Mr Trump also suggested the dustup may have bothered Barron, who has only been seen publicly during big moments of the past year, such as the night Mr Trump addressed the Republican National Convention and election night. He continues to live full-time in New York City with his mother, first lady Melania Trump.

"It's not an easy thing for him. Believe me," Mr Trump said of his son.

In contrast, Trump's adult children - Don, Eric, Ivanka and Tiffany - are sharing the limelight with their famous father. Don and Eric are running the family business, and Ivanka could end up joining the administration. All three Trump children sat in on meetings their father conducted before and after he took office.

Doug Wead, who wrote a book about the children of presidents, said it's the "ultimate hurt" when the offspring become the vehicle for the ire that some grown-ups wish they could direct toward the president. He said kids become targets because they're seen as weak.

Anita McBride, who worked for three Republican presidents and was first lady Laura Bush's chief of staff, said President Barack Obama and his wife, Michelle, did a good job shielding their daughters from most public scrutiny. Mr Bush's daughters were college-bound when he was elected in 2000, so they didn't live in the White House. But their underage drinking made headlines.

"Why in a matter of 24 hours should it be different for this child?" Ms McBride said of Barron.

Chelsea Clinton said on Twitter that "Barron Trump deserves the chance every child does - to be a kid." But she also added that standing up for kids means opposing Mr Trump policies that hurt them.

The supportive tweet from the former first daughter - who is good friends with Barron's sister Ivanka - shed light on the exclusive club of "first children," who seem to be looking out for one another.

Jenna and Barbara Bush recently applauded Malia and Sasha Obama for surviving the "unbelievable pressure of the White House" and enduring "harsh criticism of your parents by people" who don't know them.

"Take all that you have seen, the people you have met, the lessons you have learned, and let that help guide you in making positive change. We have no doubt you will," they encouraged the Obama girls in a letter. The Bush sisters also wrote a letter to the Obama girls when they moved into the White House in 2009 at ages 10 and 7.

Mr Wead said few tears should be shed over the fact that these children sometimes get rough treatment from the public.

As children of privilege, they are steps ahead of so many of their peers.