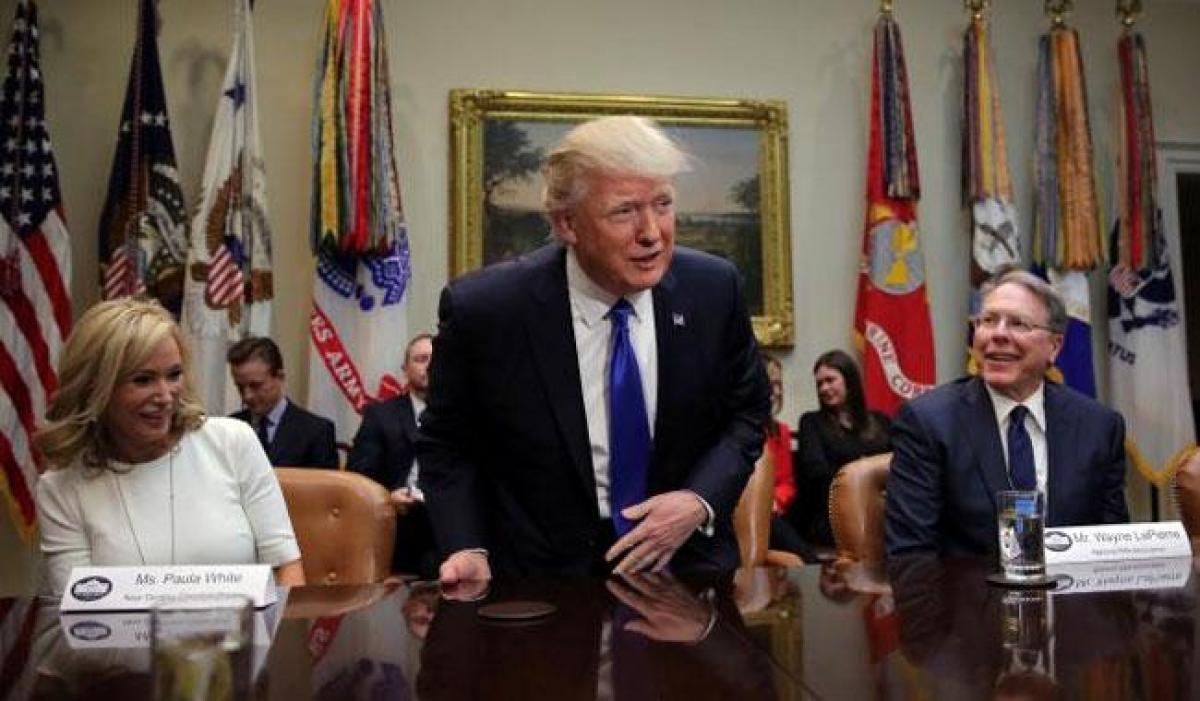 President Donald Trump\'s order temporarily banning U.S. entry to people from seven Muslim-majority countries came under intense scrutiny on Tuesday from a federal appeals court that questioned whether the ban unfairly targeted people over their religion.

President Donald Trump's order temporarily banning U.S. entry to people from seven Muslim-majority countries came under intense scrutiny on Tuesday from a federal appeals court that questioned whether the ban unfairly targeted people over their religion.

During a more than hour-long oral argument, a three-judge panel of the 9th U.S. Circuit Court of Appeals pressed a government lawyer whether the Trump administration's national security argument was backed by evidence that people from the seven countries posed a danger.

The 9th Circuit said at the end of the session it would issue a ruling as soon as possible. Earlier on Tuesday, the court said it would likely rule this week but would not issue a same-day ruling. The matter will ultimately likely go to the U.S. Supreme Court.

Trump's Jan. 27 order barred travelers from Iran, Iraq, Libya, Somalia, Sudan, Syria and Yemen from entering for 90 days and all refugees for 120 days, except refugees from Syria, whom he would ban indefinitely.

Trump, who took office on Jan. 20, has defended the measure, the most divisive act of his young presidency, as necessary for national security.

The order sparked protests and chaos at U.S. and overseas airports. Opponents also assailed it as discriminatory against Muslims in violation of the U.S. Constitution and applicable laws.

A federal judge in Seattle suspended the order last Friday and many travelers who had been waylaid by the ban quickly moved to travel to the United States while it was in limbo.

August Flentje, representing the Trump administration as special counsel for the U.S. Justice Department, told the appellate panel that "Congress has expressly authorized the president to suspend entry of categories of aliens" for national security reasons.

"That’s what the president did here," Flentje said at the start of the oral argument conducted by telephone and live-streamed on the internet.

When the 9th Circuit asked Flentje what evidence the executive order had used to connect the seven countries affected by the order with terrorism in the United States, Flentje said the "proceedings have been moving very fast," without giving specific examples.

He said both Congress and the previous administration of Democrat Barack Obama had determined that those seven countries posed the greatest risk of terrorism and had in the past put stricter visa requirements on them.

"I'm not sure I'm convincing the court," Flentje said at one point.

Noah Purcell, solicitor general for the state of Washington, began his argument urging the court to serve "as a check on executive abuses."

"The president is asking this court to abdicate that role here," Purcell said. "The court should decline that invitation."

The judges pummeled both sides with questions. Clifton pushed both attorneys about whether there was evidence the ban was intended to discriminate against Muslims.

"I don't think allegations cut it at this stage," Clifton told Purcell.

Clifton later questioned Flentje after the attorney argued the Seattle judge had second-guessed Trump's order "based on some newspaper articles."

The judge referred to recent televised statements by former New York Mayor Rudy Giuliani, who advised Trump during his campaign and transition, that the president had asked him for advice about implementing a legal Muslim ban.

Trump frequently promised during his 2016 election campaign to curb illegal immigration, especially from Mexico, and to crack down on Islamist violence.

National security veterans, major U.S. technology companies and law enforcement officials from more than a dozen states have backed a legal effort against the ban.

The legal fight over Trump's ban ultimately centers on how much power a president has to decide who cannot enter the United States and whether the order violates a provision of the U.S. Constitution that prohibits laws favoring one religion over another, along with relevant discrimination laws.

The appeals court is only looking, however, at whether the Seattle court had the grounds to halt Trump's order while the case challenging the underlying order proceeds.

"To be clear, all that's at issue tonight in the hearing is an interim decision on whether the president's order is enforced or not, until the case is heard on the actual merits of the order," White House spokesman Sean Spicer said.