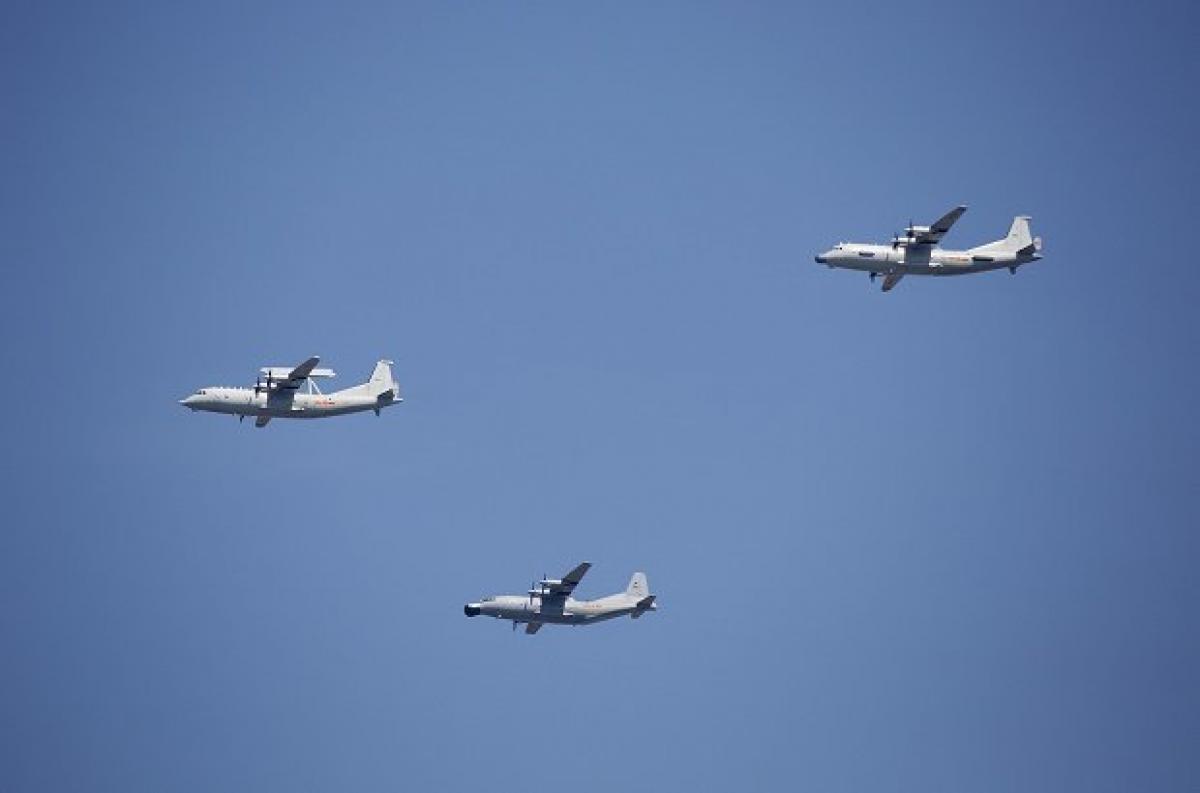 The Pentagon said a close encounter between a Chinese early warning aircraft and a US Navy patrol plane over the South China Sea appeared to be...

The Pentagon said a close encounter between a Chinese early warning aircraft and a US Navy patrol plane over the South China Sea appeared to be unintentional and both pilots maintained professional radio contact.

This is the first such incident known to have taken place under President Donald Trump administration.

A Chinese KJ-200 flew within 1,000 feet of a US Navy P-3C in international airspace over Scarborough Shoal near the Philippines on Wednesday, Pentagon spokesman Capt. Jeff Davis told reporters in Washington.

He said the Chinese aircraft "crossed the nose" of the P-3, forcing it to make an immediate turn.

"We don't see any evidence that it was intentional," he said, adding that the incident was a "one-off." He said both pilots were in "normal radio contact" and their communication "professional."

The Chinese Defense Ministry did not immediately respond to a faxed request for comment.

However, the website of the Communist Party newspaper Global Times quoted an unidentified ministry official as saying that the Chinese pilot had responded in a "legal and professional manner."

Philippine Defense Department spokesman Arsenio Andolong also expressed concern because the incident happened near Scarborough Shoal, which is located within the Philippines' 200-mile exclusive economic zone but claimed by China, which seized it in 2012 after a tense standoff with Philippine vessels.

"We're worried of possible miscalculation and it's good to know that nothing untoward happened," Andolong said by telephone. If such foreign aircrafts venture into Philippine airspace, "we deserved to be told out of courtesy."

Such incidents have occurred occasionally over and within the South China Sea, which China claims virtually in its entirety.