US, Japan First Ladies: Both Unconventional Yet Poles Apart 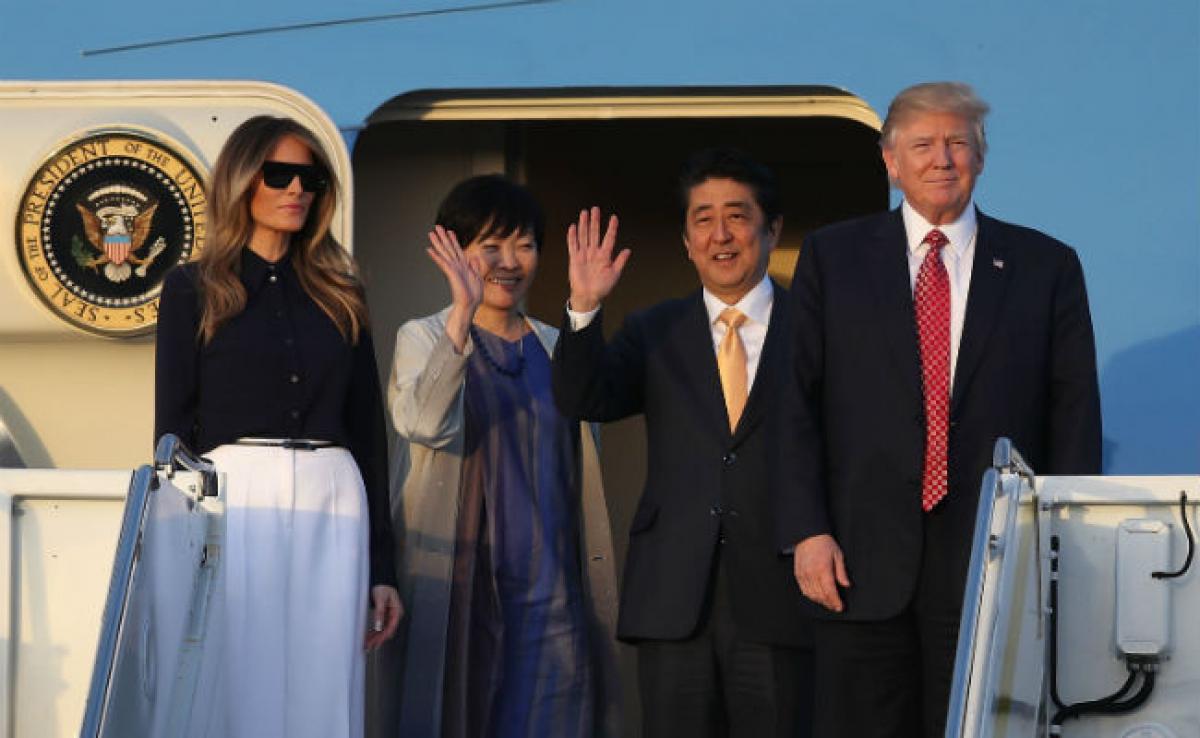 When Japanese first lady Akie Abe made her rounds in Washington on Friday, noticeably absent was the high-level chaperone of previous visits - America\'s first lady. Rather than Melania Trump, it was the wife of the Japanese ambassador to the United States who accompanied Akie Abe on a visit to a local university, a Japanese embassy official said.

When Japanese first lady Akie Abe made her rounds in Washington on Friday, noticeably absent was the high-level chaperone of previous visits - America's first lady. Rather than Melania Trump, it was the wife of the Japanese ambassador to the United States who accompanied Akie Abe on a visit to a local university, a Japanese embassy official said.

That was a departure from Akie Abe's previous visits to Washington. In 2007, she was treated to a tour with Laura Bush to George Washington's home, Mount Vernon, and in 2015, she and Michelle Obama stopped by a northern Virginia elementary school with a Japanese immersion program.

The break with convention, three weeks into husband Donald Trump's presidency, is another sign that Melania Trump may have different designs on the first lady's role than her predecessors.

Melania Trump has elected to stay in New York for now while her son finishes his school year. It is not yet clear if she will take a prominent role in White House social events, including accompanying fellow first ladies on their visits to the capital.

Japanese Prime Minister Shinzo Abe and his wife are scheduled to spend the weekend at the Trumps' Florida Mar-a-Lago retreat, where the two leaders will golf and the task of hosting Ms Abe will fall to Ms Trump.

While their husbands strive to appear in lock-step on US-Japan relations this weekend, Melania Trump may find in her Japanese counterpart someone who is in many ways her opposite - a political spouse who does not shun the limelight and disagrees publicly with her powerful husband.

Melania Trump, a former model from Slovenia, rarely airs differences of opinion with her husband. Akie Abe, in contrast, has used news interviews to make policy recommendations for his administration, leading some to dub her the "household opposition."

She told Reuters in 2014 that Japan should consider cutting spending and boosting the economy before further raising the sales tax, to 10 per cent. She said she had urged her husband not to go forward with the first stage of the rise, to eight per cent, to no avail.

Critiquing Japan's male-dominated professional culture, Akie Abe told Bloomberg last year that Japanese women are held back by pressure from men to be "cute" rather than "capable and hardworking."

Her public profile makes her a rarity in Japan as well as a stark contrast with Melania Trump, who largely avoided the campaign trail, has not shown deep interest in public policy, and has rarely disagreed with Mr Trump in public despite some damaging revelations.

When a videotape of Mr Trump emerged during the 2016 presidential campaign in which he boasted about grabbing women by their genitals, Ms Trump said in a brief statement that his words were "unacceptable and offensive" but that she had accepted his apology.

The differing styles could keep the weekend conversations on the light side.

"I would certainly expect no discussion of global politics" between Ms Trump and Ms Akie, said Jean Harris, a University of Scranton professor who has studied the role of first ladies. "I don't see Melania as wanting to be part of those conversations."

Akie Abe's openness in stating points of disagreement with her husband has few parallels even in American politics, where first ladies tend not to diverge from their husbands in public, though they may be crucial advisors behind the scenes, Harris said.

Just after the election, Melania Trump said in a CBS interview that she chides her husband "all the time" for his Twitter attacks.

"Sometimes he listens, sometimes he doesn't," she said. "I give him my opinion. And he could do whatever he likes with it."