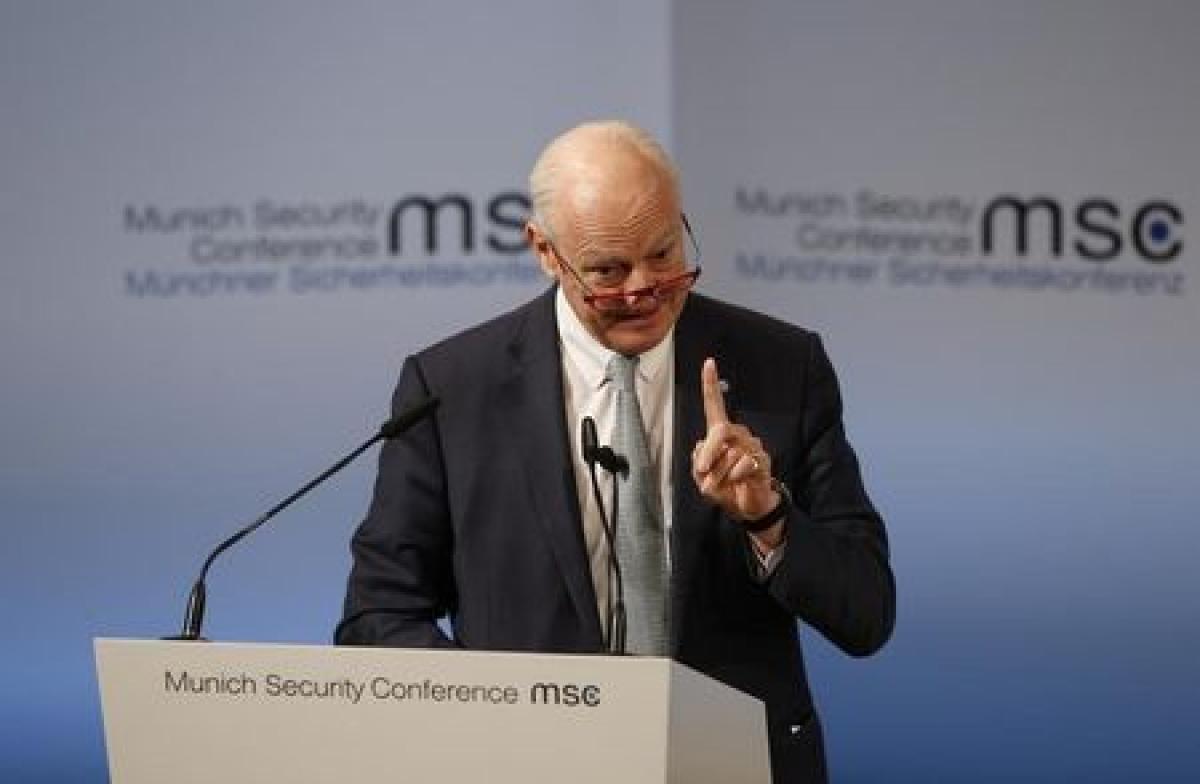 UN envoy Staffan de Mistura on Sunday questioned US President Donald Trump\'s engagement in solving the Syrian war, just days ahead of a new round of peace talks in Geneva.

UN envoy Staffan de Mistura on Sunday questioned US President Donald Trump's engagement in solving the Syrian war, just days ahead of a new round of peace talks in Geneva.

"Where is the US in all this? I can't tell you because I don't know," he said, adding that the new administration was still trying to work out its priorities on the conflict.

The top three US priorities include fighting Islamic State jihadists, "how to limit the influence of some major regional players and how to not to damage one of their major allies in the region," de Mistura told the Munich Security Conference.

"How you square this circle, that I understand is what they are discussing in Washington," he said.

He did not say who the regional player or major ally were but the first reference appeared to be to Iran, with the second likely to be either Turkey or Saudi Arabia.

Mistura stressed that what was ultimately key was an inclusive political solution to end the six-year conflict.

"Even a ceasefire with two guarantors can't hold too long if there is no political horizon," he said, referring to a fragile truce brokered by Russia and Turkey in December.

Any political solution has to be inclusive to be credible, he said, stressing that peace talks in Astana last week organised by Russia, Turkey and Iran, and the ceasefire deal provided an opening that should be explored.

The US envoy for the anti-IS coalition, Brett McGurk, acknowledged that Trump's administration is "re-looking at everything, which is a very healthy process from top to bottom."

"We will be very selfish about protecting and advancing our interests," he told the same forum.

Under Trump's predecessor Barack Obama, Washington insisted President Bashar al-Assad had to go, putting it at odds with Moscow which backs the Syrian leader.

At the same time, Trump has called for closer cooperation with Moscow to combat IS in Syria and Iraq, leaving the Assad question open.

For Anas al-Abdeh, who heads the opposition National Coalition, the question over Assad's future is a clear roadblock in the path for peace.

No solution can be found "as long as Assad remains in power," he told the Munich forum.

More than 310,000 people have died since a popular uprising in 2011 against Assad morphed into all-out civil war, with more than half the population forced to flee their homes.

A new round of UN-led talks is due to be held in Geneva on February 23, involving Syrian regime and rebel representatives.